The United Nations Human Rights Committee has declared that the Australian government violated the human rights of Indigenous Torres Strait Islanders by failing to adequately protect them from the severe impacts of climate change.

Lawyers have described the decision, issued last week, as “pathbreaking” and the most important climate decision issued to date by an international human rights tribunal. It is the first time that a judicial body focused on human rights has told a government to pay for harm caused by climate change, and it expands a growing body of law framing the issue as a human rights emergency.

In the decision, which was opposed by the Australian government in Canberra, the committee’s 18 human rights experts judged that Australia has violated the islanders’ rights to their family life and their culture under the International Covenant on Civil and Political Rights, or ICCPR.

In 1991, Australia opted to accept the committee’s authority to oversee the implementation of the treaty, which has been ratified by 173 countries, and to allow Australian citizens to file complaints against the government for violating their rights. The eight adults and six children who submitted the complaint are Indigenous inhabitants of four low-lying islands.

The Torres Strait Islands, located between northwestern continental Australia and Papua New Guinea, are home to some of the “most vulnerable populations” to climate change, the committee said. The islands have been buffeted by a rise in sea levels, flooding, high temperatures, ocean acidification, the loss of shoreline, coral bleaching and the extinction of species that are culturally important to native communities.

While Australia has taken some measures to help the inhabitants adapt to climate change, monitoring heat and tide levels and beginning construction on a sea wall, those measures have proved to be too little, too late, the committee said.

According to islanders, storm surges have become so intense that in some cases they have destroyed family grave sites, scattering human remains. Visiting the graves of loved ones is a core part of the islanders’ cultures, and specific rites of passage can only take place on their ancestral lands.

In its decision, the committee told Australia to compensate the islanders for climate-related harm, carry out meaningful consultations with their communities to understand their needs and take action to ensure that the inhabitants can safely occupy their lands. Australia has 180 days from the date of the ruling, Sept. 23, to relay information to the committee about how it is carrying out the order.

The islanders had raised concerns about the impacts of climate change on their land and way of life with the Australian government as far back as the 1990s. Rising seawater has seeped into their communities, killing off native plants like coconut trees that are part of the islanders’  traditional diet.

The decision makes clear that governments are obligated to protect their citizens from foreseeable harm caused by climate change, according to John Knox, a professor of international law at Wake Forest University and a former special rapporteur, or independent expert, on human rights and the environment for the U.N.

Knox said he expected the decision to catalyze similar complaints to the committee and to other courts, including an ongoing campaign to place the question of state responsibility for climate change before the International Court of Justice.

“This is another sign of the development of the field of human rights and the environment,” Knox said. “It shows how human rights can be leveraged to force faster and more effective climate action.”

Panel Rejects Complaint About ‘a Right to Life with Dignity’

While the committee found that Australia had violated the islanders’ rights to family life and their culture, it denied their claim that their right to life with dignity under the ICCPR has been violated.

The committee based that portion of its ruling on the Islanders’ argument that their land will become uninhabitable within 10 to 15 years. Because the Australian government is taking adaptive measures like building a 1,022-meter-long wave return wall, there is still time for such “intervening acts” to counter a direct threat to the islanders’ right to life with dignity, the panel reasoned.

The decision focused narrowly on adaptation without explaining why it bypassed the mitigation claim. From a legal perspective, Knox said, it is easier to address Australia’s adaptation responsibilities because governments have a duty to protect their people from threats regardless of whether the government contributed to the problem.

“If this was a meteor headed to the Torres Strait Islands, Australia would have an obligation to protect them,” Knox said. “It doesn’t matter what Australia’s percentage contribution to global warming is, it has to protect its people.”

Evaluating mitigation measures involves a more difficult legal analysis, taking into account a country’s greenhouse gas emissions, historical circumstances and technical capacity. The timeline for the benefits of emission reductions is typically much longer than the one for adaptation measures because some greenhouse gases like carbon dioxide can stay in the atmosphere for hundreds of years.

At the outset of its written decision, the committee noted that between 1990 and 2016, Australia ranked 43rd out of 45 developed countries in reducing its greenhouse gas emissions. Since 1990, the nation “has actively pursued policies that have increased emissions by promoting the extraction and use of fossil fuels, in particular thermal coal for electricity generation,” the committee stated, citing facts presented by the islanders.

Knox described the committee’s failure to address the claim that Australia had failed to mitigate its contribution to climate change as a “missed opportunity,” but pointed out that the rights body did not say that Australia had no mitigation responsibility.

Other climate change-related litigation has touched on the mitigation issue, including a case in which a Dutch court ordered the Netherlands in 2015 to reduce its greenhouse gas emissions, basing the decision in part on human rights law. The ruling in that case, Urgenda Foundation v. State of the Netherlands, was affirmed upon appeal and reflected a significant uptick in litigation and legislation tying human rights to governments’ responsibilities to address climate change through both mitigation and adaptation.

This week, the Council of Europe called on member states to recognize the human right to a clean environment, an action that was also embraced by the U.N. General Assembly in July. In May, the first U.N. special rapporteur on the protection of human rights in regard to climate change began his work by focusing on mitigation as well as losses and damages. And last week, ClientEarth, the environmental law nonprofit representing the Torres Strait Islanders, filed a separate lawsuit against the German government on behalf of German citizens over toxic air pollution, with claims rooted partly in human rights law as well.

“This decision confirms that international human rights law has teeth in the context of climate change—both when it comes to reducing emissions and protecting people from current and future climate impacts,” Marjanac said in a written statement. 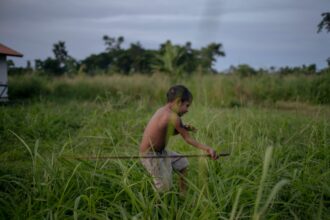 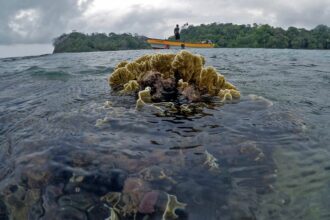