The Keystone Pipeline spilled as much as 383,000 gallons of crude oil into rural wetlands in North Dakota this week before the pipeline was shut down, making it one of the largest oil spills in the country in the past decade, state officials confirmed on Thursday.

The spill had been reported just hours after an environmental assessment hearing for the controversial Keystone XL pipeline, a separate crude oil pipeline being built by the same company—TC Energy, formerly TransCanada.

“When we are talking about what could happen or the risk that is posed by oil spills, we have yet another illustration here in North Dakota about what can happen,” said Catherine Collentine, associate director of the Sierra Club’s Beyond Dirty Fuels Initiative. “It’s something that we need to be looking very closely at given the number of water crossings and the route of the proposed Keystone XL pipeline.”

What caused the new oil spill wasn’t yet clear Thursday night, said Karl Rockeman, director of the Division of Water Quality for the North Dakota Department of Environmental Quality. He said the oil had flowed into a ditch that drains agricultural land near the small town of Edinburg, in the northeast corner of the state, and had gone about 1,500 feet, or about the length of four football fields.

The Keystone Pipeline, stretching 2,147 miles from the tar sands region of Alberta to the Midwest, has a history of oil spills. Nearly a dozen, mostly small spills occurred in its first year of operation after coming online in 2010, according to news reports at the time. It has had several more since then, some of them large. In April 2016, it spilled 16,800 gallons of crude oil onto a rural agricultural area near Freeman, South Dakota. In November 2017, the pipeline spilled 276,864 gallons of crude oil near Amherst, South Dakota, according to the U.S. State Department.

“It’s a lot for a new pipe,” said Rebecca Craven, program director for the non-profit Pipeline Safety Trust. The 2017 spill had shut the pipeline down for two weeks.

At 383,000 gallons, this week’s spill would be the eighth largest in the United States since 2010, according to data from the U.S. Department of Transportation’s Pipeline and Hazardous Materials Safety Administration.

The oil that spilled was a mix of conventional crude and tar sands crude, according to Rockeman.

TC Energy said it noticed the pressure drop in the pipeline Tuesday evening and started shutting it down. “Emergency crews remain focused on responding to our release and have begun recovering oil, using vac trucks, backhoes and other specialized equipment on-site to assist in the recovery efforts, the company wrote on its website on Thursday.

Keystone’s leak in North Dakota was reported just hours after the U.S. State Department held a public hearing in Billings, Montana, on the potential environmental impact of the proposed Keystone XL pipeline.

Keystone XL, which TC Energy hopes start building next year, has been a flash point for protests and legal battles since it was proposed over a decade ago. Opponents often point to the risks that a rupture or leak in a crude oil pipeline could pose to waterways and aquifers. On its website for the pipeline, TC energy describes it as “the most environmentally responsible way of moving crude oil and natural gas over long distances.”

“It’s troublesome that they are having as many incidents as they are on the first Keystone,” Craven said, “particularly when it’s a period of time that I would think they would be hyper vigilant about making sure nothing went wrong while they are trying to get the final approvals for KXL.” 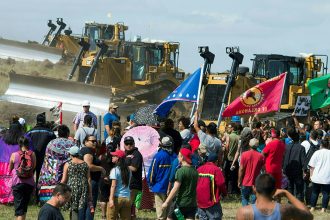 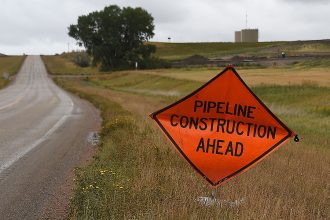