Maryland’s Office of People’s Counsel (OPC) has asked a state circuit court to order the Maryland Public Service Commission to investigate a gas utility company for deceiving its customers by falsely claiming that natural gas is cleaner than electric power and undermining the state’s goal to reduce greenhouse gas emissions.

The disagreement emerged when OPC, an independent state agency that represents the interests of utility ratepayers before the PSC, filed a complaint with the commission, saying that Washington Gas customers received bills last fall that included deceptive marketing statements about the “environmental benefits” of natural gas.

“Natural gas is a clean, efficient, and reliable energy. Converting an all-electric home to natural gas is equivalent of 2.75 acres of trees or driving 26,520 fewer miles each year,” the Washington Gas bills said. “In addition, natural gas costs 1/3 less than electric, which makes it a smart decision for the environment and your wallet.”

Refuting the Washington Gas claims, the OPC said in its initial complaint against the commission that natural gas is a significant source of greenhouse gas emissions and its “production and consumption in the United States emits more than 1,500 million metric tons of CO2—about one-third of the United States’ total annual CO2 emissions.”

The marketing statement falsely implied that natural gas use did not result in significant greenhouse gas emissions, the OPC said, and misled consumers about other emissions attributes of natural gas.

“Despite the well-known fact that natural gas production, distribution, and consumption are major sources of greenhouse gas emissions, the marketing statements contain no substantiating or contextual information to qualify the environmental claims,” the OPC said.

Before filing its motion for judicial review, the OPC asked the commission to direct Washington Gas and its affiliate, WGL Energy, to immediately remove the misleading marketing claim from bills, impose penalties of at least $500,000 on each of the two companies, and investigate their billing practices.

Andre Francis, director of strategic communication for Washington Gas, in a written statement  said: “The Maryland Public Service Commission exercised authority granted by the General Assembly to dismiss the Office of People’s Counsel deceptive marketing complaint as legally insufficient. OPC has appealed that dismissal to the Montgomery County Circuit Court. Washington Gas does not comment on active litigation.”

Tori Leonard, communications director for the Maryland Public Service Commission, said in a statement: “We decline further comment on this matter due to pending litigation in Montgomery County Circuit Court.”

A study by the Environmental Protection Agency found that “massive amounts” of methane leaking from “each piece of equipment” in the natural gas industry meant that global warming could not be reduced by replacing coal and oil fuels with natural gas.

Another study by the Environmental Defense Fund—a national nonprofit—showed that methane leaks from 2012 to 2018 in the U.S. were 60 percent higher than the government’s estimate.

Measuring methane emissions from the U.S. oil and gas supply chain, the nonprofit said that the oil and gas industry emitted at least 13 million metric tons of methane a year compared to EPA’s eight million metric tons per year estimate. The wasted gas is enough to fuel 10 million homes for a year and worth an estimated $2 billion, EDF said in the report.

Methane, the main component of natural gas, traps about 80 times more heat than carbon dioxide, and about 25 times more over 100 years.

The Public Service Commission, in its decision, sided with Washington Gas and WGL Energy and dismissed the OPC’s complaint. The decision argued that natural gas and its role in greenhouse gas emissions was too broad an environmental policy issue to be settled through the complaint. It also tossed the charges of deceptive marketing and ambiguous billing practices by the utility company and its affiliate raised by the OPC.

Michael Richard, one of five PSC commissioners, disagreed with the decision. In his dissenting note, Richard said it was worth investigating whether the statement on the bills was deceptive, could harm customers’ savings and failed to address their environmental concerns. He also said the statement could be inconsistent with current state policies regarding reduction of carbon emissions.

In March, the People’s Counsel requested a rehearing, which was also dismissed by the commission on similar grounds. On Sept. 1, the OPC filed the motion for judicial review in  Montgomery County.

Separately, People’s Counsel David Lapp, in a statement, said that Washington Gas has a state-granted monopoly and its customers must trust state regulators to protect them from misleading messages entering their homes through their utility bills. “[T]he Commission’s job is to make sure utilities are not using customer bills to deceive captive utility customers,” he said. “In this case, the Public Service Commission has broken that trust.”

In its 12-page response, the Public Service Commission said that it “simply has no interest” in investigating the marketing statement on Washington Gas’s residential bills and that there are good arguments both in favor and against how “clean” natural gas is.

“[T]he only ‘clean’ energy is no energy,” the commission said. “Once one’s activist inclinations are put aside, solar and wind generation are quite ‘dirty.’” It substantiated its assertions by quoting Paul Driessen, a senior policy advisor for the Committee for a Constructive Tomorrow and the Center for the Defense of Free Enterprise, which are known for their denial of climate change.

Borrowing from Driessen, the commission said that the advocates of zero-emission policy goals don’t understand what it would take to achieve those goals. “[I]t would require millions of wind turbines, billions of solar panels, billions of EV and backup batteries, millions of transformers, thousands of miles of transmission lines—sprawling across many millions of acres of wildlife habitat, scenic and agricultural lands, and people’s once-placid backyards.”

The commission, quoting Driessen, said that a zero-carbon future would need billions of tons of battery materials which would require mining, crushing, processing and refining after removing another millions of tons of overlaying rock throughout the world, in addition to transmission lines.

The PSC also quoted Steven Koonin, who is known for his highly misleading views about climate science, and questioned the scientific accuracy of the analysis by the United Nations Intergovernmental Panel on Climate Change (IPCC). “The more detailed data the scientists can input into a model,” the commission said of the IPCC, “the less certain the output becomes.”

The People’s Counsel, in its latest legal brief, said that the Commission’s remarks about climate change were false and incorrect, and, as an example, cited an analysis by the National Renewable Energy Laboratory, which found that the lifecycle greenhouse gas emissions per kilowatt hour of natural gas far exceeded those of solar energy.

The OPC also criticized the commission for quoting Driessen who, the OPC said, had described wind and solar as “magic pixie dust” and also claimed there was no evidence to support a “dangerous man made climate change” thesis. It also chided the PSC for doubting the scientific accuracy of climate change and the IPCC reports by quoting a “noted climate change skeptic Steven Koonin.”

“This is clearly nonsense,” said Bill McKibben, the environmentalist, leader of the climate group 350.org and author of “The End of Nature.” Fossil gas produces carbon dioxide when burned, he said, and when unburned methane leaks into the atmosphere it traps far more heat, molecule per molecule, than CO2.

“Every single analysis by any serious scientist makes clear that, with all its lifecycle emissions included, solar energy is by far less damaging to the atmosphere,” McKibben said. “It’s a sign of intellectual cowardice,” he said, if the Public Service Commission cannot say so, “which does not bode well for their efforts to deal with the greatest crisis we face.”

“As outright denial becomes untenable, we see the repurposing of climate change deniers as promoters of deflection and delay, promoting false solutions like natural gas,” said Michael Mann, a climate scientist and professor at the University of Pennsylvania and director of the Penn Center for Science, Sustainability, and the Media.

Mann said that spokesmen for the fossil fuel industry typically try to talk down real solutions to climate change like renewable energy. “So, they make all sorts of untrue and misleading claims about them, hoping to depress support for renewables among environmental and climate advocates,” he said. “It’s a dishonest two-pronged strategy done in service of the fossil fuel industry.”

Susan Miller, senior attorney with the nonprofit EarthJustice, said that because of the commission’s refusal to take action, the misleading statement is still on customer bills and people are still being misled.

Miller filed a petition in the court in Montgomery County on behalf of the nonprofit Sierra Club seeking judicial review.

She said that the ratepayers will be open to similar misleading tactics if the commission refuses to examine whether statements are misleading or not. “And just as importantly, it will become more difficult to actually get the truth out to people that natural gas is harming the environment and that we have to move away from it,” she said.

A hearing is set for Nov. 3 in the circuit court of Montgomery County. 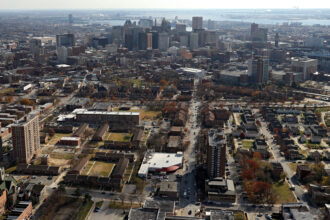 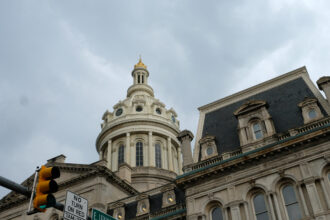 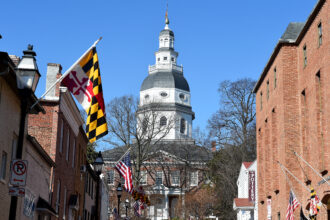