Many scenarios for averting the worst effects of climate change involve electrifying just about everything that now runs on fossil fuels, and shifting to an electricity system that runs mostly on wind and solar.

Can this be done reliably and with existing technologies?

That’s one of the main findings of the Electrification Futures Study, an ambitious project of the National Renewable Energy Laboratory that started four years ago and has now issued its final report.

The transformation to a highly electrified economy is an opportunity for consumers and businesses because of the potential for cost-savings and for developing and selling new generations of products, said Ella Zhou, a senior modeling engineer at NREL and a co-author of the report.

“This offers useful information literally for everyone, because electricity touches all of our lives,” she said.

In a sign of changing times and shifting control in Washington, the report’s introduction mentions “decarbonization” and “climate change mitigation” in its first sentence, something that would have been almost unthinkable from a national laboratory during the Trump administration.

Zhou didn’t comment about the partisan shift, but she did note how much the conversation about the transition to clean energy had changed since the project started in 2017. The idea of electrifying the economy is much closer to the mainstream now than it was then, she said, as is the broad understanding that a shift to renewable energy can save money, compared to using fossil fuels.

Previous reports from the project have helped to estimate how much electricity would be needed to run nearly all of the economy, including heating homes and driving cars. The latest installment uses a model of projected electricity supply and demand in 2050, down to the hourly level, and concludes that a transition to mostly renewable energy is possible, but will require households and businesses to be flexible in how they consume electricity.

Some of the report’s findings:

While the findings are encouraging about the potential to electrify most of the economy, the report also shows the huge scale of the transformation that is needed.

Under the “high electrification” scenario, the country’s annual electricity consumption would rise to about 6,700 terawatt-hours, 81 percent more than in 2018, based on an estimate from a previous report in the series.

The scenario assumes that electricity would power about three-quarters of the miles traveled by vehicles in 2050. So most of us would be driving EVs, but a small share of vehicles would run on other fuels, including gasoline.

The growth in electricity consumption would require a massive build-out of solar arrays, along with onshore and offshore wind farms, with those resources providing about two-thirds of the country’s electricity generation. The remaining one-third would come from hydroelectric, natural gas, nuclear and other resources. As in transportation, fossil fuels would continue to be part of the mix, but a small one.

To help put 6,700 terawatt-hours into perspective, that’s 14 times the electricity that was generated in the United States last year from wind and solar.

Considering that many wind and solar projects face local backlash from residents, building on such a large scale would require some way of getting local people on board or overcoming their opposition. The report doesn’t examine the political and social challenges, but some energy analysts view those issues as some of the main reasons to question the feasibility of high levels of electrification.

The report says that a “reference” scenario, with a much more gradual shift to electricity, would lead to consumption of about 4,800 terawatt-hours in 2050, 29 percent more than 2018.

Transportation is responsible for more than three-quarters of the increase in electricity consumption between the high-electrification and reference scenarios. At the same time, transportation is a big part of managing demand, providing much of the flexibility in the power system because consumers could decide when to charge their vehicles and would respond to incentives like low rates for overnight charging.

Notably, the shift of the building sector to using electric heat is only a small share of the increase in electricity demand. One reason is that air source heat pumps, the main technology for new electric heating systems, are highly efficient.

Zhou used the words “opportunity” and “opportunities” many times in our conversation, underscoring how her research shows an electrified economy is not only possible, but also desirable.

Arizona Utility Regulators Change Course (Again) on Clean Energy Targets: I wrote last month about how a push for a 100 percent carbon-free electricity plan had fallen apart in Arizona. Now a regulatory commission has changed course again and revived a version of the plan in a 3 to 2 vote, as Bob Christie reports for the Associated Press. But clean energy advocates should wait before they celebrate. The new version has a longer timeline, with a 2070 deadline instead of 2050, and commissioners will need to hold a public comment period and hearings and then vote a second time on the plan in the fall, before it becomes official. That leaves lots of opportunities for the process to unravel again.

Offshore Wind Could Change United States-Canada Energy Trade Balance: The Northeast United States has been a reliable market for hydroelectric power from Canada, a dynamic that could change with the development of U.S. offshore wind. Power will continue to flow from Canada to the United States, but it may also start to flow in the opposite direction, as the two countries figure out how their relationship may change, Gene Laverty reports for S&P Market Intelligence.

Xcel Energy Bidding Shows Bigger Savings than Previously Known: Xcel Energy drew  attention with a bidding process in Colorado in 2016 and 2017 that showed the potential for big savings with wind and solar. It turns out that the savings were even bigger than was reported at the time, according to a recent presentation by Xcel that was reported by Herman K. Trabish for Utility Dive. Xcel got the bids through an “all-source” bidding process, in which power companies could submit bids from any electricity source. Xcel demonstrated how all-source bidding could lead to unusually low prices, an insight that has inspired other utilities to follow suit.

Ford Says 40 Percent of Its Car Sales Will Be EVs by 2030: Ford has had a busy few weeks announcing its plans for an electric F-150 pickup and then telling investors about how EVs fit into the company’s larger plans, as Michael Wayland writes for CNBC. Ford said it is aiming to make EVs 40 percent of its car sales by 2030, which would be an increase from near zero. The goal was part of a plan to increase sales and profit at a time of rapid change in the auto industry. CEO Jim Farley said the company has its biggest opportunity for growth since the Model T. 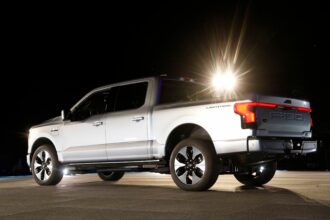 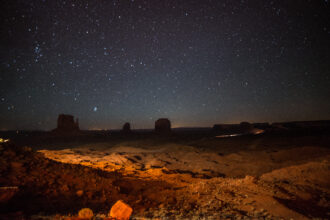