When scientists in the early 2000s developed a set of standardized scenarios to show how accumulating greenhouse gas concentrations in the atmosphere will affect the climate, they were trying to create a framework for understanding how human decisions will affect the trajectory of global warming.

The scenarios help define the possible effects on climate change—how we can limit the worst impacts by curbing greenhouse gas emissions quickly, or suffer the horrific outcome of unchecked fossil fuel burning.

The scientists probably didn’t think their work would trigger a sometimes polarized discussion in their ranks about the language of climate science, but that’s exactly what happened, and for the last several months, the debate has intensified. Some scientists say the worst-case, high emissions scenario isn’t likely because it overestimates the amount of fossil fuels that will be burned in the next few decades.

But a new study published Monday in the Proceedings of the National Academy of Sciences argues that the high-end projection for greenhouse gas concentrations is still the most realistic for planning purposes through at least 2050, because it comes closest to capturing the effects “of both historical emissions and anticipated outcomes of current global climate policies, tracking within 1 percent of actual emissions.”

The scenarios, called Representative Concentration Pathways (RCPs), roughly show how much warmer the world will be by 2100, depending on how much more fossil fuel is burned, and how the climate responds. The best-case scenario (RCP 2.6) is the basis for the Paris climate agreement and would lead to warming of about 3.2 degrees Fahrenheit (1.8 Celsius) by 2100. In that scenario, about 10 percent of the world’s coral reefs could survive, and 20 percent of Alpine glaciers would remain.

The worst-case pathway (RCP 8.5) would result in warming of more than 8 degrees Fahrenheit (4.3 Celsius) by 2100, probably killing nearly all the world’s reefs and definitely pushing vast areas of polar ice sheets to melt, raising sea level by as much as 3 feet by 2100.

Even though it’s unlikely that coal burning will increase as envisioned in the worst-case pathway, cumulative greenhouse gas concentrations are still racing upward toward a level that will cause extremely dangerous heating, said Phil Duffy, who co-authored the paper with two other scientists at the Woods Hole Research Center.

“For near-term time horizons, we think it’s actually the best choice because it matches cumulative emissions. What happened over the last 15 years has been about exactly right compared to what was projected by RCP 8.5,” Duffy said. “For those reasons, it’s still a plausible scenario.”

That holds especially true for medium-term planning through 2050, Duffy said, explaining that the study grew out of some work his research institution was doing with the McKinsey Global Institute exploring the socioeconomic consequences of global warming out to about 2040 or 2050.

“Those are the time horizons those guys care about because it affects things like home mortgages,” he said. “And what about out to 2100? Part of what I think about that is, we have different scenarios because we don’t know, and we shouldn’t characterize scenarios by saying, this one is right, this one is wrong. I think you have to be very careful about saying a scenario is wrong or misleading.”

Stanford Earth scientist Rob Jackson, chair of the Global Carbon Project, said it’s important to remember that RCP scenarios were always intended as an intermediate step on the path to developing more accurate projections that include not only the physical effects of greenhouse gases, but also how those effects could trigger amplification of warming, for example by thawing more permafrost that could unleash unexpected quantities of methane, a greenhouse gas much more potent than carbon dioxide in the short term.

“RCP 8.5 was never really ‘business as usual’ … though that’s what it’s called. It’s just an aggressive picture of greenhouse gas emissions. Unfortunately, we’re much closer to it today than anyone would have wanted. It remains a useful metric,” Jackson said.

But that usefulness may have been tarnished by widespread characterization of RCP 8.5 as a “business-as-usual” scenario, said Pep Canadell, executive director of the Global Carbon Project. For a while, “business-as-usual” seemed accurate because of a dramatic increase of coal burning in China, he added.

But Canadell said most of the research suggesting a continued rapid increase in coal use is now about 10 years old. In fact, “coal emissions have been coming down since 2013, when China peaked coal emissions. Somehow, people got stuck with papers published a long time ago, which caught the imagination of many,” he said.

Additionally, many scientists published papers about climate impacts like sea level rise and heat waves based on the worst-case outcome because they wanted to show the dramatic effects of extreme warning, he said. But the Intergovernmental Panel on Climate Change’s global climate assessments don’t suggest that carbon-climate feedback loops like increasing emissions of greenhouse gases from permafrost could lead to a worst-case outcome, he said.

On a hopeful note, Canadell added that the rate of carbon dioxide emissions have slowed over the last two decades, didn’t grow at all during the last two years and “won’t grow much over the coming years or longer. Even if we resume some growth, it will be modest,” he said. “We don’t know the future, but we are going to be hovering at stabilization of CO2 emissions for quite a few years, up to a decade, and by then renewable energy will be certainly meeting more than the excess energy demand.”

The discussion about the worst-case scenario may be distracting from more urgent matters, said Fredi Otto, acting director of the Environmental Change Institute at the University of Oxford.

“I think the scenarios are there because we cannot predict the future and thus need to explore a whole range of scenarios. What is not helpful is to choose just one scenario. And what I think is extremely unhelpful is to call it business as usual,” she said.

“All this discussion goes very much away from the scientific understanding we are actually trying to gain and implies every scientist would have to define publicly where they are on the spectrum between denial and doom,” she said, “and that is a very stupid point we seem to have arrived at.” 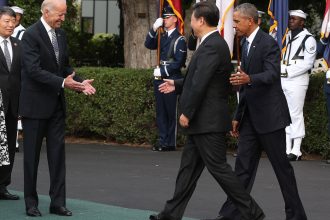 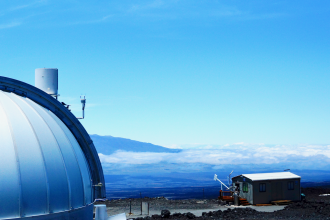 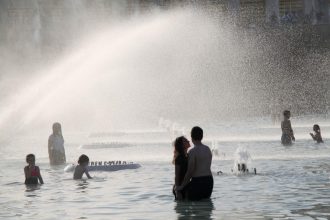