A new report based on electric utilities’ own records reveals a significant challenge confronting the Biden administration as it grapples with enforcing coal ash regulations adopted seven years ago in the wake of natural disasters.

The Environmental Protection Agency waited until January to take its first significant enforcement actions to protect communities from the hundreds of polluting piles of coal ash and other coal-burning waste scattered across the country, often leaking toxic contaminants.

But only half of 265 power plants with ash ponds or landfills that are known to be contaminating groundwater agree that cleanup is necessary, and 96 percent of these dissenters are refusing to propose any groundwater treatment, according to the 212-page report, “Poisonous Coverup: The Widespread Failure of the Power Industry to Clean Up Coal Ash Dumps,” by the Environmental Integrity Project and Earthjustice.

The report, released Thursday, claims that some power companies are illegally manipulating data and monitoring systems to avoid cleanup requirements and proposing inadequate strategies that will not restore groundwater quality.

Lisa Evans, a senior Earthjustice attorney, described the EPA’s task as immense and blamed that reality in part on the nature of the regulations, which were designed to be “self-implementing,” without requiring any action by a regulatory agency, according to EPA.

“The industry cannot and does not police itself,” said Evans, co-author of the report.  “Left to its own devices, the utility industry has chosen every off-ramp it could find to avoid safe closures and comprehensive cleanups. The Biden EPA is trying, but they are hampered by insufficient resources. State agencies are mostly missing in action.”

Climate change only adds to risks of pollution spreading from ash sites, from increasingly frequent and severe storms and flooding, the report noted.

A “glaring hole in the current rule” does not help, said Abel Russ, a senior editor with Environmental Integrity Project, also a co-author. The 2015 rule excluded dumps that stopped receiving waste before 2015, and ash ponds that were completely dried out by then and had also stopped receiving waste. “In my experience, most power plants have at least one or two coal ash dumps that are not covered by the current rule. This obviously makes groundwater cleanup much harder.”

In August, Earthjustice filed a lawsuit in U.S. District Court in Washington, D.C., on behalf of the Environmental Integrity Project, the Sierra Club and several other organizations to close the loophole in the agency’s rules regulating the management of coal ash dumps that have leached toxic pollutants into rivers and lakes across the country.

The environmental advocates, combing through records posted by utilities on their websites as required by the 2015 regulations, had identified buried ash from power plants dumped in open pits in nearly 40 states, often with no liner systems to protect groundwater, or dumped in old landfills—all still unregulated by EPA.

The failure of the vast majority of power companies to follow the 2015 Coal Ash Rule, providing a set of safe disposal requirements, has serious consequences for water quality and public health, according to the new report.

Monitoring data that included additional power plant records confirmed a 2019 report led by Russ that 91 percent of U.S. coal-fired plants have ash landfills or waste ponds that are leaking arsenic, lead, mercury, selenium and other metals into groundwater at dangerous levels, often threatening streams, rivers and drinking water aquifers, according to the new study.

A spokesman for the Edison Electric Institute did not immediately respond to a request for comment.

Dan Chartier, executive director of the Utility Solid Waste Activities Group, a trade group representing utilities that manage coal combustion waste, said that the environmental groups’ report “represents a gross mischaracterization of both the (coal ash) rule and industry’s implementation of the rule. Our industry is committed to the safe operation and closure of (coal ash) disposal units, in compliance with the (coal ash) rule.”

Further, he said, the report “falsely asserts that facilities are ignoring contamination and not acting quickly enough.” Rather, he said, they are following a process established by EPA “to ensure that contamination is appropriately and transparently remediated. If there are impacts to groundwater, rest assured that the law requires that corrective measures will continue until groundwater protection standards are met and affected areas are cleaned-up.”

An EPA representative said the agency was reviewing the environmental group’s report.

In January, EPA Administrator Michael S. Regan said he understood the problem with coal ash, one of the long-term legacies of burning coal, announcing an enforcement crackdown after four years of effort by the Trump administration to relax the coal ash regulations.

“I’ve seen firsthand how coal ash contamination can hurt people and communities,” he said. “Coal ash surface impoundments and landfills must operate and close in a manner that protects public health and the environment. For too long, communities already disproportionately impacted by high levels of pollution have been burdened by improper coal ash disposal. Today’s actions will help us protect communities and hold facilities accountable. We look forward to working with our state partners to reverse damage that has already occurred. EPA will support communities with stakeholder engagement, technical assistance, compliance assistance, and enforcement.”

EPA’s 2015 coal ash regulations were spurred by 160 cases of water contamination at coal ash sites and two major disasters, including one in North Carolina. In 2014, tens of thousands of tons of coal ash spilled from a Duke Energy power plant into the Dan River at Eden, North Carolina, affecting 70 miles of the watershed downstream.

In 2008, there was also a catastrophic ash spill near Knoxville, Tennessee, when a levee that was holding a mountain of sodden ash suddenly broke loose from the Tennessee Valley Authority’s Kingston power plant. Some 300 acres were smothered. The ash flowed into two rivers. Three homes were destroyed, and dozens more were damaged. In the years since hundreds of cleanup workers fell ill and many have died.

Still, cleanup presents challenges and a balancing act, utility grid operators have said. In April, two of the nation’s grid operators warned the EPA that enforcement of coal ash regulations poses risks to the reliability of electrical service over a large part of the country.

The comments came from PJM Interconnect and the Midcontinent Independent System Operator, or MISO, buried deep in government dockets used by the EPA to share public records and collect comments on the agency’s enforcement of the coal ash regulations.

PJM and MISO warned that actions taken by the EPA could at least temporarily shut down coal plants when there is a need for their electricity.

The new report from environmental advocates credited the 2015 regulations getting coal plant owners to monitor groundwater and publicly report the results. Those reports are what the environmental groups examined to come up with their findings.

Among them:   70 percent of the plants with ponds closing with ash in or near groundwater are located in disproportionately low-income neighborhoods or communities of color. And of the 38 plants that have committed to at least one cleanup action, 27 are not actually treating groundwater, but are instead relying on “monitored natural attenuation,” which means the companies will just watch as the pollution continues to seep into the groundwater and flow offsite, according to the report.

The report also identified what it determined were the ten most contaminated coal ash sites in the country, based on the extent of the contamination. They were found in Texas, Nevada, Wyoming, North Carolina, Pennsylvania, Maryland, Mississippi, Utah, and Tennessee.

“In sum, none of these plants are on track to complete an adequate, comprehensive remedy,” the report found. “In fact, the selection of a final remedy has been delayed in most cases. Moreover, all ten sites appear to be violating the Coal Ash Rule with inadequate groundwater monitoring and analysis, failing to address all known sources of contamination, or otherwise avoiding comprehensive cleanup.”

The report made several recommendations to the EPA, including better enforcement, tightening of coal ash regulations, more environmental monitoring, and prohibiting the practice of allowing utilities to leave ash in place if the waste is sitting in groundwater.

“Enforcement is needed immediately to ensure coal ash ponds are not closed in groundwater, that effective cleanup actually occurs, and that coal plants are conducting honest monitoring and assessment of their contamination,” Evans said. “None of this is occurring now.” 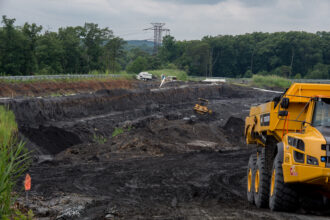 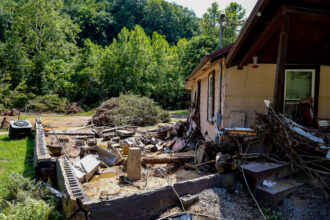