The grant came just days after the Smithsonian, the U.S. government’s giant research and museum organization, enacted a policy on Feb. 14 requiring researchers to disclose the sources of their funding. Soon obtained the grant from Donors Trust, an organization that facilitates contributions largely toward conservative causes from donors who wish to remain anonymous. The Smithsonian declined to make Soon’s grant proposal public.

Soon’s previous failure to divulge funding sources prompted the institution to impose new transparency rules. Researchers now must report the source of any grants of at least $10,000 when publishing under their Smithsonian affiliation. It was revealed last year that Soon published 11 studies in nine scientific journals without disclosing that fossil fuel interests financed the work. Many of Soon’s papers questioned the extent, severity, cause or existence of man-made climate change brought on primarily by the burning of fossil fuels.

“Donors Trust is nothing more than a pass-through black box on the other side of which is a vested interest being obscured by the anonymity process,” said Robert Brulle, a professor of sociology and environmental science at Drexel University in Philadelphia. “It gives us no transparency, only mistrust.”

Soon, who has a Ph.D. in aerospace engineering, has worked since 1992 at the Harvard-Smithsonian Center for Astrophysics in Cambridge, Mass. He relies on grants from outside funders to cover his salary and research expenses. His employment with the center was never in question because “he hasn’t violated any Harvard-Smithsonian policies,” said Christine Pulliam, a spokeswoman for the organization.

In notifying the director of Harvard-Smithsonian’s Astrophysical Observatory in February of the grant to Soon, Donors Trust said in a letter that “the funder wishes to remain anonymous.” Donors Trust didn’t respond to a request for comment. Neither did Soon.

“It is as transparent as we can be,” said John Gibbons, the Smithsonian spokesman. “What we ask is: ‘Is the money coming from a legal entity?’” he said. “That’s as far as we can look into it.”

The Smithsonian committee that crafted the new disclosure policy considered such a scenario and used Donors Trust as model for discussing how deep the policy should go, Gibbons said. He said the Smithsonian doesn’t ask other donors for the sources of their funds. The institution doesn’t believe the anonymous nature of the Donors Trust funds will compromise its integrity, he said.

“We go to great lengths to make sure there are no outside influences on the research,” Gibbons said. “We make sure our employees follow the policies. We have to depend on our employees to act in an ethical manner.”

Soon’s grant from Donors Trust and a pending request for more money from the trust are earmarked for a study called “A Young Sun Analog: HD 30495.” The institution declined to discuss the scope of the project or whether it is connected to climate change.

Stephen Mulkey, a published environmental scientist and former research associate of the Smithsonian, said the nondisclosure harms the Smithsonian and the credibility of the research.

“The source of money from Donors Trust is opaque,” he said. “Smithsonian should not be saying the criteria for transparency have been met because it has not.” Donors Trust is questionable as a funding source for legitimate scientific research, he said. “They have an agenda outside of the mainstream standard for impartial scientific research,” he said.

Smithsonian officials “clearly have not done anything to rein in Dr. Soon, who continues to take this dark money and offers no credible contributions to climate science,” Davies said. Along with Greenpeace, Davies’ group made public the documents last year that put Soon in the midst of the disclosure controversy.

Davies said he wonders whether Soon actually knows who’s behind the anonymous grant.

“If he doesn’t, how does he know it’s not Rex Tillerson [ExxonMobil’s chief executive]?” Davies said. “How does he or Smithsonian know if there is a conflict of interest at all? It’s ludicrous.”

After the disclosures of Soon’s fossil fuel funding last year, Smithsonian officials called for an internal review of its ethics and disclosure policies and an independent one. The reviews focused on Smithsonian policies, not Soon’s conduct. They reached the same conclusions and recommended a series of policy changes that would strengthen the organization’s rules on disclosure and ethics.

One of the recommendations that Smithsonian executives said would be at the center of its ethics overhaul was one calling for researchers to disclose all sources of funding regardless of a journal’s or a publisher’s requirements.

Except for two grants from the Mount Wilson Observatory, all of Soon’s research since 2002 has been funded by fossil fuel interests, according to Harvard-Smithsonian records. The 11 Soon papers range from denial of human-caused global warming to articles that downplay the role of climate change in ecological impacts.

Funders include ExxonMobil, a company coming under intense scrutiny after a series of investigative stories by InsideClimate News revealed that Exxon’s top management knew as far as back as the 1970s of the threat of global warming from the burning of fossil fuels.

Exxon gave Soon more than $131,000 in 2007 and 2008 for research that resulted in papers questioning whether climate change was dangerous for polar bears and whether the Arctic was warming.

Another of Soon’s funders was the Southern Company, which generates power for nine states largely from coal. Southern funded five of Soon’s research projects for a total of $469,560 since 2005, though the company decided last year to cut ties with Soon.

Since 2011, the 50-year-old Soon has received nearly $389,000 from Donors Trust, and his only current grants are from Donors Trust.  Presently, he is working on a project as part of a $209,864 Donors Trust Grant he won in 2013. He also has applied for another Donors Trust grant of $53,527, according to Harvard-Smithsonian records.

The 2013 grant shows the caution Donors Trust employs to protect the privacy of contributors.

“A gift receipt should not be provided to any party as a result of this grant,” according to a Donors Trust letter confirming the grant that was released to InsideClimate News in response to a public records request.

Soon and his research colleagues have completed four projects as part of that Donors Trust grant. One of the studies attacks teaching early elementary school pupils that climate change is primarily the result of the burning of fossil fuels while dispelling alternative—and disproven —theories that are contrary to the overwhelming scientific consensus.

In the paper “Learning and teaching climate science: The perils of consensus knowledge using agnotology,” published in the journal Science and Education, Soon and two collaborators say teaching climate change has been oversimplified and students are consequently being “misled” on climate change. Agnotology is the study of culturally induced ignorance or doubt.

“Students are cheated and cannot learn critical thinking if they are presented with only one-sided facts,” according to the paper. “Presentation of only a consensus viewpoint and the demonization of anyone holding an opposing view in such a complex and unsettled topic such as climate change are clearly dangerous to a proper understanding of the science.”

The paper didn’t acknowledge Donors Trust as the source of funding. 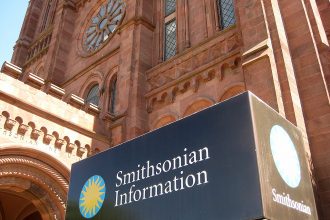 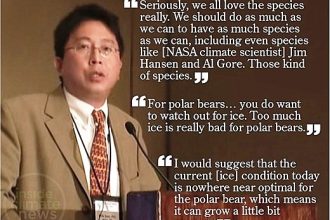 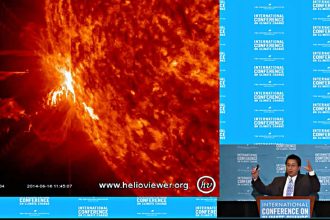