In the absence of federal action on climate change, more states are setting ambitious targets to reduce U.S. greenhouse gas emissions. Washington became the latest on Tuesday when Gov. Jay Inslee signed a law requiring that 100 percent of the state’s electricity come from clean energy sources by 2045.

Washington is now the fifth state or territory—following Hawaii, California, New Mexico and Puerto Rico—to commit to 100 percent clean electricity, and at least six other states are considering similar legislation.

“This means we can have a fighting chance at saving the things we cherish most — our land, our air, our water and our children’s health,” Inslee said in a prepared statement. “We aren’t done. Our success this year is just a harbinger of successes to come. But we’re ready. We can do this.”

Inslee has an even more ambitious plan for a nationwide conversion to clean energy: Last week, his presidential campaign issued a proposal to get the country to 100 percent zero-emissions electricity by 2035. while also requiring all new vehicles and buildings to be zero emissions. That followed another 2020 candidate, former U.S. Rep. Beto O’Rourke’s announcement of his own climate plan with a goal of reaching net zero emissions by 2050. Activists and some congressional Democrats supporting a Green New Deal want an even faster timeline: transform the nation’s electric grid to 100 percent clean energy in just 10 years.

These policies and proposals follow a report last fall by the Intergovernmental Panel on Climate Change warning that net greenhouse gas emissions must be brought to zero by mid-century to limit global warming to less than 1.5 degrees Celsius, the ambition of the Paris climate agreement. It said a 45 percent reduction from 2010 levels would be needed worldwide by 2030.

Meeting any of those timelines will require an unprecedented overhaul of infrastructure and policies to transform a national electricity system where only about a third of the power is currently generated by carbon-free sources. Renewable energy prices are falling, but many coal and natural gas power plants still have decades before their expected retirement dates.

“The Green New Deal at the national level has certainly elevated the conversation,” said Benjamin Inskeep, an analyst at EQ Research, a clean energy consulting firm. “States are hopping on that momentum to pass these kinds of policies.”

Since January, newly elected governors in Illinois, New Mexico, Michigan, Wisconsin, Maine and Nevada have joined the U.S. Climate Alliance, a group of governors who have committed to implementing policies consistent with the U.S. goal of the Paris Agreement. Pennsylvania Gov. Tom Wolf last week became the 24th governor to join since President Donald Trump vowed to pull the U.S. out of the accord.

The states and territories in the alliance represent more than half of the U.S. population and economy, and their commitments to reduce greenhouse gas emissions could keep momentum going in the absence of strong action at the national level. Their goal is to achieve the Paris agreement short-term pledge made by the Obama administration: cutting at least 26-28 percent below 2005 levels by 2025. The Trump administration has disavowed this promise.

The Washington state law signed this week sets a clear timeline for the phaseout of fossil fuels and has several measures to address equity for low-income communities.

The law requires the state to stop using coal power by 2025. It boosts weatherization programs for low-income individuals; seeks to ensure the benefits of the clean energy transition, things like electric car charging stations, are distributed equally across all communities; and offers tax breaks to clean energy developers who hire union workers and companies owned by women, minorities and veterans.

“We feel like this sets a new high bar of what is possible in a state bill,” Kass Rohrbach, deputy director, of the Sierra Club’s Ready for 100 campaign, said.

Keeping climate change in check will require changes to other sectors of the economy, well beyond power generation. This is especially true in Washington state, where about 60 percent of the state’s electricity already comes from hydropower, and transportation makes up 43 percent of all greenhouse gas emissions.

A November ballot initiative in Washington state sought an economy-wide price on carbon, but after strong opposition from the oil and gas industry, it was defeated.

While the new law doesn’t place a fee on emissions, two additional laws signed by Inslee are designed to reduce emissions from buildings and transportation.

Another law will restrict the use of hydrofluorocarbons (HFCs), chemicals used in air conditioning and refrigeration, that are between 1,000 and 3,000 times more potent as a greenhouse gas than carbon dioxide.

Several other states have recently passed or are actively considering requiring 100 percent clean electricity or other major climate legislation, such as cap and trade. The highlights:

Minnesota: An energy bill that would require 100 percent clean electricity by 2050 passed the Democrat-controlled state House of Representatives on April 24, but it was not part of a related energy bill that passed the Republican controlled Senate. Newly elected Democratic Gov. Tim Walz has expressed support for 100 percent clean electricity legislation.

Illinois: A clean energy bill making its way through the state legislature would require 45 percent of electricity to come from renewable sources by 2030 and 100 percent by 2050. Newly elected Democratic Gov. J.B. Pritzker has expressed support for 100 percent renewable electricity but hasn’t endorsed this bill.

New York: Gov. Cuomo, a Democrat, is calling for a 100 percent clean power mandate by 2040. Another bill making its way through the state legislature would require all sectors of the economy, including transportation and buildings, to reduce their greenhouse gas emissions to zero by 2050.

Nevada: A bill signed by new Democratic Gov. Steve Sisolak requires that 50 percent of the state’s electricity come from renewable sources by 2030. It sets a non-binding goal of 100 percent clean electricity by 2050. The bill passed both chambers of the legislature with unanimous bipartisan support in a state that leads the country in solar industry jobs per capita.

Oregon: The state already has a number of strong climate policies, including a 50 percent renewable electricity requirement by 2040. The legislature is now considering economy-wide cap-and-trade legislation that could result in Oregon joining California and Quebec in an emissions trading program.

Maine: The Maine Legislature is considering a bill introduced by newly elected Democratic Gov. Janet Mills on April 30 that would require the state to get 100 percent of its electricity from renewable sources by 2050 and to reduce carbon emissions across its economy by 80 percent by 2050.

Massachusetts: Current law requires the state to cut carbon emissions across all sectors of the economy 80 percent by 2050. Legislation now being considered would go further, requiring net zero emissions by 2050. Another bill making its way through the statehouse would require 100 percent renewable electricity by 2035 and 100 percent renewable energy for all sectors of the economy by 2045.

Colorado: Newly elected Democratic Gov. Jared Polis ran on a platform of 100 percent renewable electricity by 2040. No such bill has been introduced in the state legislature this year. However, a number of other climate policies are on their way to Polis’s desk for signing. Among them is a bill that would set a non-binding target to reduce greenhouse gas emissions across all sectors of the economy by 90 percent by 2050. Another would set a non-binding 100 percent clean energy target for the electric sector by 2050.

New Jersey: State lawmakers passed legislation on May 23 to reduce emissions 80 percent below 2006 levels by 2050, a step toward the governor’s goal of 100 percent clean electricity, and the state is poised to rejoin the Regional Greenhouse Gas Initiative, a nine-state carbon cap-and-trade system that it left in 2012. Virginia moved closer to joining RGGI on April 19 when state regulators approved new regulations allowing for a cap-and-trade system to reduce carbon dioxide emissions from power plants, but the legislature wrote the state budget in a way that delays its participation, and the governor approved it.

Correction: A previous version of this story said Washington’s new 100% clean electricity law includes job-training programs for workers currently employed by the fossil fuel industry. The law does not provide this. 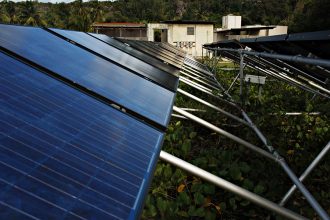 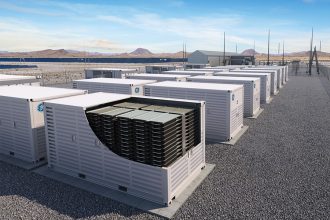 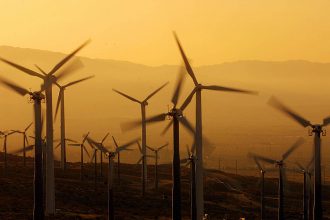