Electricity prices are rising in much of the country at the same time that climate change is contributing to extreme heat and a high chance of blackouts this summer.

For consumers, the result is an increase in financial strain to pay for a product that often is less reliable than before.

The national average electricity price for households is on track to rise 4 percent this year compared to 2021, which would be the largest percentage increase since 2008, the Energy Information Administration said on Tuesday. One of the main reasons for the price surge is a rise in the cost of natural gas, the leading fuel for power plants. The New England region is poised to get the worst of it, with a projected increase of 15 percent.

This follows recent warnings from grid operators serving California and the Midwest that they may not have enough power plants available this summer to meet customer needs at times of high demand.

The problems of high prices and potential blackouts are intertwined in that they both have roots in the failure of the government, utilities and grid operators to manage the risks tied to climate change and the transition to clean energy, analysts said.

“There’s a real concern that not only is basic affordability threatened, but system planning as a whole is broken,” said John Howat, senior energy analyst for the National Consumer Law Center.

Greg Cunningham, vice president of the Conservation Law Foundation, a Boston-based environmental advocacy group, said he is frustrated that many observers will see the problems with high prices and poor reliability and say the transition to clean energy is moving too quickly.

“We are invariably going to hear, at least in this region, calls for increased gas supply to the region, which are entirely counterintuitive and fail to recognize the root cause of the problem that we’re in: the combination of climate change and an overreliance on highly priced, volatile fuels,” he said.

Electricity prices are rising because of a confluence of factors, including the rise in natural gas prices over the last year following more than a decade when prices were low and had little volatility.

Another factor is an increase in electricity demand due to hot weather and growth in economic activity as the country recovers from the coronavirus pandemic.

The Energy Information Administration said that “significantly higher natural gas fuel costs will be a main driver of wholesale power prices in coming months.” The comment was part of the federal office’s Summer 2022 Electricity Industry Outlook.

Natural gas prices have been rising since mid-2020, and then surged even more after Russia invaded Ukraine in February. The invasion contributed to chaos in the market as Russia is a major gas supplier and some European countries are scrambling to find alternatives to Russian gas.

“When you’re cutting off supply from a major producer, that’s going to have a ripple effect around the world,” said Arvind Ravikumar, a petroleum engineering professor at the University of Texas at Austin.

Another factor is that U.S. oil and gas producers have not substantially increased their output in response to high prices, he said. The companies are trying to be more careful with their spending after more than a decade of relying on debt to expand operations.

“There’s not as much investment in new drilling and new production, and therefore the supply of oil and gas is not growing as fast as the demand,” he said.

Consumers are feeling the pain of high natural gas prices, for gas heating and because gas is a major component of the cost of electricity. Utilities often pass through the costs of fuel to customers, although there is variation among the states in how quickly high gas prices translate into spikes in electricity bills.

“Prices are just rising everywhere, not just energy but across the board,” said Annie Levenson-Falk, executive director of the Minnesota Citizens Utility Board, a consumer advocacy group. “Budgets are getting stretched right now.”

Cunningham of the Conservation Law Foundation said the unusually high rate increases in New England are partly because the region has relied too much on natural gas, and because the regional grid operator, ISO New England, has not been proactive enough in planning for a transition to carbon-free electricity.

Matthew Kakely, an ISO New England spokesman, said it’s incorrect to blame his organization for rate increases, since rates are approved by state regulators and the Federal Energy Regulatory Commission.

“Collective regional decisions not to expand fuel infrastructure have left New England vulnerable to price volatility as we await the development of large-scale renewable resources,” he said in an email. “New England as a region has had difficulty developing large-scale renewable projects for reasons, particularly permitting and legal challenges, that have nothing to do with ISO New England.”

Only two regions show a decrease in electricity prices for the year in the EIA report: West North Central and West South Central, which include states running from North Dakota and Minnesota down to Texas. An EIA spokesman said the decrease in the northern region, 3 percent, is largely because the area already had a large rate increase in 2021 and is falling a bit from that increase. It’s not clear what’s driving the decrease in the southern region, which, at 1 percent, barely registers as a change.

As prices rise, some grid operators are warning that they may not have enough electricity available to meet consumer demand this summer, which raises the risks of blackouts and brownouts.

“As the heat goes up, it is really hard to anticipate the amount of outages we might find ourselves with,” said Siva Gunda, a member of the California Energy Commission, speaking on Friday at a briefing about the state’s readiness for summer.

California’s grid operator, California ISO, has said there is a high probability that the supply of electricity will exceed the demand. Last summer, California went through rolling blackouts because of a shortage of available electricity.

One of the challenges for grid planning is that rising temperatures mean that the existing models for electricity demand are no longer accurate, said Alice Reynolds, president of the California Public Utilities Commission.

“Climate change impacts are really outpacing all of the predictions that we’ve made,” she said in the briefing.

Across the country, older fossil fuel power plants are closing and they are being replaced by renewable energy, battery storage and natural gas power plants. But the transition is far from smooth, with delays in building new plants and concerns about how best to operate a system that increasingly relies on intermittent resources like wind and solar.

Last month, the grid operator for much of the Midwest, Midcontinent Independent System Operator, issued a seasonal outlook that shows peak demand that exceeds the supply of electricity from power plants.

Because of this, parts of the grid region are “at increased risk of temporary, controlled outages” during times of high demand, said JT Smith, executive director of market operations, in a statement.

Texas also has the potential for a difficult summer, and endured unseasonably high spring temperatures this week, which led to unusually high electricity demand. The system, managed by the Electric Reliability Council of Texas, managed to avoid blackouts.

The high demand this week is concerning because it’s early May, which is typically not a time of extreme heat in Texas.

Howat of the National Consumer Law Center said concerns about reliability and rising electricity prices are part of a larger problem of a failure to grasp the financial and environmental risks of relying on fossil fuels. Those are risks that officials should have seen coming, and now consumers will face the consequences.

“We’re nowhere near achieving this dual objective of energy equity and affordability and greenhouse gas reduction,” he said. 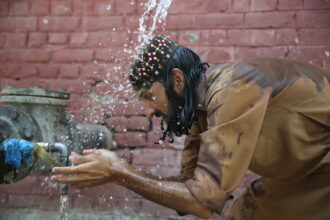 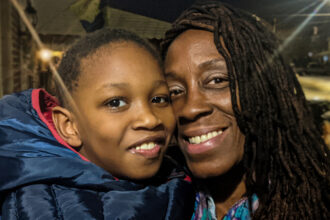