The Standing Rock Sioux Tribe is asking a judge to throw out a federal permit for the Dakota Access oil pipeline, arguing that the government shut the tribe out of a court-ordered second environmental review and ignored its concerns.

The challenge comes as Energy Transfer, the company behind the pipeline, is now seeking to double how much oil the pipeline can carry. The Dakota Access pipeline (DAPL) passes under the Missouri River, the tribe’s water supply, just upstream from the Standing Rock Reservation.

The Army Corps of Engineers “never engaged with the Tribe or its technical experts, shared critical information, or responded to the Tribe’s concerns,” the tribe writes in a legal motion filed Friday in federal court. “The result is an irretrievably flawed decision, developed through a process that fell far short of legal standards. With DAPL’s proposal to double the flow of the pipeline, the unexamined risks to the Tribe continue to grow.”

The motion is the latest volley in a lawsuit first filed by the tribe against the Corps over its permitting of the controversial pipeline in 2016. Standing Rock won a partial victory in 2017 when a federal court determined that the Corps’ initial environmental review for the Dakota Access pipeline did not adequately address the impact a potential spill would have on the tribe.

The judge ordered the Corps to go back and do a thorough environmental assessment, saying “the Court expects the Corps not to treat remand as an exercise in filling out the proper paperwork.” The Corps completed the remand process in August 2018, saying that it did not find “significant new circumstance[s] or information relevant to environmental concerns.”

The tribe is now arguing that this subsequent assessment also failed to address its concerns.

“The remand was insincere,” Mike Faith, Jr., chairman of the Standing Rock Sioux Tribe, said in a written statement. “The Corps ignored the Tribe’s concerns and worked with DAPL to justify a foregone decision. This illegal and dangerous pipeline must be shut down.”

The pipeline’s construction spurred months of protests and hundreds of arrests over its location just upstream of the Standing Rock Reservation.

The 1,172-mile pipeline from North Dakota to Illinois has had at least 10 spills totaling hundreds of gallons of crude oil since it began operations in June 2017, according to federal data analyzed by the Pipeline Safety Trust.

This latest in a years-long legal challenge by the tribe comes less than two months after Dakota Access LLC, a subsidiary of Energy Transfer, notified North Dakota’s Public Service Commission that it seeks to double the amount of crude oil it can ship through the Dakota Access pipeline to 1.1 million barrels per day.

The company’s June 20 request to “optimize” its pipeline considered local impacts of building a new pumping station such as erosion and dust control during construction of the facility. It did not, however, consider the impacts of a potential spill from a pipeline shipping twice the volume of oil compared to its original permit.

“This expansion is incredibly reckless,” Jan Hasselman of Earthjustice, an attorney representing the Standing Rock tribe, said. “You don’t put double the amount of material in the same space and expect nothing to change in terms of the risks, in terms of the consequences of a spill. It’s a different project, and before anyone approves something like this, there has to be another careful analysis of whether it’s safe.”

“My expectation is they will try to do this without them, because if they go and ask for new permits, that is a new environmental analysis,” Hasselman said. “It’s a big hang up.”

Tribe ‘Lives with the Risk of an Oil Spill’

The tribe, whose drinking water supply would be jeopardized if a spill were to occur where the pipeline crosses the Missouri River, urged the state utility commission to hold a hearing on the proposed pipeline capacity expansion.

“The Standing Rock Sioux Tribe lives with the risk of an oil spill today—a risk that has never been properly evaluated by any state or federal agency,” Faith wrote in a July 29 letter to the Public Service Commission. “We feel that this risk jeopardizes our way of life on the Standing Rock Reservation—a risk that is increased by the ETP application. We are North Dakotans too, and our concerns deserve to be heard.”

An attorney for Dakota Access LLC wrote to the commission, saying “the purported concerns raised by Standing Rock’s request are not within the jurisdiction of the Commission.” “These concerns are already addressed by federal law, and Dakota Access is in compliance with those requirements,” the letter stated.

Some of the Democrats running for president have also started speaking out about the pipeline.

Sen. Elizabeth Warren said on Friday that if elected president she would revoke the “improperly granted permits” for the Dakota Access pipeline and the Keystone XL pipeline, which would carry crude oil from Canada to the United States. Candidates Jay Inslee, Bernie Sanders, Tom Steyer and Julián Castro have made a similar pledge organized by the group Bold Nebraska. 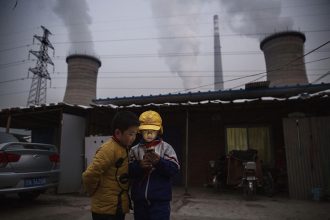 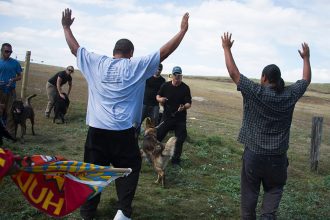 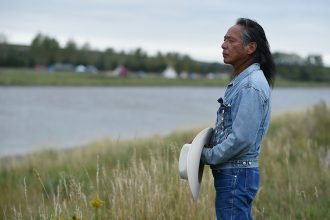