The state with perhaps the greatest untapped potential for harnessing its ocean breezes for electricity could soon have turbines spinning off its coast after years of political resistance.

It’s a small project—up to two offshore wind turbines serving as many as 9,000 homes—but it would blaze a new trail: If all goes as planned, in 2022, Aqua Ventus will become the first floating offshore wind farm in the nation.

Less than a year after Democrat Janet Mills replaced Republican Paul LePage as Maine’s governor, state utility regulators approved a contract this month under which the utility Avangrid will buy the power generated by Aqua Ventus. The vote followed legislation Mills signed this summer requiring the Public Utilities Commission to approve the pilot project, which has been six years in the making.

“With this key and long-overdue approval, this cutting-edge demonstration project is now on track to move forward and allow us to harness our own clean, renewable source of energy, create jobs, and strengthen our economy,” said Mills, who has committed the state to 80 percent renewable electricity by 2030 and 100 percent by 2050.

The project is being closely watched up and down the nation’s coastlines.

Conventional offshore wind farms require foundations to be built in water no deeper than 196 feet, limiting the number of sites feasible for construction. Floating platforms would open up site development in deeper waters like Maine’s, and farther away from shore.

The technology could be particularly useful in California and other states that have a lot of coastline but face fierce political pressure to maintain property values, said Clifford Kim, an analyst with Moody’s Investors Service who specializes in wind energy.

“People don’t want to see a big offshore wind turbine right outside their oceanfront property,” Kim said. “It has to be much further offshore. That means deeper water, and fixed bottom technology doesn’t work.”

The project, developed by a consortium led by the University of Maine’s Advanced Structures and Composites Center, will test a floating platform that holds up to two 6-megawatt wind turbines, or potentially one 10-megawatt turbine, located 12 miles off the coast of Maine. It is expected to begin operations in 2022, a university spokesperson said. The electricity will be carried to the mainland through a cable on the ocean floor.

Floating offshore wind is still a nascent industry. Of the handful of pilot projects testing the technology around the world, only one—Equinor’s Hywind, off the coast of Scotland—is fully operational and generating at least 10 megawatts of power.

In total, the world has 23 gigawatts (23,000 megawatts) of installed offshore wind capacity, most of that in Europe.

The U.S., in contrast, has just one operating offshore wind farm—five turbines that produce 30 megawatts of electricity for Block Island, off the coast of Rhode Island. But eight New England and Mid-Atlantic states have set targets to expand offshore wind power to just over 25 gigawatts over the next decade as they pursue ambitious climate change goals.

If proven sound, Aqua Ventus could help the U.S. play a bigger role in developing floating technology. “It’s the next big leap for offshore wind,” Kim said. “Floating is where the technology needs to go.”

A Missed Opportunity Under LePage

Maine has the potential to be a leader in offshore wind power. The state has good wind conditions, relatively shallow waters and proximity to shore, all of which helps constrain costs.

A 2017 report from the National Renewable Energy Laboratory (NREL) estimated that by 2027, New England could reach 144 gigawatts of offshore wind capacity, with Maine and Massachusetts projected to take the lion’s share at 65 gigawatts and 55 gigawatts, respectively.

Several states already have ambitious goals for developing offshore wind power over the next two decades. New York has a goal of 9 gigawatts by 2035, and New Jersey on Tuesday more than doubled its goal to 7.5 gigawatts by 2035.

Maine currently has no offshore wind targets, but under Mills, the state has made a remarkable shift in its renewable energy policy in a short amount of time.

The state’s potential is one reason why Aqua Ventus is important, Kim said. Even though Maine’s waters are relatively shallow, they’re still too deep for standard offshore wind foundations. NREL’s optimistic projections for Maine rely on the development and deployment of floating technology, he said.

The draft wasn’t binding, but it was the first step toward an energy contract, said Dylan Voorhees, the climate and clean energy program director for the Natural Resources Council of Maine. Then, when LePage maneuvered to reopen the competitive bidding process, Statoil pulled its deal.

The university had successfully deployed its own floating wind turbine prototype in 2013, but when it proposed a full-scale model to the commission the following year, that got delayed, too. “This idea that LePage killed the Statoil deal to prop up the local university deal sort of fell away because they were now screwing the University of Maine,” Voorhees said.

LePage told InsideClimate News that it’s not renewable energy that he’s against, but the cost of it. “I have no problem with renewable energy. I have serious problems with energy that is unaffordable for the hard working Mainers,” he said. “Everyone says we’re against the climate when all we want is affordable alternatives.”

Falling Costs and the Economics of Wind

Both solar and wind energy costs have fallen dramatically in the last five years. Global benchmark prices for offshore wind have plunged 32 percent in the past year and 12 percent in the last six months, according a BloombergNEF’s analysis released in October.

A 2013 economic analysis of the Aqua Ventus project conducted by the university found that, over 23 years, the project could bring in up to $194 million in total economic gain for the state, including electricity sales and between 1,300 and 1,700 jobs to construct and operate it.

So far, the project is supported by nearly $40 million in grant funds from the U.S. Department of Energy. The university spokesperson said that the total cost hasn’t been determined yet and that the university is still seeking private investors.

The biggest remaining potential obstacle to Aqua Ventus is Maine’s considerable fishing industry. Under pressure from fishing groups, the University of Maine has delayed a geographical survey for the proposed paths of the project’s seabed cable until a third-party environmental group can evaluate it. The university also promised not to lease its technology to developers that don’t agree to work closely with the fishing industry regarding the planning and executing of proposed projects. 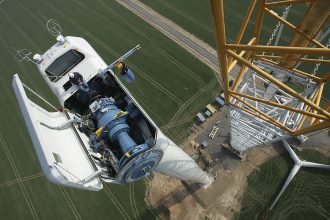 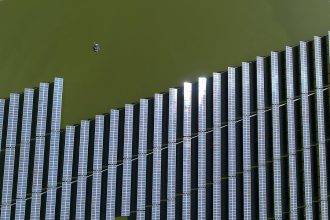 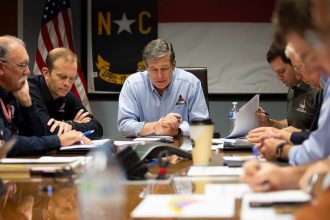 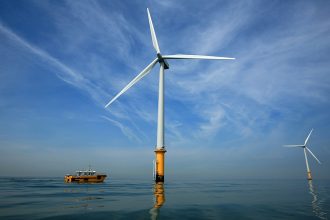