The report, from the Institute for Energy Economics and Financial Analysis, a nonprofit advancing a sustainable energy economy, builds a case that stockholders of the company should take the lead on construction and carry much of the financial load, rather than ratepayers.

Once estimated to cost $14 billion, the price tag for two new reactors at Georgia Power’s Plant Vogtle property has climbed past $30 billion, and both units will be more than six years late in coming online, the institute reported after combing through public records including testimony at a Georgia Public Service Commission hearing in December. The plant already has two existing nuclear power units that began producing electricity in the 1980s.

Public Service Commission staff and consultants have blamed the project’s high costs and construction delays on Georgia Power, which is the lead partner in its construction and eventual operation, and a subsidiary of Southern Company, the energy policy institute found.

Georgia Power was warned in 2008 that using an unproven reactor design  would likely cause overruns and delays, said David Schlissel, the report’s author and the institute’s director of resource planning and analysis. “However, the company challenged and the commission disregarded these warnings,” said Schlissel, a lawyer who has been a frequent expert witness in legal proceedings.

Commission spokesman Tom Krause said he could not comment directly on the institute’s report or the commission’s ongoing quasi-judicial proceedings that are designed to monitor the construction, which the Atlanta Journal Constitution has described as the largest project in Georgia history. The commission regulates Georgia Power, and as such, has a major say in Georgia energy policy.

Krause said future hearings, when the project is farther along, will be held to help the commission, made up of five members who are elected statewide, determine which of the Vogtle costs should be allocated to ratepayers, as opposed to shareholders.

“That will be a very significant docket before the PSC,” Krause said.

“I imagine it will be a knock-down, drag-out fight,” Schlissel said. “I have heard a fair amount of the documentation, and just reading what the PSC staff has been saying, clearly this project has been mismanaged.”

The institute, based in Lakewood, Ohio, is not an official party in those proceedings and its report was not prepared for any organization that is directly participating in them, Schlissel said.

Georgia Power’s customers have already paid more than $3.5 billion for the two units through a rider on their electric bills intended to cover financing charges, the report found.

“Our new Vogtle units will be clean energy sources and produce zero air pollution,” said Jeff Wilson, Georgia Power spokesman. “That’s why we remain fully committed to getting the job done, and getting it done right, with safety and quality our top priority.”

He also minimized the plant’s impact on customers’ rates.

The two units were originally to be placed in service in 2016 and 2017. The owners now estimate commercial operation will not begin until 2022 and 2023, according to the report. They are to be the first new commercial nuclear power units in the United States in the last three decades.

The institute’s report quoted a commission hearing in December at which an independent monitor of the project, Don Grace, told the commission that Georgia Power had on more than one occasion used low forecasts as a way to “try and continue to justify the project.”

“Throughout the open and transparent construction monitoring public process with the Georgia Public Service Commission, we have always provided the latest, most up-to-date information regarding our projected costs and estimated time for when the new nuclear units are expected to go into operation,” Wilson said.

Grace, in his testimony, described developing the plant as similar to driving  “uphill in the snow.”

And the wheels are turning. Money is being spent and you’re trying to get to the goal of getting to the top of the hill,” he said. “But in some cases you’re making slow progress, but not at the rate you expected. And in some cases you’re actually slipping backwards somewhat.”

Vogtle’s struggles come as the nuclear industry, billionaire Bill Gates and the federal government explore a new generation of smaller nuclear power plants that are being promoted as safer, more flexible and less expensive, as well as part of a response to the climate crisis.

Nuclear power generates electricity without the direct combustion of fossil fuels, which releases greenhouse gases. Vogtle is part of Southern Company’s plans to scale back their carbon dioxide emissions. The company has pledged to transition to net-zero greenhouse gas emissions by 2050.

When the Plant Vogtle’s two new nuclear power units are eventually turned on, they will reduce the company’s carbon dioxide emissions, Schlissel acknowledged. “But there are cheaper ways to get electricity in place of fossil fuels, such as renewables and battery storage,” he said. 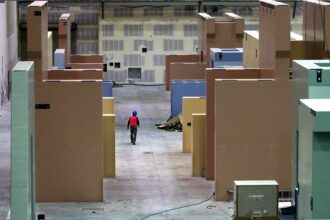 Nuclear Fusion: Why the Race to Harness the Power of the Sun Just Sped Up

By Tom Wilson in Oxford and Ian Bott in London, Financial Times