The nation’s regulation of oil and gas development is a mish-mash of disjointed state oversight that makes it difficult to quantify the environmental impacts of drilling. A new study highlights just how inconsistent spill reporting is, showing that the range in requirements makes it impossible to compare states or come up with a comprehensive national picture.

The research, published Tuesday in the journal Environmental Science and Technology, pulled together some of the disparate data and found there have been about 5 spills each year for every 100 wells that have been hydraulically fractured. Of the states examined, North Dakota had the highest rate of spills while Colorado companies reported just 11 spills per 1,000 wells annually.

But some or all of that difference may be due to the huge differences in what the states ask oil companies to report. North Dakota requires operators to report any spill of 42 gallons or more, while Colorado and New Mexico generally don’t ask for anything smaller than 210 gallons. Texas, the nation’s top oil and gas producing state, wasn’t even included in the study because detailed data was not easily accessible.

The paper comes just as Scott Pruitt takes over as administrator of the Environmental Protection Agency. While the agency enforces the nation’s environmental laws, many elements of oil and gas development, including fracking, are overseen by states. Pruitt was previously attorney general of Oklahoma, a top oil and gas producer, and has vigorously advocated that states should have regulatory autonomy.

The authors did not examine data from Oklahoma because the state had not digitized all of its information. “They had it posted in such an old format that you had to go back to a 1990 format to read it,” Konschnik said.

The authors, who come from several universities as well as the Nature Conservancy and the United States Geological Survey, looked at reports of 6,648 spills of oil, brine, chemicals and other fluids reported in Colorado, New Mexico, North Dakota and Pennsylvania between 2005 and 2014.

Their goal, Konschnik said, was to show how better data might help improve oversight. “We really wanted to start to talk with state regulators and say that data is your friend,” she said. “We can learn from the data and respond to the risks that are presented in the data to make this an overall safer enterprise.”

The authors found that more than half of the spills occurred while companies were storing fluids in tanks or pits or transporting them through flowlines. Many were repeat spills from the same wells.

Some states require verbal reports within 24 hours but give companies days to submit paperwork with specific information. Until late last year, Pennsylvania did not ask for written reports at all and companies reported the volume of spills less than a third of the time.

“It’s not apples to apples,” said Lauren A. Patterson, the lead author and a policy associate at the Nicholas Institute for Environmental Policy Solutions at Duke University.

The authors tried to look at all major oil and gas producing states, but chose four with the most complete publicly available data that also allowed them to distinguish between conventional and fracked wells.

The authors found that spill rates were highest during the first three years of a well’s life, when drilling and fracking occur and when production is highest. In those years, they identified annual spill rates as low as 2 percent, in Colorado, and as high as 16 percent, in North Dakota.

Spills have presented a persistent problem for North Dakota, with thousands of releases of oil, chemicals and saltwater causing lasting damage in the state’s oil patch. Releases of brine—which occurs naturally deep underground and contains heavy metals, radioactive materials and extremely high levels of salts—are particularly damaging. Such leaks have spoiled patches of farmland for years or even decades.

The authors stressed the importance of requiring companies to submit written reports, which not only tend to include more information but also lead to better data collection, particularly if those reports are submitted online, as required by North Dakota and Colorado.

Konschnik said regulators in different states may want to ask for slightly different details depending on their goals, but that some basic rules could apply across the board. “Ask for the right information on time and in electronic format,” she said. “I think you could go a long way with those three things.” 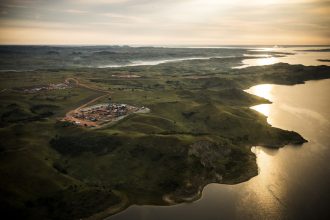 The EPA Once Said Fracking Did Not Cause Widespread Water Pollution. Not Anymore 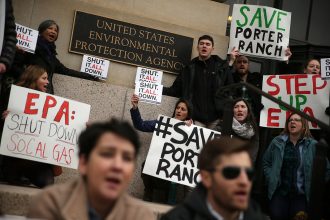 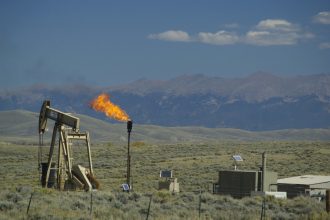