Five hours into a Texas legislative hearing this month, it was Beth Garza’s turn to talk. Anybody who had dozed off was about to wake up.

Garza approached the lectern and gave her credentials. She was, until 2019, the director of the office that serves as the public watchdog for the nonprofit company that runs the state’s electricity grid, the Electric Reliability Council of Texas, or ERCOT.

Then she let it rip, telling a Texas House committee that the bill they were debating, which would increase costs for operators of wind and solar power, was a very bad policy.

“Imposing unforeseen costs on a certain type of resource would seem to be, at a minimum, discriminatory,” she said.

Garza’s larger point was that the bill wouldn’t solve any problems. It would just make the current system more complicated and less fair. The bill would make owners of wind and solar plants pay for ERCOT services that maintain balance on the grid, while other types of power plants wouldn’t need to pay.

The bill is part of the Texas Legislature’s response to the February energy crisis, when frigid temperatures led to days of power outages and more than 100 deaths. Many of the power failures were because natural gas power plants were not equipped to run in extreme cold or could not get delivery of fuel. But the legislative response has focused a lot of attention on the idea that wind and solar are unreliable, while devoting little attention to problems with the reliability of the natural gas delivery system.

After Garza spoke, she took questions from lawmakers, including Texas Rep. Phil King, the lead sponsor of the Texas House version of the bill. (I wrote last week about the Texas Senate’s version of this bill and some of the debate about it).

King asked Garza if she agreed with him that wind and solar power have reliability issues that lead to additional costs for maintaining the grid, compared to the reliability of conventional power plants.

“I would disagree with you there, sir,” she said.

Her larger point was that all types of power plants have reliability concerns and costs.

I don’t know if Garza changed any minds about the bill, but it was striking to watch her try. At legislative hearings, the people who ask to speak are often lobbyists or leaders of advocacy groups, where you often know what they’re going to say before they say it, and their testimony can be dismissed by those who disagree because, “Of course that’s what they’d say.”

Garza was different because her comments didn’t fit neatly into the main categories lawmakers are used to seeing, and she spoke with a relaxed confidence that made clear she knows her stuff.

I interviewed Garza this week about some of the issues she raised in her testimony. She is now a senior fellow for the R Street Institute, a think tank that promotes open markets, and has been visible as an expert on Texas energy issues. For example, she was one of five people to testify last month about the Texas energy crisis before the U.S. House Science, Space and Technology Committee.

Garza’s main interest, she told me, is in finding a mix of power sources that together can lead to a reliable system. That might include an increase in renewable energy, but she also thinks it should include some new natural gas plants that are available to run for the few days per year when other resources are most scarce.

Here is our conversation, which has been edited for length and clarity:

Are there real reliability concerns as solar and wind become a larger share of the electricity supply?

Solar generates when the sun is up. As human beings, we’ve known when the sun is going to rise for millennia now. And we’re gaining an increasing understanding of the effects of localized cloud cover on solar output. Similarly with wind, I contend we will get better and better at forecasting wind output. All of that is knowable, and we are learning it. Will we ever be able to precisely measure the output of a wind (power plant) tomorrow? No. But we’re increasing our ability and the precision with which we can do that across the (power plant) fleet.

Is it a problem that the low cost of wind and solar is making it more difficult for natural gas plants to compete financially?

The short answer is yes, because we can have all the wind and solar we want, but there will be times when it is dark and still and we would still like to be able to turn on a light or an air conditioner or a heater. So having sufficient resources to be able to withstand all of that continues to be a challenge.

If the market structure is not creating financial reasons for people to build new gas power plants in Texas, to what extent can you maintain reliability with batteries?

In the foreseeable future, I don’t think that’s possible. But if we could keep existing nuclear, maybe we let the coal go because we don’t like coal, and we’ve got some version of natural gas to make up some of the difference, and we add wind and solar, then (battery) storage can be used to even out the contribution of wind and solar. I think that may work.

What’s the biggest thing that you think Texas lawmakers are missing in their discussions about renewables and reliability?

What I’ve witnessed seems to be a complete change in support for (wind energy) in this state, and I don’t understand and can’t explain what’s causing that change.

Plenty of people would suggest that wind energy has gotten so big that it has become a threat to the oil and gas industry, and that’s why things have turned on a dime. Does that seem like it might be true?

It’s possible that as the wind industry in Texas grew from just being a cute sideline to serving 25 percent of ERCOT’s energy needs last year, that it got too big for its britches somehow.

If you were to ask me the biggest thing that legislators are missing in the aftermath of the winter event, I would have a different answer.

You just asked the question so nicely, why don’t you answer it?

I’ve been disappointed by the lack of interest in better understanding the supply constraints and limitations in the natural gas system during the winter event.

Washington State Passes EV Bill: Both houses of the Washington Legislature have passed a measure that sets a goal of phasing out the sale of new gasoline vehicles by 2030. Bellamy Pailthorp of KNKX radio reports on the legislation that is now on Gov. Jay Inslee’s desk. This is the fastest timetable of any bill of this type, with a target year five years earlier than California’s goal of 2035. But setting the goal is the easy part. States are going to need to take many steps to prepare residents and businesses for a shift to electric vehicles.

Probing the Role of Hydrogen in a Low-Carbon Economy: Continuing with news in Washington State, a new project in the middle of the state would use renewable energy to produce hydrogen. Hal Bernton of The Seattle Times and James Bruggers of Inside Climate News collaborated on a story that looks at this project and also the larger questions of whether hydrogen will have a prominent role in a low-carbon economy.

California Is Moving Fast, But Not Fast Enough: Researchers are calling on California to step up its goals for cutting greenhouse gas emissions to 80 percent by 2030, which would be double the current goal of 40 percent by that year. Sammy Roth of the Los Angeles Times has a story about this and the bigger picture of how California is a leader in clean energy and cutting emissions, but still is not moving fast enough to address the toll that climate change is already taking in the form of wildfires and extreme weather.

Clean Energy Jobs Took a Hit in 2020: The U.S. clean energy sector lost 307,000 jobs in 2020 as businesses and consumers dealt with the coronavirus pandemic, according to a report from Environmental Entrepreneurs. The report found that more than 3 million people are now employed in the various categories of the clean energy economy, which include renewable energy, insulation and other energy efficiency, and clean vehicles, among others. Chris Teale wrote about the report for Utility Dive, explaining that more than two-thirds of clean energy jobs are at companies with 20 employees or less, which shows the extent to which this sector is driven by small businesses. 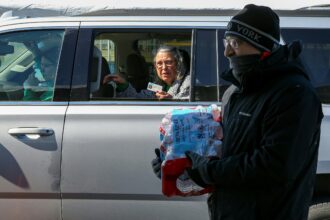 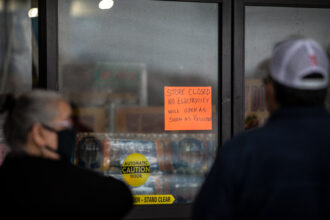