Government officials last week blocked a groundbreaking shareholder proposal on climate change from going to a vote at ExxonMobil. The move has confounded proponents, because the decision came just five days after the same agency cleared a similar resolution for Chevron’s shareholder ballot.

The Chevron and Exxon rulings came from two different attorney-advisers at the Securities and Exchange Commission. The agency provides guidance to public companies that seek to exclude shareholder resolutions from the annual ballots distributed each year to vote on board directors, among other things.

The two oil company proposals are part of a big wave of shareholder resolutions this year that address sustainability issues, climate change and the environment.

Both of the resolutions at issue cite the threat from climate change as a reason to rein in spending on risky exploration projects in ultra-deep water, the Arctic and Canada’s oil sands. They argue that those projects at Exxon and Chevron are chasing reserves that might become unsellable—or stranded—in a carbon-constrained world and in low-oil-price scenarios. The resolutions say the prudent course is for the companies to return that cash to shareholders instead, via dividends (Chevron) or a combination of dividends and share buybacks (Exxon).

The scenario spelled out in the proposals is not far-fetched. Reports from the International Energy Agency and others conclude that a large share of already found reserves of coal, oil and natural gas must be left in the ground to prevent catastrophic effects from climate change. The World Bank, United Nations, Bank of England and others have acknowledged the possibility that tackling climate change could leave fossil fuel companies with unburnable reserves.

ExxonMobil, Chevron and other oil companies have largely dismissed the concerns, concluding that rising global demand for energy can’t be met without steady growth in fossil fuel supplies. In response to Arjuna Capital’s 2014 shareholder resolution seeking disclosure of stranded asset risk, ExxonMobil issued a report that said, “We are confident that none of our hydrocarbon reserves are now or will become ‘stranded.'”

Having succeeded in getting a report on stranded assets from Exxon in 2014, this year, Arjuna Capital and Oakland-based nonprofit As You Sow  decided to try something new.

“It’s a shift from asking for transparency to asking for action,” said Lamb of Arjuna Capital, a Massachusetts-based affiliate of Baldwin Brothers Inc. This year’s Chevron and ExxonMobil shareholder resolutions represent the first time a proposal has asked a company to return capital to shareholders because climate change might render some big exploration projects a wasted effort, she said.

Both companies sought to keep the shareholder resolutions off this year’s ballots by citing several SEC-sanctioned grounds for exclusion. They argued that the proposals were too vague to result in clear direction from stock owners and were moot because they’re already paying shareholder dividends. They also said the proposals would amount to an improper interference with ordinary corporate business.

In a March 12 letter to Chevron, the SEC rejected all the company’s arguments for excluding the resolution from shareholder ballots. The Chevron proposal, backed by As You Sow, Arjuna Capital and Zevin Asset Management, asks the company to adopt a policy that reduces climate risk by increasing the amount of money that can be distributed to shareholders through dividends.

The issue will be voted on by shareholders at Chevron’s annual general meeting in late May, but the company isn’t happy about it.

“The proposed policy is unnecessary and based on the flawed premise that stockholders would be best served if Chevron stopped investing in its business,” company spokesman Justin Higgs told Bloomberg BNA. “Chevron’s production and resources will be needed to meet projected global energy demand, even in a carbon-constrained future.”

Despite the company’s opposition, As You Sow President Danielle Fugere believes it’s an issue that will resonate with shareholders.

“This will be well-supported by shareholders,” said Fugere. “I expect that we’ll get a good vote—anything from 20 percent to 50 percent.”

The SEC took a different stance on the ExxonMobil resolution. In a letter to Exxon dated five days after its Chevron decision, the commission agreed that the company could exclude the resolution. “It appears that ExxonMobil policies, practices and procedures compare favorably with the guidelines of the proposal and that ExxonMobil has, therefore, substantially implemented the proposal,” the SEC wrote.

“That doesn’t hold water in the least, because capital distribution at Exxon has gone down for the last two years and also this year,” said Lamb. While the company has paid higher dividends, the company’s share buyback program has been suspended, causing the total shareholder distribution to decrease—the opposite of what the proposal seeks.

It’s unclear why the SEC ruled differently on the Exxon resolution, because the commission’s letter did not go into enough detail to explain how similar proposals and circumstances could produce different results.

The Exxon resolution was not identical to the Chevron proposal. It asked the Exxon to commit to raising the authorized capital distributions to shareholders through dividends or share buybacks, while the Chevron version seeks a policy to increase dividends.

The SEC’s decisions can be subjective because they sometimes come down to interpretation.

In this case, Fugere of As You Sow said the commission must have based its Exxon ruling on some kind of wording technicality.

The SEC’s decision was “less about the substance and more about how we framed the resolution, so we’ll do a different draft of the resolution next year,” said Fugere. “There’s a lot of discussion of carbon asset risk in the media, and financial analysts are now addressing it, so this is not an issue that’s going away.” 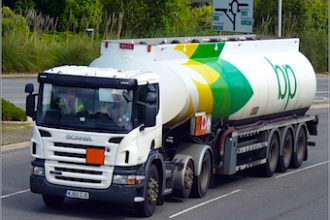 A Flood of Climate Resolutions, Again 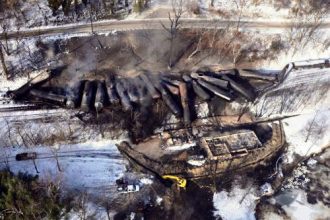