Roughly half of the world’s species are currently on the move. As global warming drives ocean and air temperatures higher, they are chasing the habitats they are accustomed to—heading toward the poles or to higher elevations or following the trail of their food sources. Those that can’t keep up with the pace of change face extinction, and if warming continues at its current pace, one in six species is projected to go extinct. That number falls to one in 20 if the rise is constrained to 2 degrees Celsius, the global climate goal— still a catastrophic number.

This week, InsideClimate News is launching “Species on the Move,” an ongoing effort to tell the stories of the species that are most impacted by climate change. These are not projections into  the future. These are the stories of iconic species—like the African elephant, or the Common Loon—that are on the move right now, searching for ways to survive as their habitats change around them.

Each week, ICN will feature a new species, examining its current status and taking a look at what climate change has in store for it. The features draw from research compiled and conducted by Audubon and World Wildlife Fund.

At WWF, senior program officer Nikhil Advani focuses on the impacts of climate on the organization’s priority species, like the African Elephant, polar bears and monarch butterflies, and also the role that humans play. Advani’s work has shown that how species are responding to changing climate goes hand in hand with how humans are impacted and responding to the same changes.

Audubon’s research utilizes models that project how climate change will impact bird habitats. In the case of the Common Loon, that work has shown that Minnesota’s state bird may disappear from its home state. In the case of Baird’s Sparrow, it is projected to lose its summer range entirely. “The remaining question is, can the birds move with those changing conditions?” said Chad Wilsey, Audubon’s director of conservation science.

“There is a precedent that species are able to move their distributions and adapt,” said Wilsey, but that’s based on historical information about changes that happened more gradually. “What we’re concerned about now is the unprecedented rate of change.” 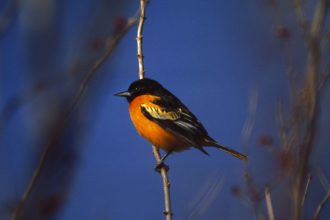 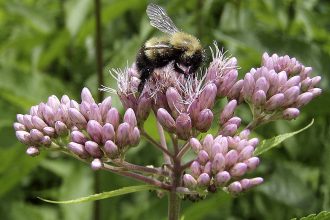