The Trump administration joined countries around the world last week in endorsing a powerful climate agreement that could cut greenhouse gas emissions enough to prevent as much 0.5 degrees Celsius of warming.

It’s called the Kigali Amendment, and it targets a potent group of greenhouse gases called hydrofluorocarbons, or HFCs, that have been widely used as coolants in air conditioners and refrigerators. This month, Sweden became the 20th country to ratify the amendment, crossing the threshold for it to enter into force in January 2019.

Even as the Trump administration has spurned the Paris climate accord, the United States is continuing its involvement in this other main international agreement on global warming pollution.

“The United States believes the Kigali Amendment represents a pragmatic and balanced approach to phasing down the production and consumption of HFCs,” Judith G. Garber, a principal deputy assistant secretary of state, told diplomats in Thanksgiving Day comments at a meeting marking the 30th anniversary of the Montreal Protocol, which includes the Kigali Amendment.

The Montreal Protocol, considered one of the most successful international environmental treaties, phased out the use of ozone-depleting refrigerants. HFCs were developed to replace them, and while HFCs don’t harm the ozone layer, the short-lived climate pollutants are hundreds or thousands of times more powerful at trapping heat than carbon dioxide.

Last year, world leaders meeting in Kigali, Rwanda, agreed to modernize the protocol to cut HFCs, too. The Kigali Amendment drew wide support, including from the chemical industry, which had already begun a transition to new, more climate-friendly chemicals.

“The market outside the U.S. over the next decade is projected to be more than a trillion dollars” for the new chemicals, said Kevin Fay, executive director of the Alliance for Responsible Atmospheric Policy, a chemical industry group that has supported the Montreal Protocol. “From a standpoint of American industry and American leadership, we want to be sure we capture a significant portion of that.”

Since Donald Trump took office and began repealing President Barack Obama’s climate change policies, Fay’s group and its members have been lobbying the administration to stick with the Kigali Amendment.

The amendment requires all nations to slash their use of HFCs by at least 80 percent over the next 30 years, but it gives poor countries more time before they have to begin making the cuts. It would prevent emissions equal to more than 80 billion metric tons of carbon dioxide. The United States and European Union had already begun reducing their use of the chemicals.

The Obama administration had adopted a rule to cut HFCs in 2015, but a federal court struck it down in August. Fay said ratification of the Kigali Amendment could give the EPA more explicit authority to control HFCs, and in the meantime his members are looking at voluntary measures to limit their use.

The Trump administration has not yet submitted the amendment to Congress for ratification. Garber said in her remarks last week that “there is no timeline” for doing so, but that the administration had “initiated the process.” 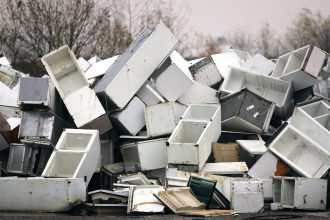 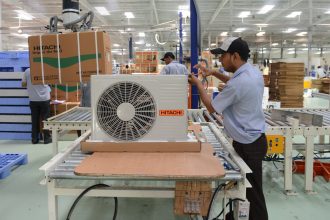 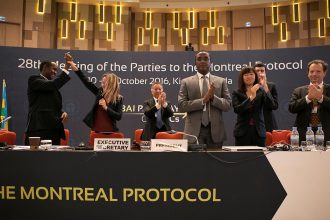