A new study shows high salt levels, metals and even radioactive material have lingered for months and even years in the water and soil near four oil-and-gas wastewater spills in North Dakota. The researchers from Duke University also believe the lasting threat of such spills could be pervasive across the Bakken Formation, one of the nation’s most active oil fields.

The results “indicate that the water contamination from brine spills is remarkably persistent in the environment,” Duke scientists wrote in their study published Wednesday in the journal Environmental Science & Technology. The contamination included high levels of selenium, known to be toxic to fish and wildlife, and radioactive radium.

“We found even if you take away the spill water,” said Avner Vengosh, the study author and professor of earth and ocean sciences at Duke, “you still left behind the legacy of radioactivity in the soils,” where it could last for thousands of years. At the sites of bigger spills, there were high levels of radioactivity; at the smaller spill locations, the radioactivity levels were low, he said.

Most of the oil and gas industry’s wastewater—naturally salty water from deep underground that is laced with metals and radioactive materials—comes up during oil production and is called produced water, or brine. In North Dakota, the waste often ends up pooling on the ground or seeping into waterways due to failing infrastructure, such as leaky pipes or overflowing storage tanks.

More than 4,000 spills have occurred in North Dakota since 2001, state records show. While many of these spills involve small amounts of wastewater, an investigation by Inside Energy last year showed these spills are increasing in size and frequency. In a move to curb these spills, state regulators are drafting new stricter construction and monitoring requirements for wastewater pipelines.

Two of the largest spills were the subject of the recent study. The biggest was discovered in January 2015 when a pipeline sprung a leak in the northwestern corner of the state near the town of Williston. Approximately 3 million gallons of wastewater was released, contaminating at least two waterways, including Blacktail Creek. (This same pipeline leaked again earlier this year close to the previous spill site.) In July 2014, about a million gallons of wastewater spilled out of a different pipeline in western North Dakota. Called the Bear Den Bay spill, it occurred in the Fort Berthold Reservation and impacted a tributary of Lake Sakakawea.

Last summer, Duke researchers collected and analyzed soil and water samples from those two leaks and two smaller 2011 spills that also contaminated surface water nearby. The researchers also analyzed samples of produced water sourced from North Dakota operations, as well as samples of surface water and soil from non-spill sites.

Compared to other states, North Dakota waters have especially high salinity levels. A process called isotopic analyses confirmed the source of the spills were oil-and-gas wastewater. Tests for a wide variety of metals found concentrations one to two times higher than at non-spill sites.

Some water samples had metal concentrations exceeding federal environmental and drinking water regulations. Selenium levels at most spill sites were 35 times higher than those recommended for freshwater aquatic life. And the radium levels observed were 10 to 100 times higher than the levels found at non-spill sites, with the potential to linger in the soil for centuries.

According to Tzahi Cath, a professor at civil and environmental engineering at Colorado School of Mines, the research clearly shows “there’s much more [environmental] impact of big spills.”

Cath, who was not involved in the study, added: “It’s an important study, but probably more needs to be done.” He said the Duke researchers limited their search to metals and salts and could have missed other contaminants such as oil in the water and soil.

Vengosh said he and his colleagues first looked in public records for existing data on the spills with respect to water quality and found none. He called the study a “wake-up call” for more monitoring and testing around these spills, including downstream of impacted areas.

According to North Dakota health official Dave Glatt, the study’s findings are consistent with the testing and monitoring done by regulators. Glatt, who was not involved in the study, told InsideClimate News some of these sites are still being monitored, including around the Blacktail Creek spill. Glatt said that spill was so massive that cleanup could last several years. Because the Bear Den Bay spill occurred on tribal land, federal regulators handled the response, so Glatt did not know the monitoring status there. Glatt is head of the state Department of Health’s Environmental Health Section, which oversees wastewater spill response and cleanup.

Glatt’s main criticism of the study was the researchers extrapolating the results of four spill sites to represent what’s going on across the state. And because the four samples were taken mostly from sites still undergoing cleanup or remediation, he said, they may not represent results from fully cleaned-up sites.

But Vengosh said it was fair to use these examples as reason to be watchful for even more water contamination. “We see this is a widespread problem,” he said. 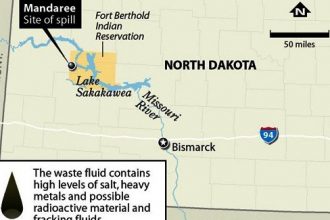 'Saltwater' From Spill: Not What's in the Ocean 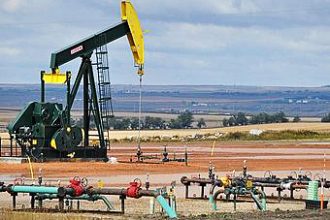