The burgeoning space tourism industry could soon fuel significant global warming while also depleting the protective ozone layer that is crucial for sustaining life on Earth, a new study concludes.  The findings, published Saturday in Earth’s Future, raise additional concerns about the “billionaire space race” fueled by some of the world’s richest men.

A key focus of the study was emissions of black carbon, or soot, from the combustion of rocket fuel. Black carbon, which comes from burning fossil fuels or biomass, absorbs light from the sun and releases thermal energy, making it a powerful climate warming agent.  At lower altitudes black carbon quickly falls from the sky, remaining in the atmosphere for only a matter of days or weeks.

However, as rockets blast into space, they emit black carbon into the stratosphere where it remains, absorbing sunlight and radiating heat, for up to four years before falling back down to Earth. Black carbon emitted in the stratosphere is nearly 500 times worse for the climate than similar emission on or near the surface of the earth, the study found. Black carbon emissions from all space flights are currently relatively low but could quickly increase if projections for the growth of space tourism prove correct.

“A big ramp up in the number of space launches, which is hoped for by the space tourism industry, poses a risk to the climate by adding black carbon particles to the upper atmosphere and as a result, we should think very carefully about regulating this industry before it gets out of hand,” Robert Ryan, a researcher at University College London and the study’s lead author, said. “It would be a real shame for humanity to look back in 50 or 100 years when we’ve got thousands of rocket launches a year and think, ‘If only we’d done something.’”

To calculate the impact of spaceflights, Ryan and colleagues produced an inventory of all pollutants released from the 103 rockets launched worldwide in 2019, as well as data on the re-entry of reusable rockets and space junk descending back into Earth’s atmosphere.

The researchers then plugged the emissions data into atmospheric chemistry and heat transfer models to determine their impact on ozone depletion and climate change. They also included recent projections of anticipated flights by space tourism companies Virgin Galactic, Blue Origin and SpaceX to plot potential future emissions from the industry.

The study also found that rockets deplete the Earth’s atmospheric ozone layer, which protects the planet from harmful ultraviolet radiation from the sun. Rockets that burn solid, chlorine-based fuels harm ozone by releasing chlorine, which destroys ozone, directly into the stratosphere. Chlorine-containing chemicals, such as chlorofluorocarbons (CFCs), were banned under the Montreal Protocol, an international agreement to protect atmospheric ozone that was adopted in 1987. Solid fuel rockets were not part of the ban.

Regardless of the fuel type used, all rockets contributed to additional ozone depletion through the emissions of nitrogen oxides upon re-entry into the stratosphere.

A second study that also looked at the climate and ozone impacts of rocket launches and was published earlier this month, came to similar conclusions. The study, published in JGR Atmospheres, projected that increased emissions from space tourism would also disrupt global atmospheric circulation, slowing the transport of air from the tropics to the poles in the upper atmosphere.

This decrease in circulation would result in a slight reduction of atmospheric ozone concentrations in the northern hemisphere, said Christopher Maloney, the study’s lead author and a research scientist with the National Oceanic and Atmospheric Administration.

“Anytime you see anything that impacts ozone, it’s worthy of further investigation,” he said.

Stephen Andersen, research director for the Washington-based Institute for Governance and Sustainable Development, said the recent studies further the climate and ozone concerns related to rocket launches that NASA scientists first raised nearly half a century ago.

“Over the last 45 years, they came to the same conclusion,” Andersen said of research done by NASA and others. “Current emissions are not a significant source, but they would be incredibly significant if the projections of space flights prove true.”

By one measure, public opinion turned against space tourism last year as some of the world’s most wealthy individuals blasted into space amid an ever-warming climate and the ongoing Covid pandemic.

U.S. spaceflight company Virgin Galactic, which was founded by British billionaire Richard Branson and hopes to offer 400 flights per year from its “spaceport” in New Mexico, did not respond to a request for comment.

But, the company appears to be aware of the climate concerns posed by space tourism. In its most recent annual financial report filed with the U.S. Securities and Exchange Commission, Virgin Galactic stated that the company “may be adversely affected by global climate change or by legal, regulatory or market responses to such change.”

Blue Origin, the space tourism company owned by Amazon founder Jeff Bezos, envisions “millions of people living and working in space for the benefit of Earth.”

Company executives did not respond to a request for comment. Blue Origin’s rockets burn liquid hydrogen and oxygen and emit water vapor and nitrogen oxides, but not black carbon. Emissions from hydrogen fuel rockets in the upper atmosphere pose less of a threat than other rocket types, but emissions of nitrogen oxides in the stratosphere and the emissions that go into producing liquid hydrogen on earth are still a concern, Ryan said.

Elon Musk, the founder of SpaceX and the world’s richest person, tweeted in December that SpaceX plans to remove carbon dioxide from the atmosphere and turn it into rocket fuel. Musk is also funding a $100 million prize for the development of carbon removal. While many seek to turn CO2 into fuel, such efforts remain unproven. Rockets that burn fuel derived from carbon dioxide would also likely result in emissions of black carbon and nitrogen oxides in the upper atmosphere.

“They need to think before they act and they ought to consider all the options of minimizing the impact,” he said. “Then the final decision over whether it’s worthwhile to society to allow this enterprise should be made in some kind of a governance way.” 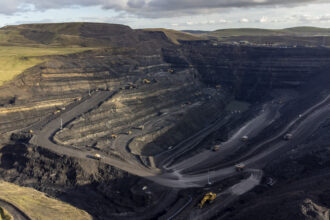