President Donald Trump’s administration and its allies in the climate denial community have mounted a campaign to try to discredit the Fourth National Climate Assessment, an effort that has escalated in intensity since the report’s release during the Thanksgiving weekend.

Trump could not halt the peer-reviewed assessment by the U.S. government’s climate scientists. The report—the most comprehensive and authoritative report on climate change and its impacts in the United States—is mandated by a law Congress passed in 1990.

But after an attempt to minimize the attention it received, by slipping it out to the public on the afternoon of the Black Friday shopping holiday, Trump flatly rejected its central finding that global warming is causing ongoing and lasting economic damage. “I don’t believe it,” he said.

Since then, cabinet members like Environmental Protection Agency Acting Administrator Andrew Wheeler and Interior Secretary Ryan Zinke have picked up the extraordinary assault, while some of the most prominent stalwarts of science denial have chimed in with arguments seeking to portray the report as “alarmist” and extreme.

Some of the more than 300 experts inside and outside the government who authored or otherwise took part in the assessment have staunchly defended the report, pointing out that it considered a broad range of scenarios and was based on thousands of climate studies and the work of 13 federal agencies.

“Climate science isn’t a religion: it’s real, whether we believe in it or not,” Texas Tech University atmospheric scientist Katharine Hayhoe wrote on Twitter in a lengthy thread seeking to set the record straight. “If our decisions are not based in reality, we are the ones who will suffer the consequences.”

But the chorus of doubts could help obscure the significance of a report that poses a significant threat to the Trump administration’s fossil fuel-friendly agenda. It would be an echo of a similar campaign at a pivotal moment, the so-called “Climategate” scandal in 2009, in which unsubstantiated attacks on climate scientists based on their stolen emails undercut the credibility of their work on the eve of the Copenhagen climate talks.

Now, the new assessment on the growing threat global warming poses to human life, property and ecosystems across the country, and the potential for vast economic damage, is sure to be highlighted in the renewed discussion of climate change expected on Capitol Hill when the Democrats take control of the House in January, and in the growing movement in the states for strong action to reduce carbon emissions.

The administration and its allies appear to be repeating one main talking point in their effort to discredit the National Climate Assessment: They claim, inaccurately, that the report represents only a worst-case scenario. It actually reflects a broad range of possible future outcomes—along with an enormity of direct, present-day observations of the impacts of global warming.

The naysayers are trying to build that falsehood on a number of misleading assertions:

The arguments of the Trump administration have been amplified in media coverage in the aftermath of the report’s release.

Danielle Pletka of the conservative think tank American Enterprise Institute prefacing her remarks with the caveat, “I’m not a scientist,” before delivering a blizzard of inaccuracies on Sunday’s “Meet the Press” on NBC aimed at undermining the report’s credibility. Pletka said the last two years have been the coldest on record, when in fact they have been among the warmest. She said the U.S. “is not using dirty coal anymore,” when in fact about 30 percent of U.S. power is still generated by coal and only one U.S. coal plant has technology in place to capture some of its carbon emissions.

Hayhoe pre-taped an appearance on CNN’s Anderson Cooper 360 show to talk about the National Climate Assessment on Tuesday, but her appearance—though posted online—was bumped from the TV broadcast. CNN instead aired a segment with paid contributor Rick Santorum, a former Republican U.S. senator from Pennsylvania, who accused climate scientists of stoking alarm to make money.

A Problem for Trump in the Courts?

The report is a high-stakes problem for the administration in both the political sphere and in the courts.

Not only do Democrats promise to elevate the issue on Capitol Hill next year, but the administration is facing legal challenges on numerous fronts over its rollback of the Obama administration’s policies aimed at reducing greenhouse gases. States and environmentalists challenging the rollback of the Clean Power Plan and vehicle fuel economy standards are certain to point to the report’s findings. It could also be used to help underpin the high-profile case by 21 children suing the United States for failing to take action to limit greenhouse gases.

“Though the President denies that climate change is even occurring, and the administration has attempted to downplay the Assessment and limit public awareness about it, the words of the report could well come back to bite the Administration in court,” Ann Carlson, an environmental law professor at the University of California at Los Angeles School of Law, wrote in a blog post.

Cara Horowitz, co-executive director of the Emmett Institute on Climate Change and the Environment at UCLA School of Law, said she does not expect that the attacks by the Trump administration and its allies will blunt the power of the scientists’ stark assessment in the eyes of the courts.

“I think it’s clear that the EPA’s raising of doubts and the other high-profile public statements are designed to influence public opinion, and they may indeed influence the politics of climate change,” Horowitz said. “They are not likely at all to influence the outcome in the legal arena, where the courts look very carefully at the quality of evidence. 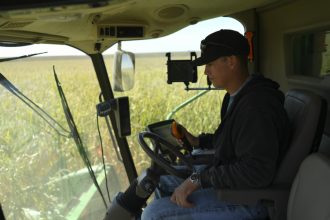 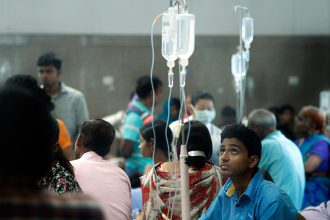