When it comes to the climate impacts of our diet, it pays to be particular.

One bowl of rice can have six times the climate impact of another. Beer from a bottle can result in more greenhouse gas emissions than beer from a keg. One cup of coffee’s carbon footprint may be 15 times bigger than another’s. Those are some of the findings in a sweeping study, published Thursday in the journal Science, that looked at the complexities of the world’s food and agricultural systems to determine the environmental impacts of food production.

It found that if the world’s consumers want to put a genuine dent in greenhouse gas emissions from food production, they should make one choice above all: Switch to a plant-based diet.

The world’s food and agricultural systems produce more than a quarter of man-made greenhouse gas emissions, the study notes, and nearly two-thirds of those emissions are linked to animal products. If consumers switched to a plant-based diet—or even cut their consumption of animal products in half—the shift could have substantial environmental benefits.

That’s especially true for Americans, who consume about three times more meat per person than the rest of the world.

The authors of the study, from Oxford University and a Swiss government research institute that specializes in life-cycle assessments, attempted to calculate the impact of individual producers across the globe by looking at thousands of studies on the impact of food production, from the farm to the consumer. Ultimately, they focused on 570 studies, covering nearly 39,000 farms and 1,600 processors across 119 countries and 40 products, representing about 90 percent of global calorie and protein consumption.

Research has, for some time, made it clear that a plant-based diet has lower climate impacts than a diet high in animal products. But Joseph Poore, a co-author of the study, said he believes this is the first study to look at the environmental impact of food production throughout the supply chain and across countries. In addition to greenhouse gas emissions, the study also looks at water use, land use, and emissions from acidification and eutrophication — the excess runoff from agricultural fertilizers that starves plant life of oxygen.

The researchers found that shifting from current diets to a diet without animal products would cut greenhouse gas emissions by nearly half, or about 6.6 billion metric tons. In the U.S., shifting to a plant-based diet would cut emissions by 620 million metric tons, or about 61 percent of the country’s emissions from food. (The figures are based on a reference year of 2010, which was the median average year across all the studies the researchers used.)

Overall, the researchers found that the world’s food supply chain in 2010 generated 13.7 billion metric tons of greenhouse gas emissions, about quarter of all man-made emissions. The study found that about 61 percent of the food supply chain’s greenhouse gas emissions are linked to the farm. That percentage rises when deforestation, mostly to open up land for feed and cattle-grazing, is factored in.

Meat, aquaculture, eggs and dairy use about 83 percent of the world’s farmland and contribute 56 to 58 percent of food-related emissions, though they provide only 18 percent of calories, the study found.

Poore and his co-author, Thomas Nemecek, also determined there can be huge differences between the environmental impact of different samples of the same types of food—something that surprised them.  They attributed the differences to a range of factors, including feed, pasture type, fertilizer use, climatic conditions, transportation, packaging and consumer waste.

“Two products that look the same in the shops can have very different impacts on the planet,” Poore explained in an email. “For example, high-impact beef creates 1,100 percent more GHG emissions and uses 4,900 percent more land than low-impact beef.” Beef from the Amazon or Indonesia, for example, has a much higher climate impact because forests are razed to graze the cattle.

But the differences between the impact of plant-based food and animal-based food is even higher.

“Even the lowest-impact animal products exceed the impacts of vegetable substitutes,” Poore explained. “It will always be better to consume vegetable proteins and milks, rather than trying to purchase sustainable animal products.”

He suggested that producers and processors could convey the range of impacts to consumers by labeling foods using low- and high-impact categories.

Climate Choices Come Down to Consumers

Ultimately, the study concludes, consumers will play the biggest role in making choices that reduce the environmental and climate impacts of food.

“Today, and probably into the future, dietary change can deliver environmental benefits on a scale not achievable by producers,” the authors write. “Moving from current diets to a diet that excludes animal products has transformative potential.”

This week, a new index from the Farm Animal Investment Risk and Return (FAIRR) group finds that more than 70 percent of the world’s 60 largest meat and fish producers—representing about one-fifth of the global market—are failing to adequately report their greenhouse gas emissions to investors and the public. 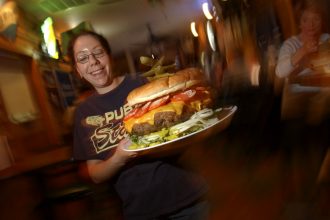 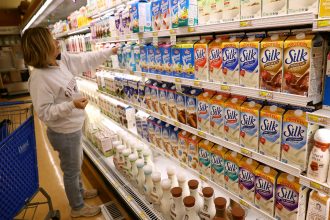 Cows vs. Almonds and Soy: Who Gets to Be Called Milk, and Are They Climate Friendly? 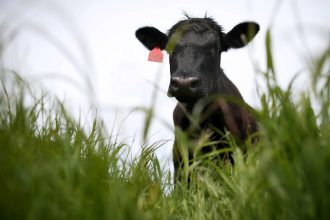 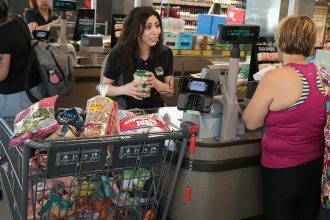 Better 'Use by' Labels, Less Food Waste: Companies Take a Bite Out of Climate Change