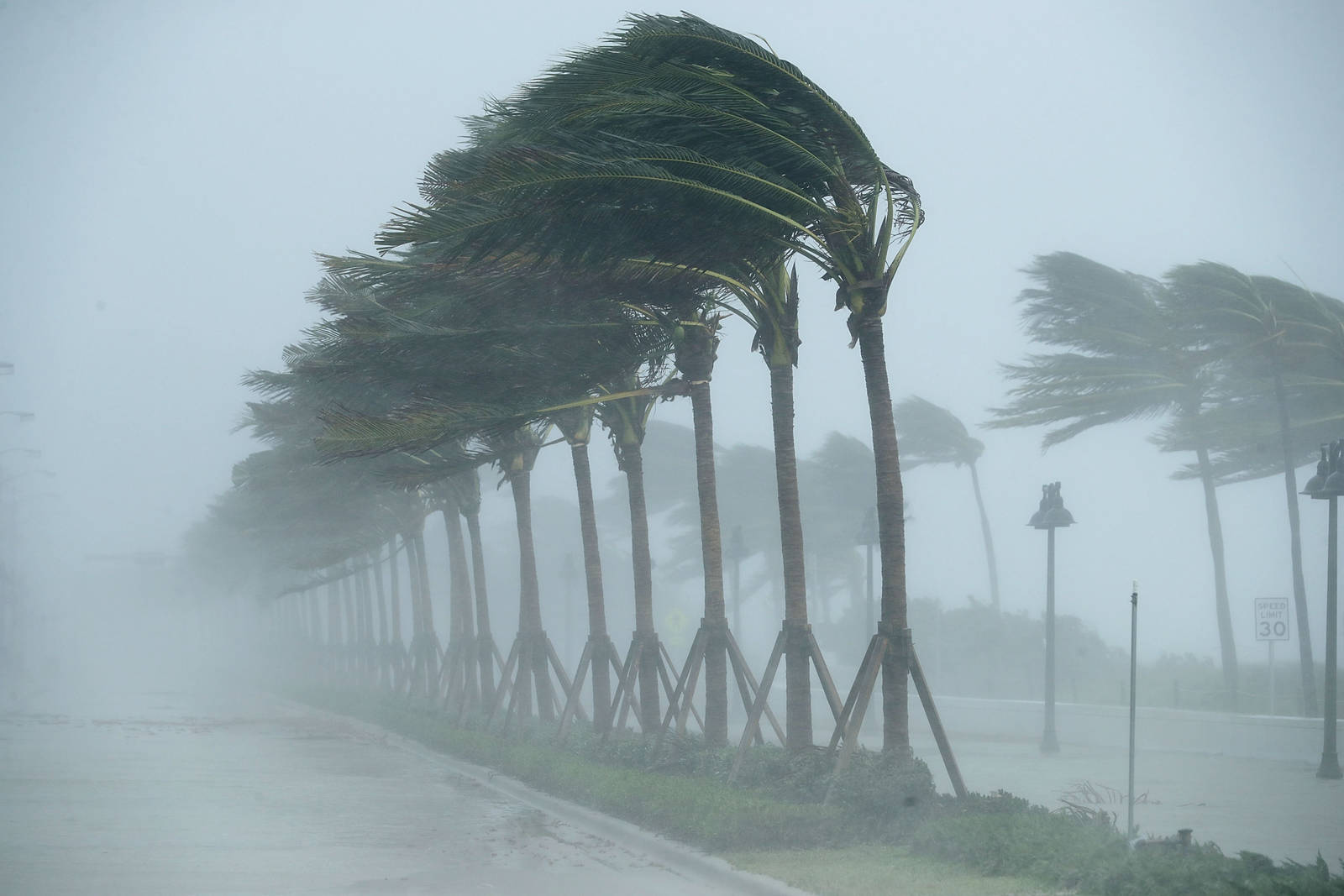 Daniel Hill remembers the indelible sounds: how the wind gusted like a dry hurricane, and the trees crackled before bursting into flame, and his neighbors’ propane and well-pressure tanks exploded as the Camp Fire swept through each block of his hometown of Concow.

In the early morning of November 8, 2018, Daniel, with his family, fought the blaze as its flames towered and swirled across their northern California farm. By midday, the fire would kill 85 people in Butte County and incinerate nearly the entire town of Paradise, population 26,000, becoming the deadliest, most destructive fire in California history.

Disasters split people’s lives apart, into a before and an after. For Daniel, then 14, the sounds of the blasts signaled that break. While he worked to defend the farm, a well-pressure tank detonated like a bomb about 300 feet away, breaking through all the other noise. Later, the ever-changing wind pushed a wall of noxious black smoke over him and into his lungs. Daniel fell to his knees, unable to breathe. He thought he might not get up, that he would suffocate on the grass, a couple hundred yards away from his grandparents’ house. Then the wind shifted again, taking the smoke and the threat to his life away as quickly as it had brought it.

After fighting the blaze for 18 hours, Daniel’s family saved his grandparents’ house and most of the other nearby structures. No one died. But his parents’ home was gone, along with most of Daniel’s possessions.

My colleague, videographer Anna Belle Peevey, and I met Daniel during our reporting on American Climate, a project documenting the complex, often wrenching recovery people endure after weather-driven disasters—Hurricane Michael, which roared ashore in Florida in October 2018, the Camp Fire here in Paradise a month later, and the record river flooding in the Plains states in March 2019.

When people told of us of defending their homes from wildfire, or of walking out into a town devastated by a hurricane, or of returning to a house that had steeped in floodwaters for weeks, they often recounted with a poet’s precision the sounds they had heard.

“We think about trauma, and we think about distressing things we see. But traumatic events are multisensory experiences,” said Sarah Lowe, a psychologist and assistant professor of social and behavioral sciences at Yale School of Public Health. “When people talk about things that are triggering experiences, it’s sounds, smell, touch.”

The tanks exploding during the Camp Fire told people their communities would soon become unrecognizable. The disembodied beeping of smoke detectors in piles of rubble after Hurricane Michael marked the destruction. In the aftermath, the familiar morning bustle of a small town disappeared, becoming a troubling silence instead. New sounds like the whine of chainsaws arrived during the rebuilding, which often added to the confusion of a newly unstable world. After the trauma, everyday sounds that once brought comfort—rainfall, the crackle of fire—now brought anguish.

Daniel went back to Paradise High School and slowly began to put the destruction, fear and grief behind him. His grades were good. He went to counseling. He started dating a new girlfriend. Then, on the Fourth of July, he went with her and her family to a fireworks show. The first displays were simple, but the fireworks grew louder as they built to the finale. With each explosion, everything Daniel had lived through during the Camp Fire and its aftermath came back to him. He could hear the propane tanks exploding and smell the acrid smoke in the moment when he was on the ground, unable to breathe.

He sat on the pavement, with his girlfriend in his lap, and he put his head on her shoulder and began to cry quietly. She had survived the fire, and she wept, too, as the explosions sounded above them.

“Fighting the fire, we were hearing them go off, and the fireworks set me back there to that day,” Daniel said. “I just faded out. I started crying, from the sadness and anger and fear. From the fact that it all happened and for everything we’re going through.”

The sound of the fireworks made Daniel realize he couldn’t return quickly or easily to the life he’d had before. “The memories of everything during and after the fire: I was reliving it,” he told me. “It’s not something you let go of, like everything is fine.”

A Blast of Rain as Loud as a Train

An explosive downpour during the worst hurricane to hit the Florida Panhandle alerted Brittany Pitts that her life, and her children’s lives, and everything they relied upon to feel safe, were about to be upended. It was 10:30 in the morning on October 10, 2018, in Panama City, Florida, as Hurricane Michael raked the Panhandle. A haze of raging wind and rain had whited out the world outside her apartment windows. That’s when Brittany, 34, heard the blast of rain, loud as a train, within the howling storm.

She was in her living room on the second floor, huddled with her mother and three small children. The youngest, Lawson, was only five days old. The sound made Brittany glance down the hall toward the bedrooms. She watched as the ceiling at the very end of the hallway lifted off the top of the wall, exposing a seam of daylight as the relentless wind tore the roof away.

“I started freaking out, and my mom said, ‘That’s the last thing you want to do in front of your kids,’” Brittany told me when we met five months later. “But all these emotions started coming over me, like, ‘I should have left.’ I have this five-day-old baby, and because there was so much rain, all I could think was, ‘If this roof comes off, we’re gonna get flooded out.’ And I just remember thinking to myself that I have to hold on to this baby, my five-day-old baby, as strong as I can.”

The roof blew away moments later as the storm peeled it back over part of the bedrooms. But it stopped short of the living room where Brittany and her family sat, stunned into silence. Water poured in during the storm, ruining almost everything the family owned. Hurricane Michael, a rare Category 5 storm, arrived in Florida with sustained winds of 160 miles per hour, the strongest storm in history to make landfall on the Panhandle. It killed 59 people in the United States and inflicted billions of dollars of damage, including the near-complete destruction of the city of Mexico Beach near Panama City.

When Anna Belle and I traveled to Panama City in March, Brittany was still trying to move forward, finding donated clothes for the children, buying used furniture, getting the recently repaired apartment ready for them finally to move back in. Even then, on some afternoons, the loud, syncopated static of a heavy rain stopped her cold.

“The sound of the rain brings me back to October 10 every single time,” she told us. “I think about that moment right before the roof came off. It’s probably something even ten years from now that will make me emotional: that everything I worked so hard to provide for my kids after my divorce was taken away in an instant.”

The sound of heavy rain makes her heart race. It leaves her feeling paralyzed, wanting only to sit in the middle of her apartment, perfectly still.

You can try to avoid seeing something that will bring the hurricane back, but “sounds are less easy to avoid. They sneak up on you,” said Lowe, the Yale psychologist. “You hear a sound and are psychologically startled by it.”

After the Storm, the Sound of Silence — and Chainsaws

Hal Summers, from nearby Mexico Beach, struggles with the sounds, too. He almost drowned when Michael swept in with a 15-foot storm surge that flooded his parents’ home, where he was riding out the storm. He took refuge in an outdoor bathroom, spending hours stranded on a bench alongside a neighbor until the water subsided. The next morning, after the waters receded and he finally stepped out onto the main road in town, he thought for a while that he was the only person alive.

As Hal wandered the neighborhood, he saw that the sea had shoved homes off their foundations and set them in the middle of the road or plowed them into other buildings. The storm had shattered houses, tearing back walls to reveal dressers and beds. Within the wet rubble, smoke detectors sounded for buildings that no longer existed, a round-the-clock reminder to Hal and anyone else still in town that their lives had been profoundly altered. The constant beeping lasted a month until the batteries died or the debris was hauled away. “Every house was beeping and it just drove you up the wall,” Hal said.

We met him in Mexico Beach. He was living with his brother because his apartment had been badly damaged. The restaurant where he’d worked was destroyed. Hal tried to stay optimistic, volunteering at a food truck for weeks after the disaster to feed whoever was in Mexico Beach during the early clean-up.

“It takes a lot. It takes every day. You want to be positive,” Hal said of his life in a landscape where what he saw and heard didn’t make much sense. “When I’m at work, people are like, ‘What’s wrong?’ And I’m like, ‘I’m fine.’ But I’m not fine.”

Most residents were still scattered elsewhere because they had no homes to return to. Few of the tourists who normally visited were around because motels and stores had been destroyed. The old familiar sounds of children laughing and shrieking on the beach, or RVs pulling into town, were gone. In the absence of traffic and commerce, there was only the clear whine of chainsaws and the growl of earthmoving equipment tearing down listing, ragged houses.

During the Midwest Floods, the Groaning and Cracking of Ice Slabs

Some sounds repeat across the disaster zones. Paradise, California, was mostly quiet, even four months after the fire, except for the chainsaws of utility workers chopping down thousands of burnt trees that still remained upright. Big dump trucks growl down empty roads in Florida and California, and in flood-ravaged Nebraska, hauling away the remnants of towns and farms. Like the sounds themselves, the fears they spark reverberate across disaster zones, arising in disparate places among people whose traumas can be summoned by something as subtle as the falling of the rain.

In March, as Paradise and Mexico Beach slowly returned to life, heavy rains flooded the northern Great Plains. Rapid thawing broke up thick ice on the rivers into slabs so large that they destroyed a dam in Nebraska, inundated farms and ranches and killed cattle by the thousands.

A small creek jumped its banks and flooded Mike and Nancy Crosley’s home on the Santee Sioux reservation. The couple evacuated to Mike’s mother’s house, just up the hill. All night, they heard the whoosh of the river and the groaning and cracking of the ice as the slabs slammed thunderously into nearby bridges and elevated roadways.

What unnerves the Crosleys now is the sound of rain, just as it does Brittany Pitts in Florida. The Crosleys used to welcome the sound of springtime rain. It meant that crops and livestock had enough water to flourish. But that was before. “It’s not a safe home any more,” Mike told Anna Belle and me, explaining why they won’t rebuild their old house. “You should feel safe in your home, and you’re not going to feel safe there now. Every time it rains in the spring, you’re going to remember that day.”