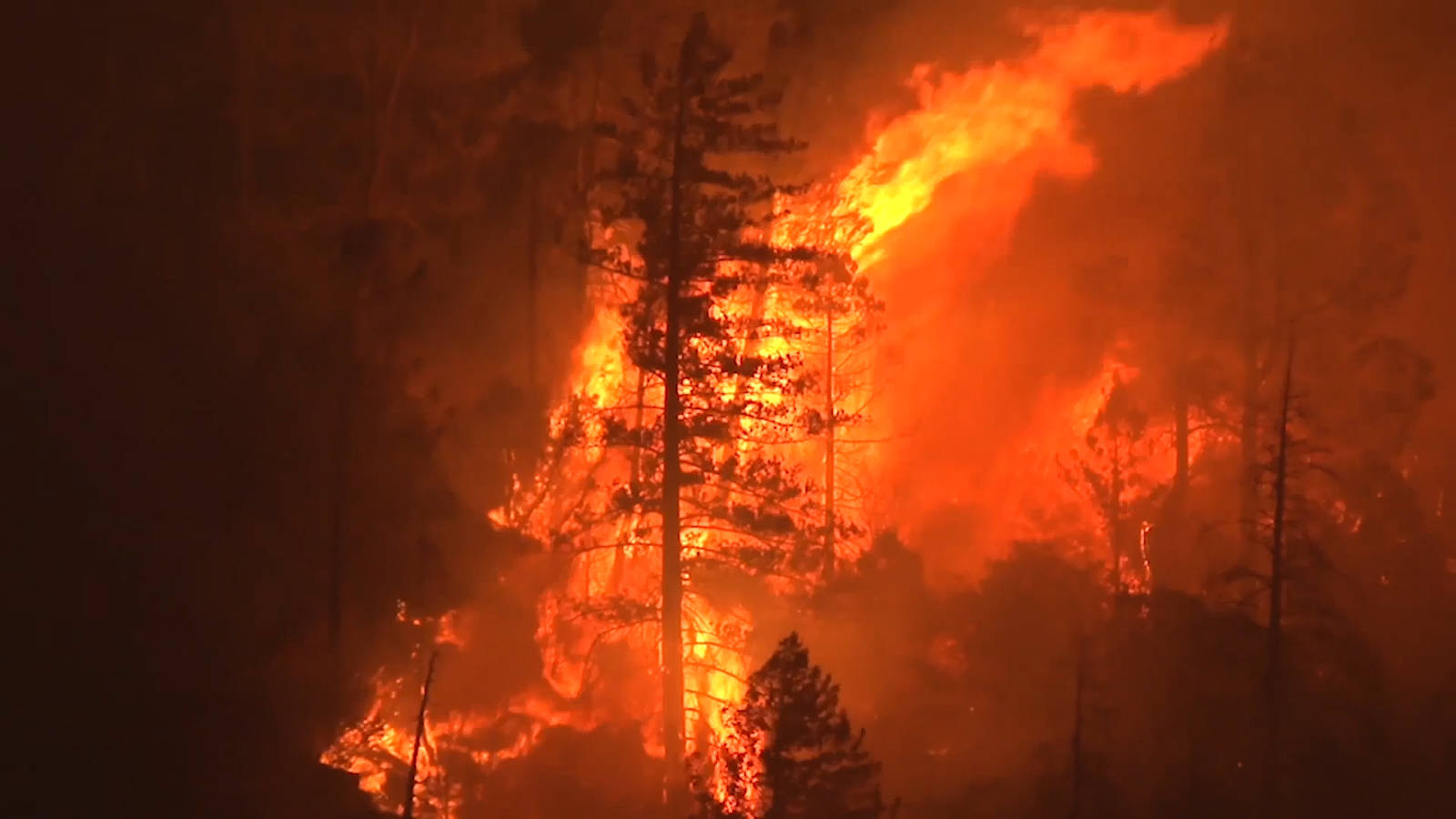 PARADISE, California—Wildfires have made and remade the California landscape for centuries. But in recent years, they have spread farther and become deadlier, and the fire season itself has grown longer. Nine of the 10 most destructive fires in recorded California history have occurred since 2000. Topping the grim list as we began work on the American Climate project was the November 2018 Camp Fire, which killed 85 people and incinerated more than 18,000 structures—including virtually the entire town of Paradise. Fires once again exploded all over the state a year later, with the Kincade Fire in Sonoma County alone consuming an area double the size of San Francisco and steadily moving toward the city of Santa Rosa.

A constellation of factors has primed California to burn big: more development in the forests, undergrowth that’s no longer cleared out by natural fires—and, importantly, climate change, which has been drying out the land and making fires bigger and the fire season longer.

Between 1990 and 2010, California built 1.1 million new homes in some of its most fire-prone regions, according to the most recently available data from the U.S. Forest Service. Population growth in this danger zone — known as the “wildland-urban interface”—has only risen since then. More development means more utility infrastructure now sits in highly combustible areas, including the electricity transmission lines that ignited the Camp Fire. The owner of those lines, Pacific Gas & Electric (PG&E), tried this year to reduce the risk of igniting a fire by shutting off power to millions of customers. Still, the company acknowledged during the 2019 wildfires that its equipment might have sparked two blazes in the San Francisco area.

About 95 percent of California’s wildfires are started by human activity, as opposed to natural events such as lightning strikes. And they’re more likely to happen in more populated parts of the state, including in the flammable wildland-urban zones, according to California’s Fourth Climate Change Assessment, issued in August 2018.

California’s forests are also more densely packed with vegetation than they were a century ago, because state and federal agencies have spent decades suppressing fires rather than letting them burn, which clears out the dead trees and undergrowth. Before the Gold Rush, California forests contained an estimated 50 to 70 trees an acre on average; by 2009, there were more than 400 trees per forested acre.

Already, climate change is exacerbating these vulnerabilities. The state has a natural cycle of wet winters, which nourish vegetation, followed by arid summers, which dry out the landscape and leave it susceptible to fire. Climate change has made California hotter: Summertime average temperatures in the state have risen 3.2 degrees Fahrenheit since the late 1800s, nearly all of it over the last 50 years.

A spate of studies has found that the rising heat has made the state drier and more prone to drought. The epic 2012-2016 drought, which scientists have shown was fueled substantially by climate change, caused more than $600 million in economic losses to the state’s agricultural industry. Its damage to forests, groundwater supplies and native species will be felt for decades, researchers concluded.

The long drought that ended in 2016 was followed by drier summers, making grasses, shrubs, bushes and trees in the state’s densely packed forests vulnerable to dying off in great swaths, said California State Climatologist Michael Anderson. But the dead vegetation remains in place. And if a spark hits it, the blaze moves in a dangerous chain, across the dry grass on the ground, up the shrubs like a ladder, into the dessicated trees, and through the canopy as a “crown fire.” Fires that spread through the trees are larger, faster and more destructive than fires that move along the ground, Anderson said. The Camp Fire moved the length of a football field a second, as the day’s high winds flung embers from burning trees hundreds of yards ahead.

The state now stays drier longer than in the past, extending the fire season in California deeper into autumn, when strong winds pick up around the state. Rain that normally comes in late October or early November has been arriving later. Butte County, Calif., in the Sierra Nevada region, was uncharacteristically dry when the Camp Fire ignited in a ravine in the small town of Pulga.

A July 2019 study published by the American Geophysical Union concluded that since the early 1970s, the average area burned annually by wildfire in California has increased fivefold. That trend is driven by an 800 percent rise in the area of land ignited by summertime fires. The researchers determined the increase stemmed from human-caused climate change that dried out vegetation, turning large parts of the state into a tinderbox.

The study homed in on the 3.2 degree Fahrenheit increase in average summertime temperatures that has made large stretches of California far more susceptible to fire. While that might not seem like much, the ever-higher temperatures in the summer months pull more moisture out of soil and vegetation, leaving parched landscapes — and causing an “exponential” impact on wildfire, researchers concluded.

“Human‐caused warming has already significantly enhanced wildfire activity in California, particularly in the forests of the Sierra Nevada and North Coast, and will likely continue to do so in the coming decades,” the study said.

If countries keep pumping out gas emissions at a high rate, the rising temperatures would increase California’s average annual burn area by 77 percent by the end of the century compared to 1990, according to a 2018 study cited by the state’s climate assessment.

The massive fires of the last several years, including the Camp and Kincade fires, are a sign of things to come.