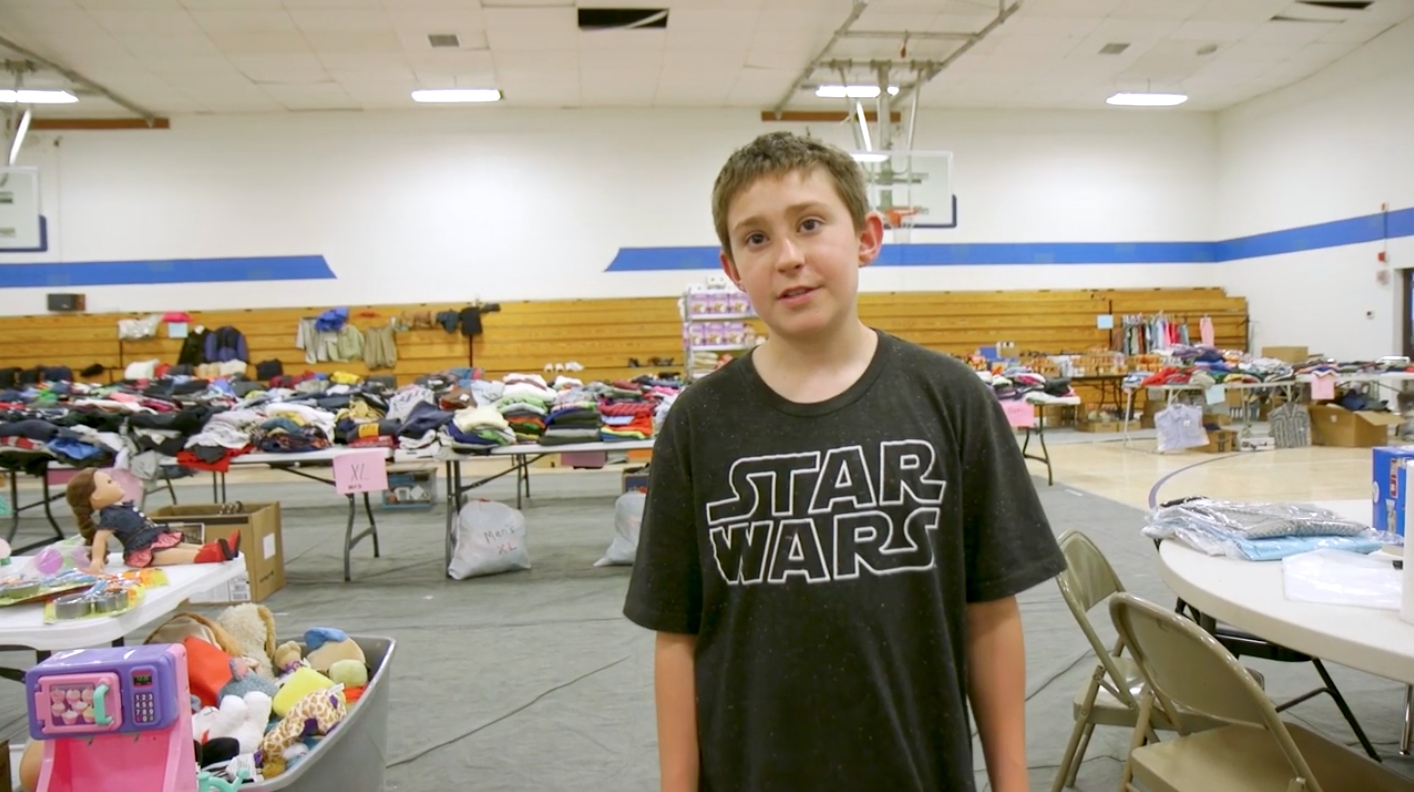 The seventh of 21 stories from the American Climate Project, an InsideClimate News documentary series by videographer Anna Belle Peevey and reporter Neela Banerjee.

HAMBURG, Iowa—Instead of shooting hoops in the gym, the kids at Hamburg Elementary School had to play outside while their gym was used as a donation center for flood victims in the aftermath of the 2019 Midwestern floods.

Except for Gabe Richardson. The sixth grader spent his time in the gym as a volunteer, and helped flood victims in this town of 1,000 find clothes, toys, cleaning supplies and other staples they needed to start rebuilding their lives. Even little things, like loading cars, made him feel he was making a contribution.

He remembers the waters rising quickly. Two feet of snow fell in February and then quickly melted when March brought unseasonably warm temperatures. Then the region was hit with a bomb cyclone, which caused two weeks worth of rain to fall in just 36 hours. Levees broke and flood waters whooshed into Hamburg.

There was no time, Gabe said, for people to box up their belongings. “No one knew it was coming,” he said. “But then … it hit and everybody lost everything. It’s crazy.”

Although extreme weather events like this cannot be directly connected to climate change, scientists warn that a warming atmosphere is causing more frequent and more intense that can lead to severe floods.  In Hamburg, the flood was exacerbated by a makeshift levee that could not hold the water back.

“It happened really fast,” Gabe recalled, “faster than we thought, because I was just hoping the water could go out as fast as it came in, but it didn’t.”