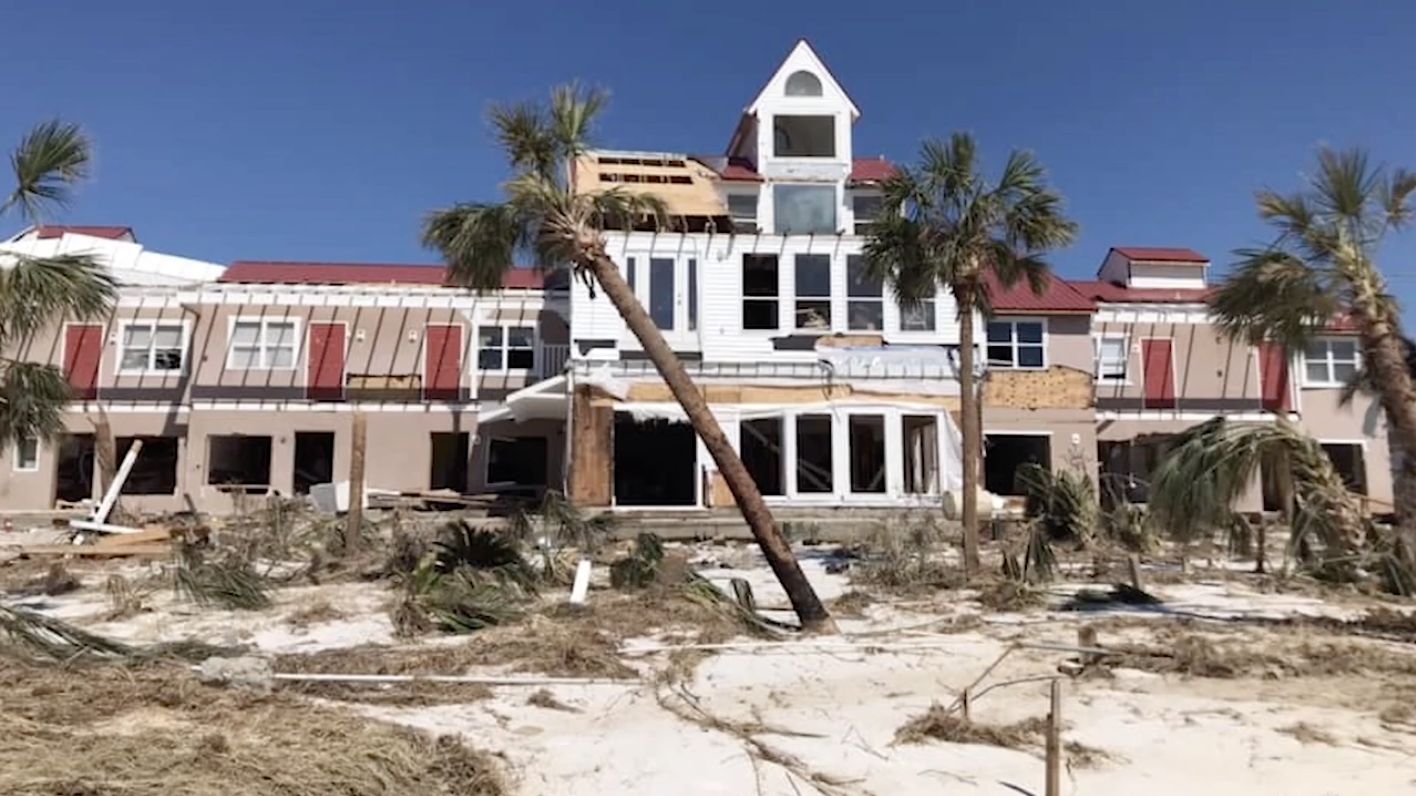 The 20th of 21 stories from the American Climate Project, an InsideClimate News documentary series by videographer Anna Belle Peevey and reporter Neela Banerjee.

MEXICO BEACH, Florida—For 45 years, Shawna Wood celebrated Christmas at the Driftwood Inn, owned by her parents, Peggy and Tom Wood, on the beach in this Gulf Coast town.

But on Christmas Day 2018, two months after Hurricane Michael, the Wood family celebrated in Atlanta, because the Driftwood Inn had been destroyed.

“The whole family comes here [to Mexico Beach],” Peggy said. But in 2018, she said, “We had no place to go. So we all had to go to Atlanta. And Shawna cried the whole week we were there.”

“It was miserable,” Shawna said.

Peggy lived in the inn and Shawna grew up on the beach. Frequent guests at the Driftwood became like grandparents to Shawna and her siblings—some even attended their graduations.

“It was a small town and you became part of a small extended family when you lived here,” Peggy said. “Everybody here looks out for everyone else; it’s just a wonderful little town to live in.”

But after Hurricane Michael struck Mexico Beach on Oct. 10, 2018, nothing was the same.

The storm quickly accelerated from a Category 1 hurricane to a Category 4 over the course of two days, giving residents little time to evacuate. By the time it made landfall, Michael was a Category 5, with sustained winds of over 160 mph.

“We didn’t anticipate it getting so strong so fast,” Shawna said. “I mean, we’ve never seen anything like this before. We’ve been through 45 years of hurricanes.”

The hurricane was the first Category 5 to hit the Florida Panhandle, but as the climate warms, scientists warn that more Category 4 and 5 storms will make landfall in the United States, fueled by hotter ocean waters.

After the storm, the Wood family returned to Mexico Beach to survey the damage to their inn. They had to use a GPS to navigate their way home, despite living in the town for decades, because all the familiar landmarks were gone. Their town was unrecognizable.

When they arrived at the Driftwood, the front of the building looked OK. The structure was still standing and mostly intact.

“It wasn’t until we went around back when we realized that it had gutted the place,” Shawna said.

Peggy wishes she could rebuild the Driftwood to look exactly the way it was before. The inn had a sense of “old Florida,” she said, where guests could walk out onto the beach directly from their rooms. But to avoid destruction by another hurricane, the new Driftwood Inn will be built 10 feet higher.

Still, there was a sense of the way things were before when Shawna and Peggy stood on the beach, looking at the ocean toward the horizon with the Driftwood at their backs. Here, they can almost imagine that everything was normal and nothing had changed.

“I don’t know if the sunsets have changed and gotten brighter, or if I just didn’t notice them before,” Shawna said. “Because of all the rest of the beauty, the only thing we have left is sunset.”