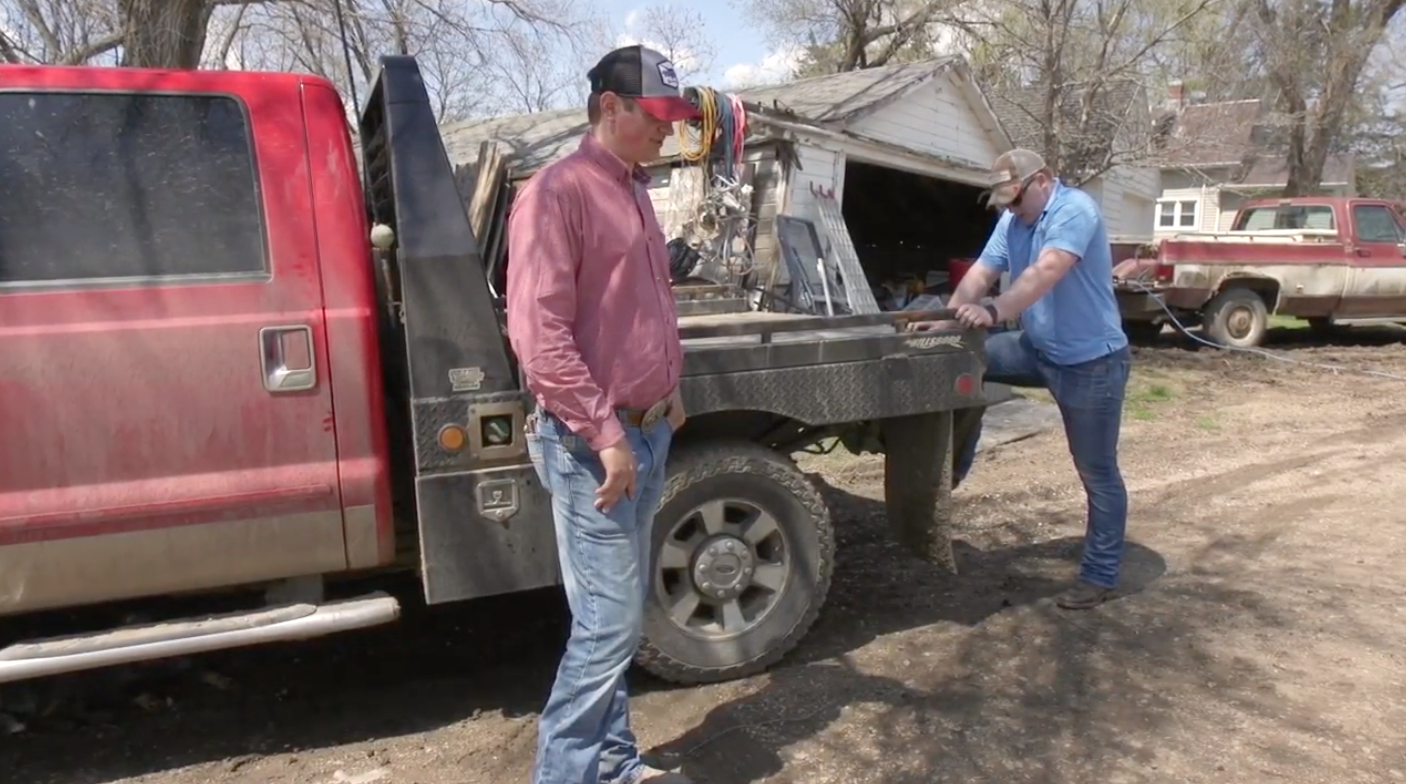 The third of 21 stories from the American Climate Project, an InsideClimate News documentary series by videographer Anna Belle Peevey and reporter Neela Banerjee.

NIOBRARA, Nebraska—The sign outside the Pischel family cattle farm says it was established in 1914, which makes Clint Pischel the sixth generation to work the land. It’s all he’s ever known, and neither he nor any of his forebears can remember anything like the floods that inundated their pastures in March 2019 and killed 59 calves.

There had been runoff after heavy rains in the past, he said, but there had never been ice chunks the size of compact cars, carried by 10-foot waves, crashing through sheds and fence posts and killing cattle.

“I’ve never seen the ocean or anything and this was the closest thing I could say I came to seeing what an ocean might be like,” he said, standing in a field after the water had receded. “And when it hit, even one small ice chunk is going to do the damage.”

Record floods swamped states across the northern Great Plains after intense precipitation from a so-called “bomb cyclone” hit the region, dumping more than two weeks worth of rain in 36 hours.

After a frigid February with an unusual amount of snow, the temperatures became unseasonably warm—”hot,” Pischel remembered—as the deluge came down on still-frozen land that couldn’t absorb the rain or the snowmelt. Rivers and creeks overflowed, jumped their banks and overwhelmed the aged Spencer Dam upstream from the Pischel ranch.

Climate scientists say the region, already prone to great weather variability, from drought to intense rainfall and flooding, will face even more as climate change continues to heat up the atmosphere. The 12-month period leading up to February 2019 was the fifth-wettest stretch of weather in Nebraska since 1895, said Nebraska State Climatologist Martha Shulski.

The night before the dam broke, Pischel remembered how he and his wife, Rebecca, and his father, Alan, worked in the driving rain to move their cattle up to higher ground, away from the river.

When local authorities called just after 6 a.m. the following morning to say that the dam had breached, Pischel remembers telling them how dozens of calves and a few cattle had wandered back down to pastures along the riverbank. “And the only thing they said back was, ‘No, you need to evacuate now,’” he said. “‘There ain’t time for that.’”

“Around 8:20, 8:30, was when the water hit,” he said. “The water was extremely high and moving fast…With all the big ice chunks and everything, the calves, they were just kind of at the water’s mercy and along for a ride, if you want to say. Wherever they ended up, they ended up.”

He lost 59 calves in all. “That was the worst part—hauling them to the dead pile,” he said.

Pischel figures it will take two good years for the family to make back what they lost to the flooding.

“In the long run, you know, if I was 65 years old, this would be the time to sell out,” Pischel said. “It’s the time to probably be done. But I’m young enough yet that unless I want to go get a 9 to 5 job somewhere, you got to survive stuff like this, otherwise there goes your future. And it’s something you want to pass on a generation.”