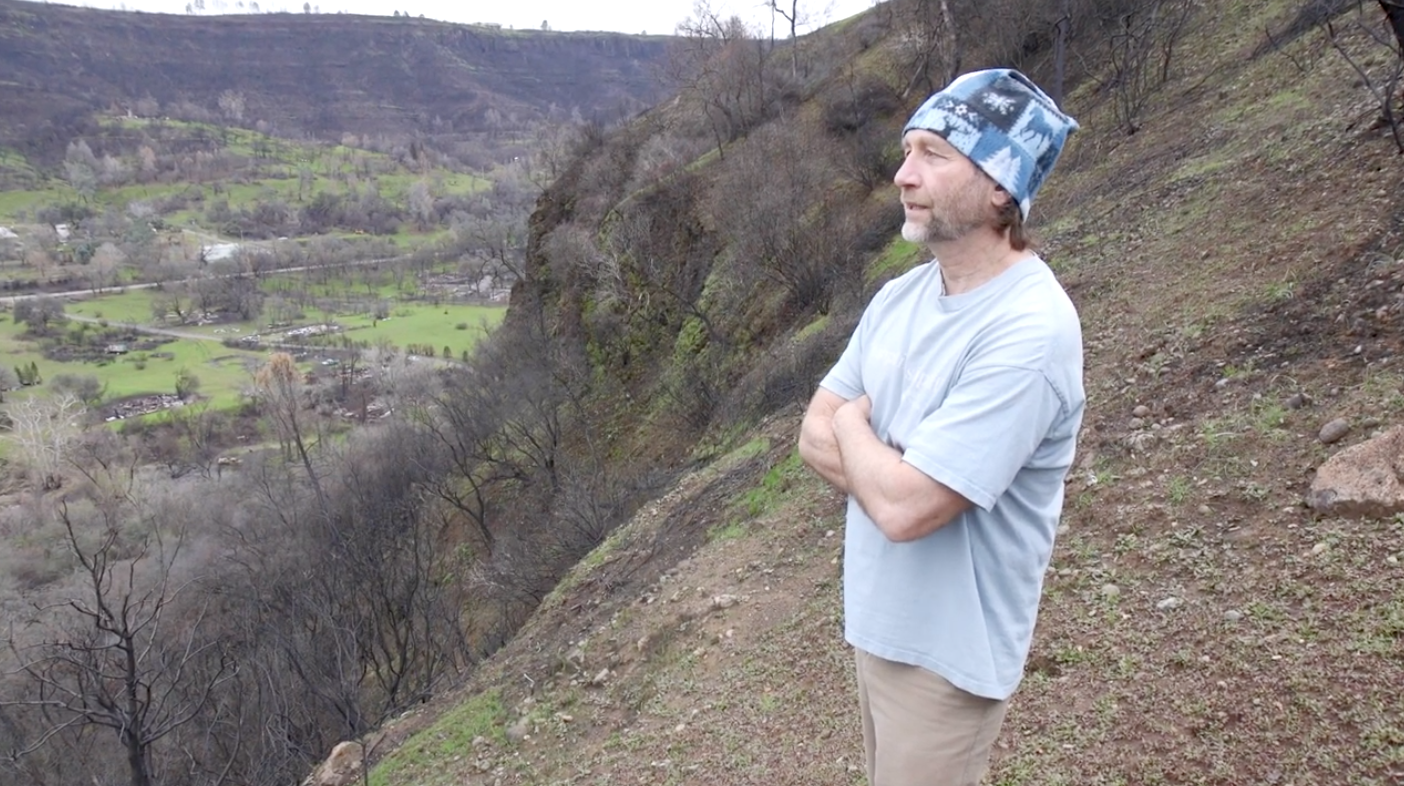 The 12th of 21 stories from the American Climate Project, an InsideClimate News documentary series by videographer Anna Belle Peevey and reporter Neela Banerjee.

CHICO, California—In disaster-prone regions, locals often have a plan for what they would save.

Randy Larsen based his plan on what had sentimental value. When the Camp Fire ignited on the morning of Nov. 8, 2018, and threatened his home in Butte Creek Canyon, about 13 miles west of Paradise, California, he grabbed things like photographs and letters.

“I was almost on autopilot in a sense of I’ve already had this talk with myself,” he said. “Anytime my house burns down … I’m going to grab this picture that my mother had stitched for me and this quilt. I had already thought that out.”

Despite his precautions, Larsen didn’t really believe his house would burn down.

“It was just kind of like precautionary; just in case, take this stuff that’s kind of super important,” Larsen said.

A week later, he found out that the house was gone.

The Camp Fire was to become California’s deadliest and most destructive wildfire to date—with 85 deaths and 18,000 structures destroyed. The blaze occured after the normal fire season had ended and was fueled by dry brush littering the forest floor. A warming climate is extending the fire season and intensifying the dry conditions that invite wildfires.

“I don’t think there’s any question that this wildfire was the consequence of climate change,” Larsen said. “I grew up in California. We’ve never had wildfires in November.”

Larsen, a professor of environmental ethics and philosophy at California State University Chico, believes the Butte Creek Canyon will burn big again, and that wildfire risk will increase as global warming worsens.

Despite this outlook, Larsen is rebuilding his home in the canyon while living in an RV on the property. He wants to build his new house out of plaster rather than wood and install a sprinkler system.

“I wish I could say this is the new normal, but that would be profoundly optimistic if it stayed at being just this bad,” he said. “I haven’t seen any research that suggests that it’s going to level off.”

He added, “I think these are the good old days in terms of wildfire in California, and that’s a bit heartbreaking.”