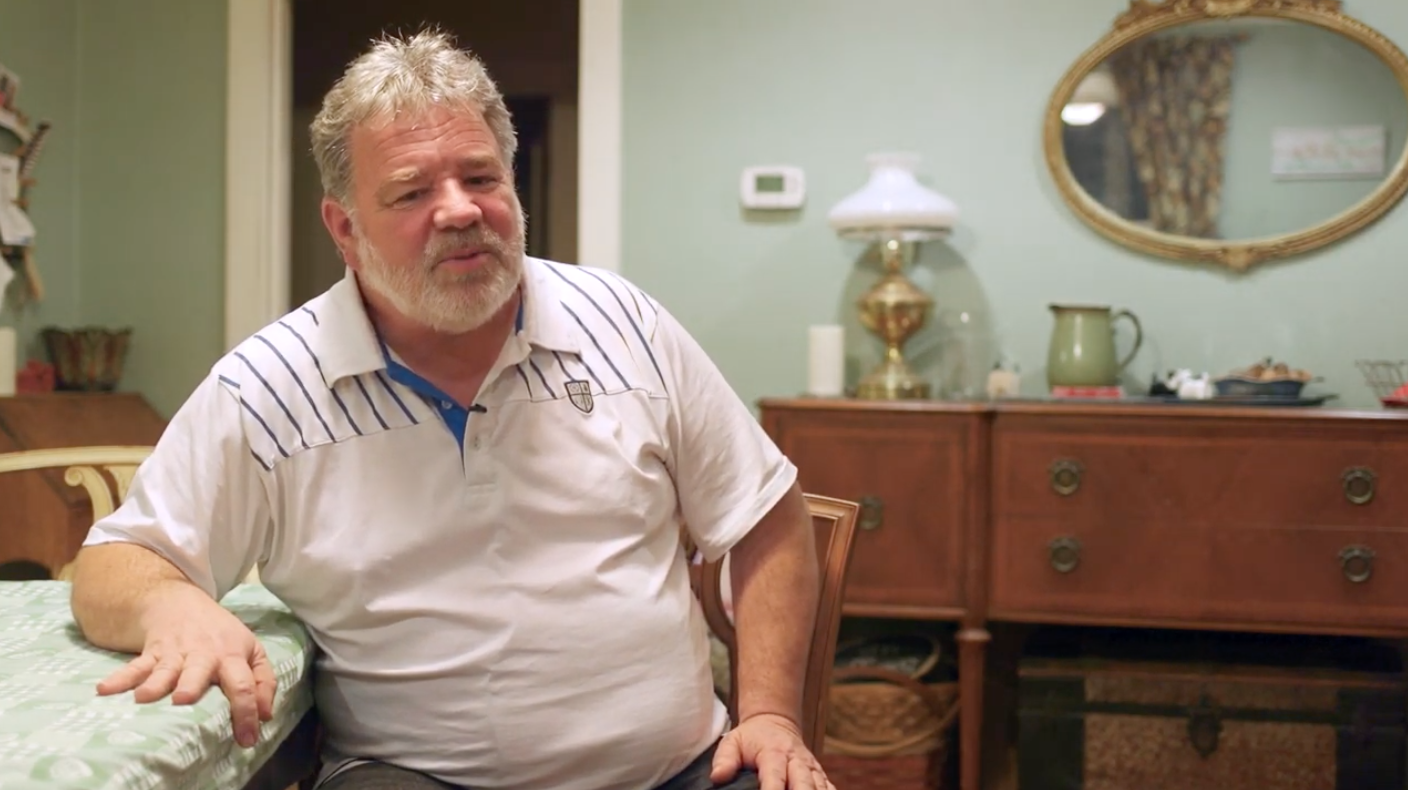 The 21st of 21 stories from the American Climate Project, an InsideClimate News documentary series by videographer Anna Belle Peevey and reporter Neela Banerjee.

PARADISE, California—Living in northern California, Sam Gronseth had given plenty of thought to what he would take with him if a wildfire came for his home. So when the Camp Fire ignited in November 2018, his mind went to the “three P’s”—pictures, people and pets.

Gronseth, a retired choral director and a music teacher at a nearby school, grabbed his computer that stored all his pictures. He hitched his trailer onto his car and put his horse inside. His neighbor Bob was outside with his four dogs. Gronseth invited Bob and the dogs to evacuate with him.

With all three P’s accounted for, he made his way out of town, but he didn’t really expect that his home would burn down. He left behind cash, keepsakes, his chickens, an aquarium of fish, recordings of his musical performances and 14 musical instruments.

“There are a lot of really special things that were in there that had followed me for many years,” Gronseth said. “When the fire happened, those things simply disappeared.”

While evacuating, though, Gronseth didn’t think about these things. His mind went into survival mode—all he could think about was what was happening right then.

“I didn’t have a fear. I didn’t have a sense of panic,” he said. “I was thinking toward the next moment and imagining, if a tree came down in front of me, how would I deal with that?”

“I was just trying to make it to the next minute,” he added.

Devastating wildfires are becoming more frequent as the effects of climate change take hold in California. Warm temperatures can elongate the fire season and exacerbate droughts that dry out forests. The Camp Fire, which is California’s most destructive wildfire to date, was made worse by these conditions.

Bob helped navigate the route to the main road out of Paradise, which had fire burning on both sides.

“There is smoke and flames and fire all around you and a tree could topple down or lots of things could happen,” Gronseth said. “So you just have to be very aware of what’s happening, and make decisions that are the best decisions that you can do.”

A tire on the horse trailer blew, but he kept driving until he made it far enough out of town that he felt like the fire was behind him. When he stopped and got out to change the tire, he checked on the horse.

“She had her snout down so that she could see what was going on out the window,” he said. “She just wanted to know what was happening.”

During the first few weeks after the fire, Gronseth didn’t know the fate of his house, with his chickens, fish, instruments and other things he cared about. When he found out that everything was gone, he felt a sense of shock.

“All of a sudden your life becomes much more simple, and the complexities of life that were there are no longer available,” he said. “If I had to look at a positive from this whole scenario, there is a simplicity there.”

His family in the Pacific Northwest insisted Gronseth come visit them for Thanksgiving, a few weeks after the fire.

He put a pair of pants and a shirt into a donated suitcase and checked in at the airport.

“The lady said, ‘Sir, that’s a pretty light suitcase. It’s the lightest I’ve had all day. Do you have anything in there?’” he remembers. “I looked at her and I said, ‘I have everything in there.’”

Despite his loss, he maintained a positive perspective after the fire. He focused on the fact that his loved ones got out safe and his insurance will keep him financially secure.

“People have a few opportunities in their life to restart,” he said. “So I choose to look at this as an opportunity to restart.”