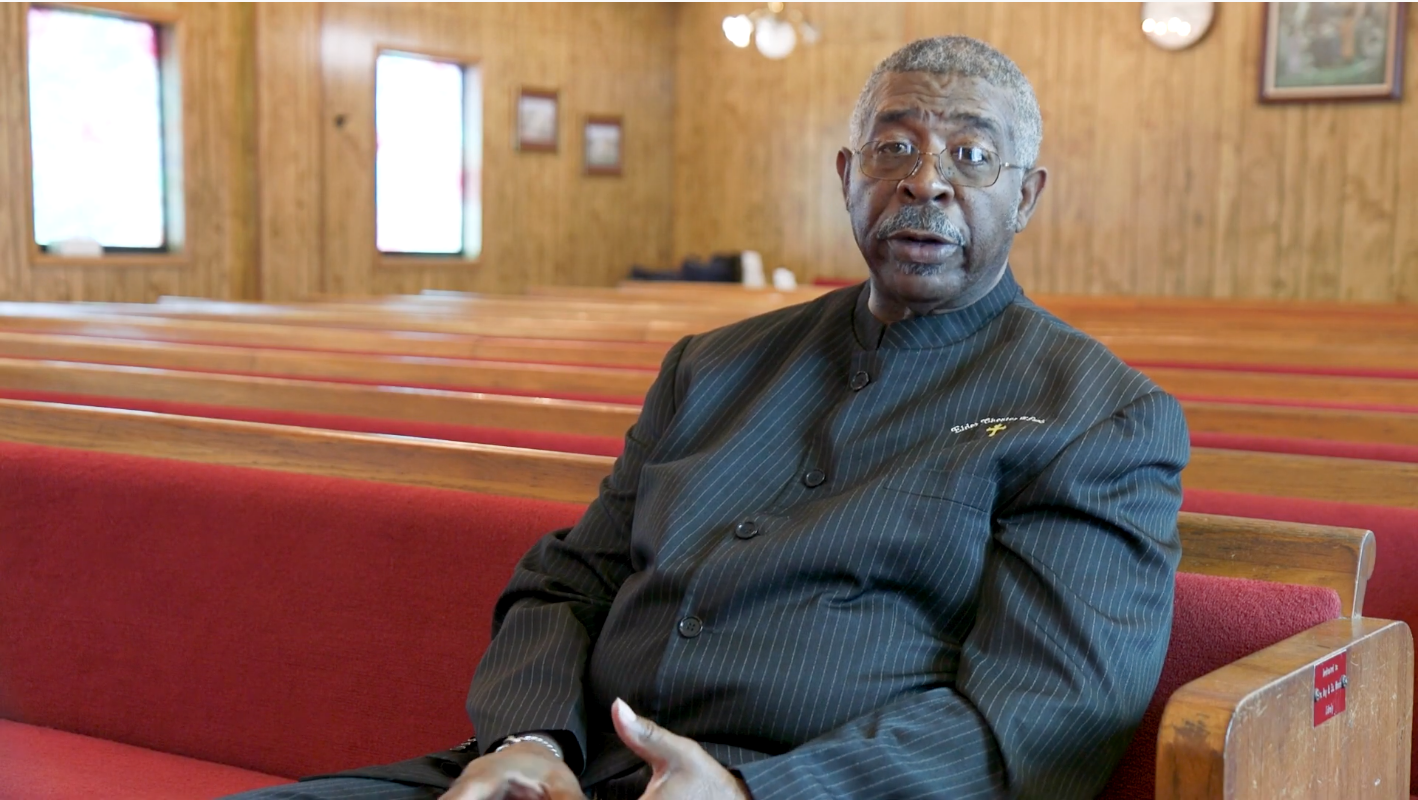 The 17th of 21 stories from the American Climate Project, an InsideClimate News documentary series by videographer Anna Belle Peevey and reporter Neela Banerjee.

More than 50 years later, he led the church, located on the north side of Port St. Joe, through the worst collective devastation it had ever experienced.

Hurricane Michael struck the Florida Panhandle with a violent storm surge and 160 mph winds on Oct. 10, 2018. Communities like North Port St. Joe were blindsided by the storm, which had accelerated from a Category 1 to a Category 4 in less than 48 hours. It had been upgraded to a Category 5 storm by the time it hit land.

“We’ve been hit, but this community, North Port St. Joe, has never had this type of devastation that it has now,” Davis said. “Most of the time it was just a little water coming in, a tree limb here and there too. But this is the biggest one that we’ve ever had.”

Scientists predict that warming ocean temperatures will fuel even more Category 4 and 5 hurricanes as climate change accelerates. Although a single hurricane cannot be directly attributed to climate change, Hurricane Michael’s characteristics aligned with the extreme weather scientists expect as the world warms.

Prior to the storm, Davis said, his community, which is predominantly Black, was already in crisis, with a shortage of jobs and housing. Hurricane Michael brought those once-hidden issues out for the town to reckon with, he said.

“Black neighborhoods sometimes carried the stigma of being the junk pile neighborhood. They, you know, don’t take care of things themselves, are slow about economics, they slow about schooling, so forth and so on. So these things become a crippling effect for your neighborhood,” Davis said. “And then all of a sudden, this happened.”

After the storm, the whole town needed to work together to rebuild, Davis recalled. “We all should be blessed, not because of the hurt of the hurricane, but because of what it brings together for people.”

As the community dealt with the physical damage to their neighborhood, Davis’s role as pastor was to check in with the spiritual health of his congregation.

Davis advised his church to see the blessing in the devastation—how the storm would give them an opportunity to rebuild their community better than it was before.

A pastor’s job, he said, “really is to keep them spiritual-minded on what God can do for them, rather than what has happened.”