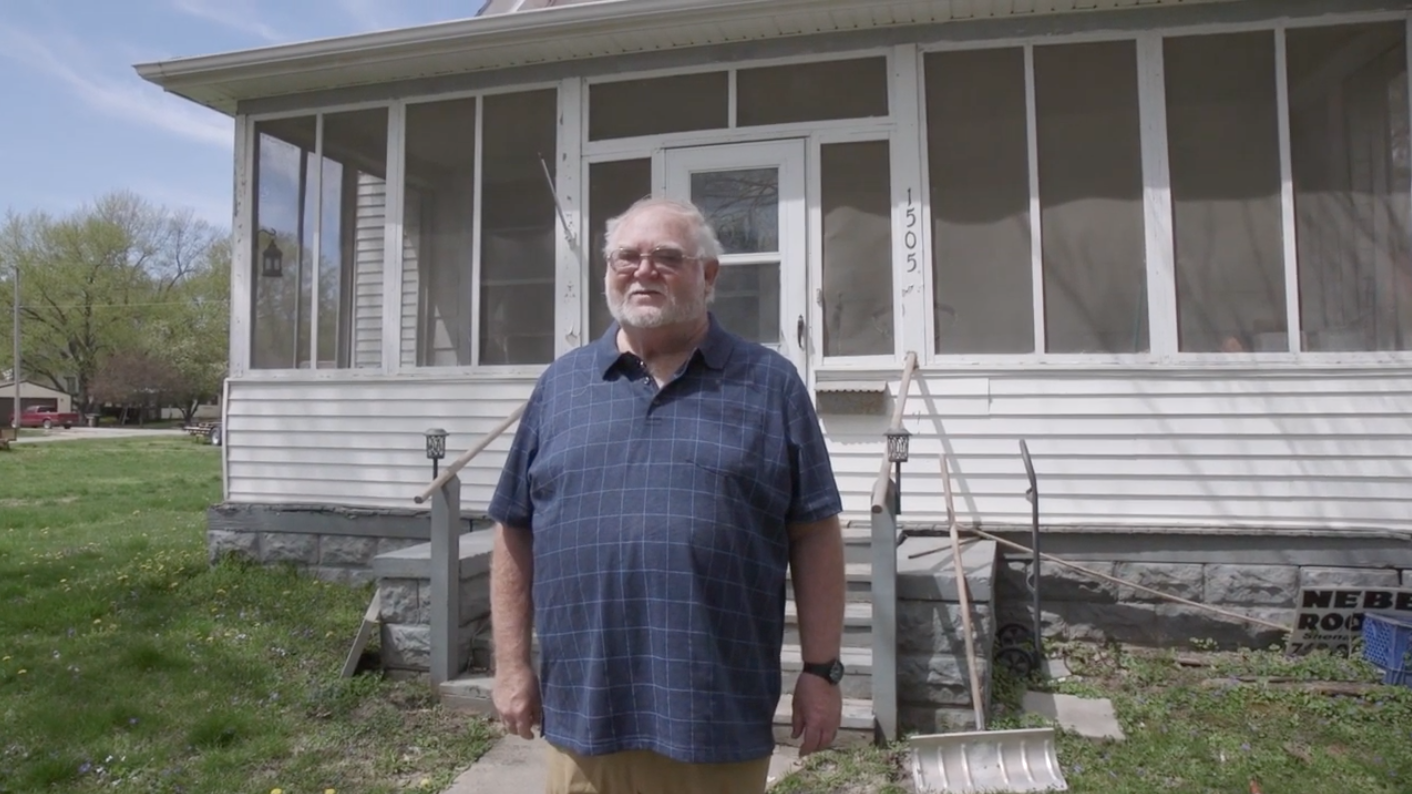 The 13th of 21 stories from the American Climate Project, an InsideClimate News documentary series by videographer Anna Belle Peevey and reporter Neela Banerjee.

HAMBURG, Iowa—As the Missouri River reached flood stage, John Davis took some solace in knowing that his home, built in 1938, had never been touched by floodwaters.

He had just evacuated his 90-year-old mother from her retirement home and brought her to the house—when a levee on the river burst in March 2019. Davis remembers “tons and tons of water coming through within seconds.”

He watched the water quickly inch closer and closer to his home. Before long, his basement was flooded for the first time in eight decades. He gathered up some belongings and got his mother ready before they evacuated again.

A fifth-generation resident of Hamburg, Davis spent his life living all over the country until he retired and moved back into the family home in the town where he would visit with family during the summer in his childhood.

After serving 20 years in the military, Davis earned a degree in political science and history, then worked for the National Partnership for Reinventing Government, recommending policy changes for the Department of Defense during the Clinton administration.

He kept the artifacts of his career in a storage unit, which was also destroyed by the flood.

“My presidential papers were in there, 18th century furniture, crystal, china, portraits, all kinds of things. And they were all destroyed,” he said. “Basically my entire life was destroyed.”

February 2019 was exceptionally cold and snowy in western Iowa. Early March brought heavy rains, and with the earth still frozen, ice and snow melted quickly and flowed to the river to create dangerous conditions for precarious levees. On March 17, the levee in Hamburg broke.

“What happened in Hamburg is a sign of what is going to happen in the future in the United States,” Davis said.

Davis considers himself a climate analyst and has been tracking weather patterns for several years.

“Weather patterns are very erratic,” he said. “Last year in November it had four days it was in the 80s. And then right after that, it went down in the 30s. Then a week later went up to the 70s then down to the 20s.”

“That’s not normal weather anyway you want to try to explain it,” he added. “Disasters like this are man made now. They’re not natural disasters. This is caused by climate change.”