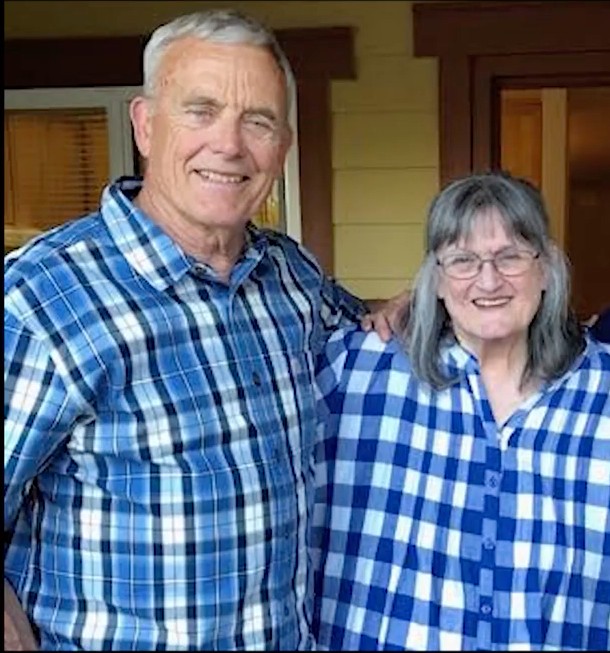 The ninth of 21 stories from the American Climate Project, an InsideClimate News documentary series by videographer Anna Belle Peevey and reporter Neela Banerjee.

CHICO, California—When Wally Sipher called his sister Judy on the morning of the Camp Fire, she wasn’t concerned about the blaze that was making its way toward her apartment in Paradise, California.

“These amazing air tankers are gonna snuff that thing out before it does any damage,” she told him on the phone.

But Wally was worried.

Judy was 68 and lived alone in an apartment. She suffered from heart issues, was recovering from the flu, and relied on oxygen tanks to breathe and a walker to move around. She had a car, but struggled to get into it on her own. But she told Wally she wasn’t concerned.

It was the morning of Nov. 8, 2018 and Wally, then 71, had a bad feeling about the fire. Judy lived in Paradise, about 15 miles east of where he lived in Chico. He hoped the blaze, which originated in Pulga, about 10 miles northeast, had not spread that far. He didn’t know it then, but the fire was already closing in on his sister’s town.

After hanging up with Judy, he dialed 911. The emergency center was already overwhelmed with calls. The operator assured him that all first responders were out evacuating people.

He got in his car and headed east to get her. He didn’t think she’d be able to get herself out given her poor health. But the roads were already blocked and he couldn’t get through. He tried calling her again, but the cell phone towers were out.

All afternoon, he kept calling: the sheriff, 911, whoever he thought could help. It wasn’t until two days later that he found out the fire had raged through Judy’s building around noon, and she was gone. “I knew in my heart that she didn’t make it out of there, because I knew she was so weak,” he said. “We called a lot of the hospitals in the area [to see] if they had any Jane Does, but nope. Everybody seemed to be accounted for,”

Days later, Judy’s car still sat in the parking lot outside her building, which had been completely destroyed. Authorities found human remains where her apartment used to be, but it took them nine months to confirm her identity.

Wildfires like the Camp Fire, which killed 85 people and destroyed almost 19,000 buildings, become massive, fast-moving blazes partly because of a changing climate. Global warming has extended the fire season and dried out the landscape. The combination of more fuel and more time for fires to ignite has led to big, out-of-season fires, like the Camp Fire.

As her older brother, Wally always felt responsible for taking care of Judy. She was single all her life and got by on her social security checks. Wally made sure she filed her taxes and helped her apply for housing.

“I was kind of like the caretaker, the big brother, the new father figure,” he said.

Wally remembers his sister as funny and upbeat. She loved people, adored cats, knew all her neighbors’ names, and always won games of Trivial Pursuit. He doesn’t blame anyone for her death. He just misses her.

“I really think she’s in a better place than she was,” Wally said. “Even though she was having difficulty getting around, she was for the most part a pretty happy person. So I’m gonna miss her that way.”