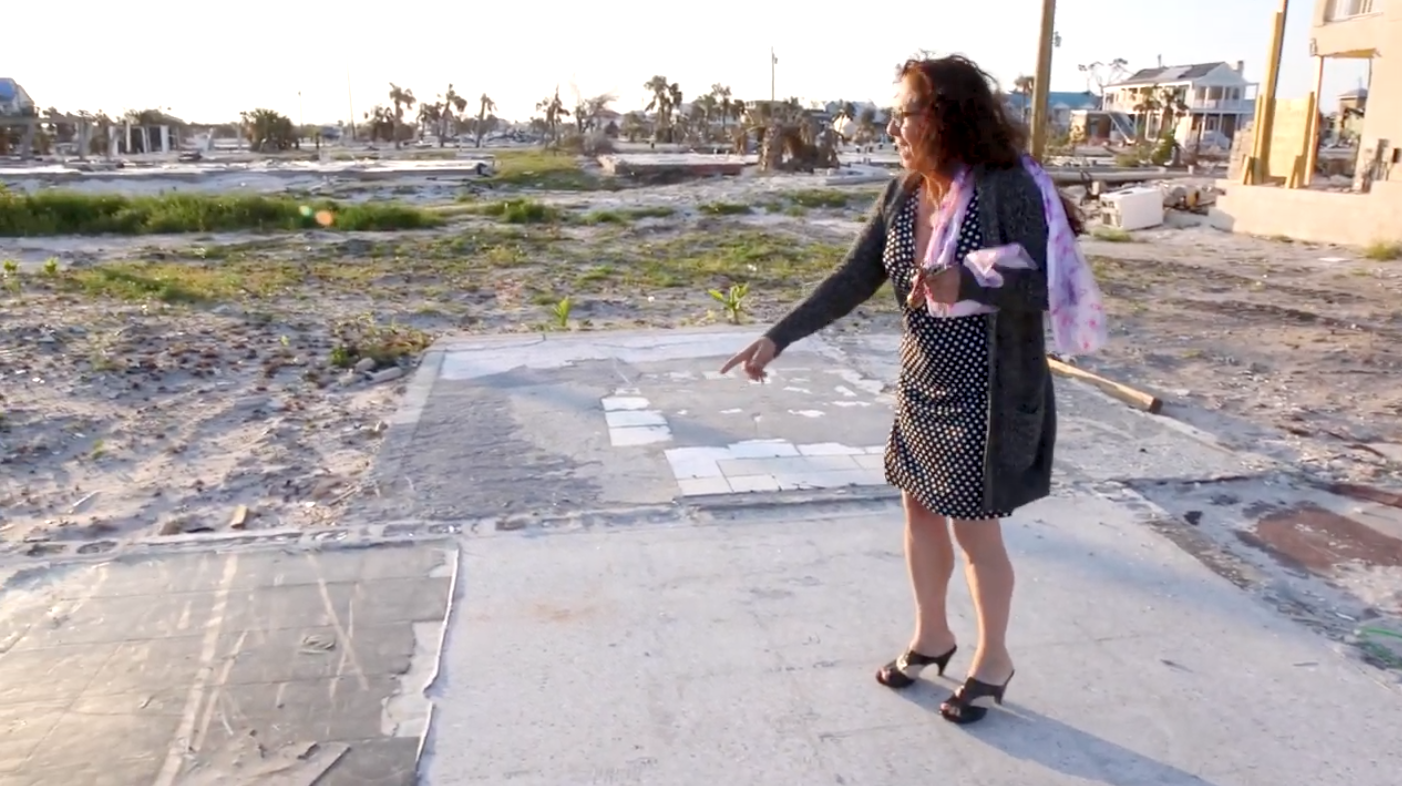 The fifth of 21 stories from the American Climate Project, an InsideClimate News documentary series by videographer Anna Belle Peevey and reporter Neela Banerjee.

MEXICO BEACH, Florida—Agnes Vicari was a stubborn woman, and when Hurricane Michael barreled toward the Florida Panhandle in October 2018, she refused to leave her home.

“Even the peace officers came and begged my mother to leave,” her daughter Gina said. “She was like, ‘Nope, nope, nope.’”

Gina, on the other hand, had a bad feeling about the storm.

She packed her bags and left town with her family, not knowing that her 79-year old mother had decided to stay.

After the storm, Gina called a friend to check on Agnes. The house was gone, the friend told her, and her mother was nowhere to be found.

“They didn’t even find her for days and days. And then they couldn’t identify her when they did,” Gina said.

Agnes’s body lay in the medical examiner’s office for three weeks before her identity was confirmed by the serial numbers on stents from a previous surgery.

Gina remembers her mother as a shy person who loved her backyard garden at her home in Mexico Beach. Agnes lived right on the Gulf, but never went to the beach. She was a workaholic, filling her vacations with chores like painting the house and tending to the yard.

In the late 1970s, Gina recalled, she was living in Miami and, to save money for college, started working at a Texaco where her mother was a secretary.

“Don’t call me ‘mom’ in the office,” Agnes told Gina. “It’s not professional.”

So Gina called her mother “Aggie,” instead. Others in the office who knew the pair were mother and daughter were amused by the pairit. It soon became Gina’s nickname for Agnes outside of work.

“I either called her ‘Ma’ or ‘Aggie’ for almost our entire lives,” Gina said. “I thought that was funny. ‘It’s not professional.’ Ah, OK. That was Aggie.”

It had been 22 years since Hurricane Opal hit the region. Ahead of that storm, Agnes fled Mexico Beach and drove six hours out of town. When she returned, her home was hardly damaged. Gina suspects this is the reason that her mother decided not to evacuate when Michael was headed their way.

“The regret is that I didn’t realize she was staying in her home,” Gina said. “I wish that I could have known that. But I honestly don’t think I would have been able to do anything.”

In the wake of the storm, Mexico Beach gained a new sense of community, Gina said. She and her neighbors spent more time together: barbecuing, running errands and comforting one another. Hurricane Michael was responsible for at least 16 deaths in the southeast, and 43 more in Florida in the aftermath of the devastation.

“If we want to be foolish enough to think that we don’t affect the weather, whether we want to care for it or not, we’re crazy,” Gina said. “It’s just good sense to take care of your planet. It’s like in a kitchen in a restaurant: if they leave without cleaning at night, you’re gonna have roaches. It’s the bottom line.”