“Districts’ energy costs are usually their second biggest budget line item behind staff salaries, and with [property] taxes going down, funding sources are getting smaller,” said Randy Hoff, CEO of Energy Education, a consulting firm that aims to get schools to reduce their electricity use.

“This is a much more painless way to solve the problem than looking to cut staff salaries.”

Data from schools countrywide shows that savings can climb into the millions.

Loudoun County Public Schools in Virginia saved enough money over two decades from energy efficiency to equal the cost of a new $37-million middle school set to open this fall.

All three districts belong to a leadership program run by Energy Star, a joint initiative of the U.S. Environmental Protection Agency (EPA) and the Department of Energy.

Participation from school systems more than doubled last year to include 130 districts, up from 54 in 2009 and just six at the program’s start in 2005.

An EPA spokesperson told SolveClimate News that the leadership program is expected to double again in 2011, as more schools become concerned about the impacts of carbon-intensive coal and oil on climate change.

But the bigger draw is likely to be lower energy bills, especially in communities where global warming science remains a political hot potato and regulating greenhouse gases is unpopular. Typically, buildings with the Energy Star label cost 50 cents less per square foot to operate, the spokesperson said.

The country’s 14,000 public school districts spend around $6 billion each year on annual energy costs, according to EPA figures.

A large part of that money comes from needless lighting, heating and air conditioning after school hours or over holiday breaks. This can be easily reduced, experts say, by monitoring energy levels and encouraging students and staff to shut down computers, unplug appliances and turn off lights in empty classrooms.

Energy Star Leaders can earn the designation by submitting utility bills for all buildings for 12 months to establish a base year. The federal agency then monitors energy use in 10-month intervals and doles out certificates and plaques for efficiency improvements of 10 percent or higher.

Cutting costs is vital for schools as the $10 billion in federal stimulus funds for education spending dries up. The 44 states that will likely face deficits of as much as $125 billion in the next fiscal year will undoubtedly squeeze school budgets, according to the Washington-based Center on Budget and Policy Priorities.

“The dollars used to spend on electric bills, gas bills and water bills can now be redirected back into programs for kids,” Ed Benbow, energy manager for DeKalb County Central United in Indiana, told SolveClimate News.

Energy Education: Results or Your Money Back

Benbow said his district of 3,000 students improved energy efficiency in its six schools by 50 percent last year — the highest amount among its Energy Star peers.

He attributes the eagerness of the district’s 500 staff members to participate to the government competition.

“It’s one way of indicating to our staff, ‘Hey, you’re doing a great job.’ And it’s a good indication to our community that we’re using their [tax] dollars wisely,” he said.

Benbow works with the district to establish policy guidelines on personal energy use and helps the maintenance staff to track the temperatures of boilers and air conditioning units, plus the run time of the equipment. He can monitor energy usage from his home computer or a smartphone, but often drops in the schools during the day or at night to conduct audits.

Like a bulk of districts in the Energy Star leadership program in recent years, DeKalb schools paid out of pocket to enlist Texas-based Energy Education in 2004, and develop a strategy to cut energy costs.

The firm, which won the Energy Star Partner of the Year for service providers in 2009 and 2010, also encourages clients to apply for Energy Star awards for their buildings to garner hometown pride for efficiency measures.

Energy Education arranges four-year contracts with school districts, universities, churches and health care facilities, and guarantees that they will avoid spending a set amount on energy bills within that time.

In the case of DeKalb, the district agreed to pay $7,000 per month for 48 months through 2008, and a one-time fee of $4,000 for energy management software. The district also agreed to hire and train Benbow, a retired assistant superintendent, as part-time energy specialist. He receives $26,500 a year from the district for the position.

Angie Lockwood, business manager for DeKalb, said that the program has spared the district from having to cut operational costs, a step schools often take to fill budget shortfalls. She said that 92 percent of DeKalb’s $23.8 million general fund expenses for operations go to employee salaries and benefits, plus personnel costs.

“We have not had to reduce any teachers, and we’ve been able to fund our operations,” she said. “And the energy program receives all the credit.”

If clients don’t realize the savings laid out in their contracts, Energy Education offers a refund. Most of the time, savings end up being 20 to 40 percent higher than what the contract guarantees, Hoff, the firm’s CEO, told SolveClimate News.

$2.2 Billion in Savings in Two Decades

The company guaranteed the DeKalb district more than $2 million in seven years. After six and a half years, it had avoided spending nearly $4.7 million on energy costs, a 43 percent percent in its utility bills.

Energy Education says it is responsible for more than $2.2 billion in savings in 25 years by over 1,100 clients nationally. Hoff said the economic downturn has been a big incentive for school districts to make the upfront investment in recent years.

“Every organization can do it,” he said. “You may not have the money to invest in on-site renewable energy or smart meter technology, but you can invest in and train your people, have an awareness program … and reward performances if you have a systematic process in place and someone to help guide you through it.”

He pointed to Virginia’s Loudoun County district as an example of how getting people to adopt new  habits — turning off lights, unplugging appliances and reporting leaky faucets — can be more effective than solely replacing old equipment or outfitting older buildings with “widgets” like motion-detecting lights.

The goal, he said, is “people-based conservation,” where energy-saving practices become almost reflexive.

‘Everyone in the School District Is a Part of It’

The district’s contract with Energy Education expired in the late-90s, but the company still provides consulting services at no charge, so long as Loudoun upholds and expands its energy management program.

In Loudoun County, a team of two energy specialists meets at least once a year with teachers to instill the message of energy conservation. Students participate in awareness programs like design contests for stickers on light switches. New teacher and student orientations include a section on proper energy use, and the specialists often speak with colleagues around the state to explain the success of the program.

Specialist Michael Barancewicz, who was trained by Energy Education, said the district expects total savings from the nearly 20-year-old efficiency program to exceed $40 million at the end of the year, despite the size of the student body tripling to 63,000 students in nearly 80 schools during the same period.

Clearly, its initial investment paid off: In 1993, the district paid Energy Education a fee of $26,500 a month over two years for a total of $636,000, not including the energy manager’s salary.

John Lord, also a specialist in Loudoun schools, said: “We have really created this culture of people where everyone in the school district is a part of it, and they know that they’re part of it, and it is not a burden on anyone to be part of it.” 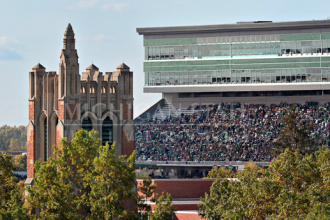 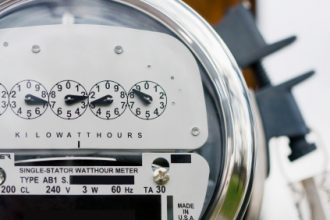 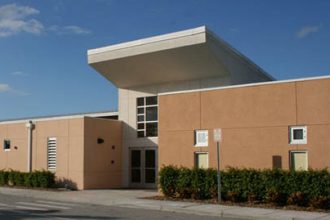 Building a Sustainable School on a Shoestring