The world’s forests are in greater danger than ever, as a United Nations mechanism intended to generate funding for their protection is unlikely to produce sizeable sums “for the foreseeable future,” according to new research.

The research came as a prominent UK businessman called for an annual round of international talks devoted solely to forestry, in order to keep the world’s remaining forests standing and with the goal of ending deforestation entirely by 2020.

“It’s time for a reality check. There is a danger that we are sleep walking to disaster,” said Ian Cheshire, chief executive of Kingfisher, the retail group.

The REDD mechanism — standing for reduced emissions from deforestation and forest degradation — has been the cornerstone of international policy on forests for several years. In the past year, the first projects using the mechanism have started to come forward.

At the core of the mechanism is carbon trading — saving forests will generate carbon credits, which can be counted towards emissions-cutting targets.

But nearly all of the money so far devoted to REDD has come from governments, and is limited as most rich country governments are unwilling to spend more on overseas development. As a result, the mechanism is unlikely to do much to reduce deforestation, according to the study from IdeaCarbon, called Assessing the Financial Flows for REDD.

Nick Oakes, author of the study, said: “REDD is no different from other forms of overseas development aid. This means public sector funding is likely to continue to be insufficient indefinitely.”

The idea behind REDD is that while the initial funding would come from the public sector, the private sector should quickly take over and provide funding, as companies will want to purchase carbon credits.

But that depends on a functioning carbon market, in which companies have to buy credits to meet emissions-cutting targets imposed by governments. But the international market in carbon, outside the EU, is in a parlous state: The World Bank said this month that only $1.5 billion of credits was traded last year — the lowest since the market opened in 2005.

A key problem is that the market was created under the Kyoto Protocol, by which rich countries can make up their carbon-cutting targets by buying credits from the developing world. However, the current commitment period of the protocol will end in 2012, and there is no agreement on a continuation.

This means private sector companies have little incentive to invest, without a clear signal from world governments that carbon trading under the protocol will continue. At present, the international negotiations are showing little sign of progress, and little is expected of the next major climate change meeting, in Durban this December.

The lack of progress is likely to be fatal to REDD, according to Oakes. Without a serious political effort, “it’s going to be at least another decade before the early movers have created enough of a market to see a private sector mechanism that sparks heavy investment in REDD. Whether it would make a significant enough dent in deforestation rates I don’t know, but I doubt it, given how late it would be,” said Oakes.

Cheshire echoed this gloomy assessment. “Without a serious mechanism to provide action, nothing will change,” he told the Guardian. “REDD is only part of the story.”

Speaking at a conference in Borneo — where he was born — on Wednesday he is expected to call for a “coordinated international effort, similar to that which resulted in the international agreement to ban CFCs in consumer aerosol products.”

This would require an annual round of global forestry talks, he said, where the world’s environment ministers would work to ensure that there was no net deforestation by 2020. This would mean a global effort to ensure that amount of forested land in hectares would not decrease, and wherever deforestation did occur it would be balanced by forest regeneration or creation, and the balance of biodiversity carefully safeguarded.

About $200 million has been pledged by rich countries to the Forest Carbon Partnership Facility, the main plank of REDD. Several billions are expected to flow into REDD from other rich government sources within the next few years, in recognition that preserving existing forests is one of the cheapest ways of staving off climate change, but Oakes said this funding would be insufficient and only interest from the private sector would produce investment on the scale needed.

“The countries that are most in need of the finance risk being left behind in efforts to tackle deforestation,” he said. 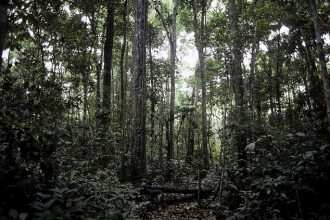 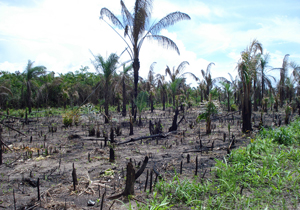