While the solar industry trumpets the rapidly declining costs of solar panels—which have paved the way for solar energy capacity in the U.S. to grow nearly twenty-fold since 2008—those numbers don’t account for all the costs involved in the transition to clean energy. That is why a new government initiative aims to slash the overall price tag by better managing the reams of data associated with financing, building and operating solar installations.

The U.S. Department of Energy’s (DOE) Orange Button, a $4 million program launched earlier this month, seeks to streamline what experts say can be a costly, complicated and time-consuming path to bringing more solar panels online. By developing an easily downloadable, standardized set of data about individual solar installations, the DOE hopes to lower the bureaucratic barriers—as well as the excessive costs—that discourage investors, utilities and consumers from embracing solar.

Orange Button is part of the DOE’s SunShot Initiative, which launched in 2011 with the goal of making solar energy cost competitive with coal, natural gas and other traditional sources of electricity such as nuclear and hydroelectric power. If SunShot reaches its goal of reducing utility solar costs to $1 per watt by 2020, it will enable solar-generated power to expand from less than 2 percent of the nation’s electricity generation portfolio to roughly 14 percent by 2030 and 27 percent by 2050, according to the program’s vision study.

Similar programs have already been launched in other industries. The DOE’s Green Button was launched in 2012, allowing utility customers to download standardized, consumer-friendly data about their energy usage. The Department of Health and Human Services’ Blue Button program offers people help accessing and transferring their health records.

Part of the challenge for solar is a lack of information. Compared to housing and other well-established markets, solar is relatively new, so banks, utilities, solar companies and other constituencies do not have a standardized set of metrics to share. The U.S. energy market has 18,000 jurisdictions and 3,000 utilities in regulated and unregulated markets, so navigating its idiosyncrasies costs time and money, said Elaine Ulrich, program manager at the DOE.

“When you look at the cost of financing for these solar projects, it’s artificially high,” Ulrich told InsideClimate News. “Solar is a long-term asset that has pretty well-known characteristics, but it’s treated as a higher-risk asset because there isn’t sufficient data available to help folks in the financial industry to know how to assess the risk of [a] portfolio of assets.”

One financial firm told Ulrich that it took 6,000 hours to do adequate research on a solar project in need of financing, which meant the firm had to shut down other solar lending for six months. More streamlined information about a project’s financial and physical assets would help financial firms provide more funding to the solar industry, Ulrich said.

“We basically want to simplify and standardize solar data so that a wide range of stakeholders— whether they be state government, consumers, utilities, financiers, solar companies, entrepreneurs, and others—can exchange quality data,” Ulrich said.

Orange Button adds to a growing list of public and private efforts to make renewable energy cost-competitive with fossil fuels. A report last year showed that the median up-front costs have dropped from around $6.30 per watt in 2009 to $3.10 per watt for projects completed in 2014, but analysts say that price will have to drop even further to accelerate a transition away from carbon-based energy.

Falling hardware costs have fueled the downward price trend. Scientists and manufacturers have developed new efficiencies in photovoltaic cells, allowing consumers to get more for less. Earlier this month, U.S. manufacturer First Solar Inc. regained its title as lowest-cost panel producer, driving prices for its modules down to as low as 40 cents per watt.

Converting to solar power, however, requires more than buying panels. There are taxes, permit fees, inspections and the labor cost of installing the hardware itself. In short, experts say, there is a lot of expensive paperwork and red tape that go into converting sunlight into electricity. The solar companies themselves have to raise capital and market themselves to attract customers.

The so-called “soft costs” add up. In the first half of 2012, they accounted for nearly two-thirds of the total residential system price, according to an analysis by the National Renewable Energy Laboratory (NREL). In order to meet DOE’s overall target of reducing residential solar costs to $1.50 per watt by the end of this decade, soft costs will have to drop from roughly $3.19 per watt in 2012 to 65 cents per watt in 2020.

“There’s a lot of back-and-forth of Excel documents, pdfs, Word files, you name it, that are being traded between these different participants,” said Richard Matsui, CEO and co-founder of kWh Analytics, a data analysis and risk management firm based in San Francisco. “The fact that everyone’s using their own data format…leads to a lot of inefficiencies.”

Orange Button has awarded a total of $4 million to kWh Analytics, NREL and two industry consortiums that work on solar data issues to define exactly what kind of data should be standardized and establish a system to ensure everyone is working from the same playbook. The goal is to compile and standardize solar technology data into one easily shareable, highly visible file. Solar companies and others could then embed an Orange Button logo on their websites or in apps, which other users could click on to learn more about a certain project or portfolio of projects.

In theory, that would help lenders decide if and how they might want to finance a certain project. More transparent data would also help consumers decide if they should install a certain kind of panel on their rooftop. It might also inspire software programmers to develop apps and websites that interpret the data in new and useful ways. While there is no estimate of how much Orange Button might save on solar costs, Ulrich said it could greatly reduce the cost of financing, which can be half or more of total soft costs.

“We’re talking about gigawatts of solar that are being installed every year now, so that’s literally billions and billions of dollars in financing costs that we could be reducing,” Ulrich said.

Ulrich hopes Orange Button will attract talent from Silicon Valley to work on energy’s information-technology challenges. Energy, after all, is largely about physics and megawatts, but, as the grid gets smarter, it also demands algorithms and megabytes. Collecting and making data accessible, Ulrich said, allows programmers and IT professionals to create apps and other useful programs.

“Part of this is about enabling [entrepreneurs] who will create all kinds of new use cases and ways that this functionalized data could really be helping folks to think differently about how they’re using, producing and interacting with energy everyday,” Ulrich said. 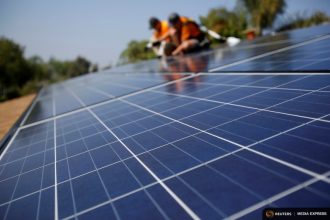 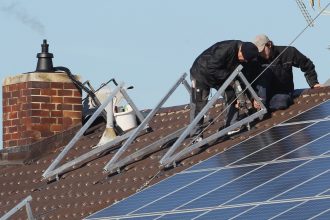 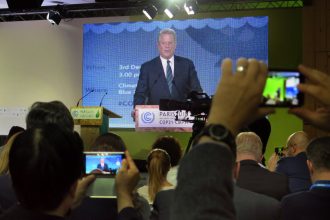