The largest battery storage facility in the world, located along Monterey Bay in California, has completed an expansion, demonstrating how storage systems can exist on a gigantic scale and can easily expand.

Moss Landing Energy Storage Facility, owned by Vistra Corp. of Texas, has now added 100 megawatts to the 300 megawatts of capacity that went online in December, for a total of 400 megawatts. The lithium-ion batteries can run for up to four hours on a charge, which translates to 1,600 megawatt-hours. The initial project and the expansion are operating under a long-term agreement with the utility Pacific Gas & Electric.

At the storage facility, rows of structures that resemble shipping containers fill an area that, even before the expansion, was about the size of three football fields. A large concrete box houses seemingly endless racks of batteries. The storage system is replacing a natural gas power plant and helping to provide flexible and carbon-free power to a part of the California grid that sometimes struggles with reliability.

California was already leading the nation with 1,438 megawatts of utility-scale battery storage capacity as of June, as much as the next 10 states combined, according to federal energy data.

To help understand the significance of this plant, and the growth of battery storage, I reached out to Joshua Rhodes, an energy researcher at the University of Texas at Austin.

“Essentially that battery is able to operate like a natural gas power plant for four hours,” he said. “In a place like California that’s really important because of how much solar California has, and the sun goes down every day. The plant is able to provide a lot of support to the grid to help it transition from it’s daytime solar into its night time usage of other power plants.”

In contrast, smaller batteries have operated at the margins of the grid, helping to stabilize the flow of electricity rather than acting as major generators in their own right.

But when there are several gigawatts of battery projects in a regional grid, they could change prices in a way that squeezes their own profits.

The potential changes in pricing should be familiar to people in California. The state has seen its electricity market upended by the vast supply of solar power during daytime hours. The growth of battery storage is a new wrinkle that regulators and grid operators will need to track carefully.

Curt Morgan, Vistra’s CEO, said at the Aug. 19 announcement of the completed expansion that there is room on the Moss Landing site to build up to 1,500 megawatts of battery storage. He also has highlighted how batteries work well with intermittent energy sources like wind and solar by storing electricity during times when the supply exceeds demand, and then discharging it at times when demand is high but the sun may not be shining and the wind may not be blowing.

At this moment, 400 megawatts for a single battery storage project is huge. But in just a few years, it is likely to be unremarkable.

Looking at corporate announcements, there are at least a half-dozen other U.S. battery storage projects in development that are in the same super-size range.

One of them is scheduled to go online this year in Florida, the 409-megawatt Manatee Energy Storage Center, being developed by the utility Florida Power & Light, which would run for about two hours on a charge.

But citing a few big projects doesn’t show the full scope of what’s happening, with battery developments being proposed just about everywhere. Last month, the Energy Information Administration issued a report saying the battery storage market is going through “a significant structural change” that is leading to the installation of projects that will add 10,000 megawatts to the grid between 2021 and 2023—10 times the capacity that was online in 2019.

The growth is because of a confluence of factors: Battery costs have tumbled; government policies are encouraging development; and batteries are well-suited to work alongside solar and wind energy.

There also are some problems that regulators and manufacturers need to mitigate, like the potential for shortages of materials like lithium, the environmental harm of mining for those materials and the risk of fires in operational battery plants like the one at an Arizona Public Service facility in 2019.

When I asked Rhodes how he makes sense of the rapid growth of battery storage, he pointed to the growth and economies of scale that have transformed the wind energy industry.

“Every once in a while, I still see some of the original wind farms that went up and they’re like 100-foot tall steel lattice things that put out 100 kilowatts, and then you look across the road and you see like a 2.7-megawatt GE monster out there,” he said, referring to the largest wind turbines being built by GE Renewable Energy. “I don’t see why we won’t do this in storage too with these big projects where we start to get economies of scale. We figure out how to build them better and how to build them faster.”

U.S. Begins Blocking Some Solar Power Imports from China: U.S. officials have begun to confiscate some solar equipment that they believe was produced using components from Hoshine Silicon of China, a company that the Biden administration has sanctioned because of allegations that the company uses forced labor. Solar industry executives and analysts say that solar panels from at least three Chinese companies have been targeted, as Jeanne Whalen reports for The Washington Post. The Solar Energy Industries Association has said it supports the policy but is wary of the potential that overzealous enforcement “will unnecessarily disrupt supply chains and make it harder to tackle the climate crisis and create jobs.”

Rivian’s Debut Truck Gets a Rave Review as Company Plans Stock Offering: Rivian, the start-up manufacturer of all-electric trucks, has begun the process to become a publicly traded company, just as an early review of its debut pickup, the R1T, has encouraged sky-high expectations. Bloomberg reported that the company is seeking an $80 billion valuation, which would make it more valuable than Ford or General Motors. The R1T is now going on sale on a limited basis, with a driving range of up to 400 miles. Motor Trend gave the truck a rave review. “Obviously, we were pretty well blown away with the way the Rivian R1T drives, and we think most pickup buyers will be, as well,” said reviewer Aaron Gold, a senior editor. Even before reviews like this, Rivian had strong prospects because of partnerships with corporate giants like Amazon, which is buying 100,000 all-electric delivery vans from the start-up.

After Coal Plant Dispute, a Minnesota Utility Steps Back from Power Provider: Connexus Energy, the largest electric cooperative utility in Minnesota, said this week it wants to end its membership in Great River Energy, the company that generates and delivers electricity for 28 co-ops in the state. Connexus recently clashed with Great River as the only co-op to vote to oppose the proposed sale of Coal Creek Station, a North Dakota coal-fired power plant. As I reported for ICN, Connexus’ chief executive downplayed the coal plant dispute as a reason for the proposed split. He said his co-op wants more control to help reduce its electricity rates and have the ability to develop more renewable energy projects. This is not an isolated case, as co-ops in other parts of the country are growing frustrated with their power providers, often because of different views about the pace of the shift to away from fossil fuels.

Illinois Lawmakers Working to Reach Energy Compromise: As I write this, Illinois Gov. J.B. Pritzker and legislative leaders are still negotiating over the details of a bill that would restore and expand incentives for renewable energy, provide additional aid for Exelon’s nuclear power plants and set a timetable cutting emissions from fossil fuel power plants. Rachel Hinton of the Chicago Sun-Times reports that the Illinois Senate passed its version of the bill early Wednesday morning, but it is not yet in the form that the governor and Illinois House are ready to support. Senate President Don Harmon said he is confident that the sides will come together and get the energy proposal to the governor’s desk “in a matter of days.” One of the sticking points is the governor wants to set a deadline by which coal-fired power plants would be required to close, and some lawmakers want to leave some wiggle room for the plants to remain open. 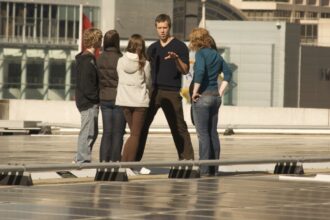 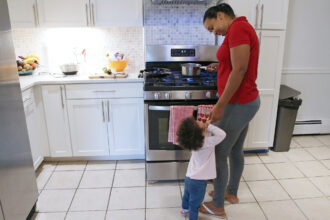 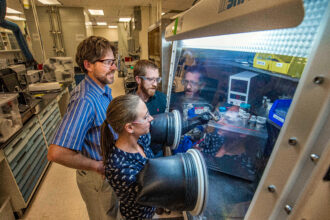