ExxonMobil has been hit with a $2.6 million fine and harshly criticized by federal safety officials for failing to maintain an aging oil pipeline that burst two years ago in a quiet Arkansas neighborhood and sent heavy crude oil flowing through the streets.

The Pipeline and Hazardous Materials Safety Administration (PHMSA) also faulted the company for its failure to spot warning signs that its 65-year-old Pegasus pipeline had structural defects that led to the rupture in Mayflower, Ark., a small community about 25 miles north of Little Rock, in March 2013.

The federal agency announced its penalty and rebuke of Exxon in a 46-page order delivered to the company Oct. 1 that cited nine safety violations connected to the rupture. PHMSA also demanded the company fix the problems.

Among the nine safety violations cited is Exxon’s failure to continually assess the integrity of the pipeline in the face of known risk factors that included cracking along its lengthwise seams. The company also did not meet deadlines to conduct required regular safety tests and failed to prioritize testing the section of pipeline that ruptured, according to the order.

Also cited was Exxon’s failure to repair four defects in the pipeline that had been detected during safety testing prior to the rupture.

In addition to the fine, PHMSA has ordered Exxon to improve its system for evaluating potential failures in the welds that hold the pipe together, and identify any sections of the pipeline that could be prone to rupturing.  Exxon also is being required to evaluate the pipeline for risks at regular intervals as well as meet other safety standards designed to detect problems.

The federal agency also is requiring Exxon to beef up its risk assessment policies and increase training for its personnel.

“(Exxon) must revise it Risk Assessment processes to ensure appropriate training, interdisciplinary participation, and management level review and oversight are carried out to ensure that the integrity decisions that affect the final risk scores are not manipulated, or that processes are not circumvented,” PHMSA’s order said.

When the Pegasus pipeline split open, an estimated 210,000 gallons of diluted bitumen (dilbit) from Canada flowed into a residential neighborhood, forcing 22 families from their homes, sickening some residents and threatening to contaminate a nearby lake.

The spill, which Exxon has estimated caused $57 million in damage,  occurred on the northern leg of the 20-inch pipeline, which includes three segments that run 853 miles from Illinois to Texas. A portion of the pipeline has been reopened but the segment that goes through Mayflower remains closed. PHMSA has not yet approved its reopening.

The pipeline safety fine comes less than two months after Exxon agreed to a $5 million sanction to settle violations of the federal Clean Water Act as well as state air and water laws. The penalty also includes payment of legal fees, implementing corrective measures and funding an environmental remediation project.

The heart of the PHMSA reprimand centers on the company’s knowledge decades earlier that the Pegasus line was prone to ruptures because of faulty manufacturing. It had a documented history of previous failures.

The line had split open or leaked nearly a dozen times during Exxon’s own testing a few years before the line ruptured.  But Exxon gave little weight to the threat of future ruptures, according to PHMSA.

The federal agency faulted Exxon for using crack detection tools and a software program to analyze inspection findings that were not designed to detect the kind of crack that caused the Pegasus line to rupture.

The order refers to a metallurgical report that said flaws characteristic of material used in the Pegasus pipe set the stage for tiny cracks to grow until the pipe split open along the seams. Earlier, PHMSA had accused the company of delaying a crucial inspection, masking pipeline threats with skewed risk data, and putting off urgent repairs.

“We applaud PHMSA for enforcing these violations and assessing these penalties, however we would have liked to see the compliance order go a little bit farther,” he said.

Tynan said he would have expected PHMSA to require Exxon to replace segments of the defective pipe or spell out specific testing measures to ensure the pipeline is safe.

He faults the compliance order’s requirement that Exxon make changes to its integrity management documents and processes.

“The order gives no assurance that Exxon will not again intentionally manipulate the results of risk assessments or integrity management activities that will eventually result in another rupture,” Tynan said.

“We have significant concerns about Exxon’s ability to identify the risks and comply with regulations as well as PHMSA ability to catch any future violations of the regulations or this compliance order before a future rupture occurs.”

The water agency has been pushing officials to require Exxon to move the pipeline as a condition of allowing it to reopen.

“It’s pretty clear from the findings there were decisions made by the operator in assessing risks to their pipeline that were not sufficient,” she said. “You have to make sure the operator has appropriate internal management controls to identify risks and then make sure they are accountable.”

Although PHMSA’s action wraps up its investigation of the Arkansas spill, the incident has prompted the agency to consider new regulations covering faulty old pipe and other risks that were factors in the Pegasus rupture. 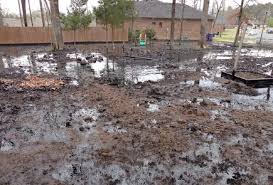 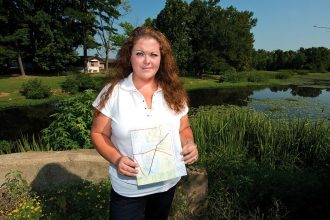