This year’s election might seem to present an existential moment for the nation’s oil and gas industry. One candidate says he would phase out fossil fuels to address a climate crisis while the other promises to continue expanding drilling and production.

Yet the outcome of the presidential election may have only a limited effect on the nation’s oil and gas output, at least in the short term. Analysts and advocates say it is economics, far more than any policies Joe Biden or Donald Trump may enact, that will determine the fate of the fossil fuel industry. And those economics are not looking good.

Global oil prices have yet to fully recover from their crash earlier this year, when governments locked down much of the world in response to the coronavirus, and fears of a second wave have lowered expectations for a speedy recovery. Meanwhile, many critics and even industry insiders say the pandemic is accelerating a global transition away from oil.

For the American oil and gas industry, the conditions have spelled disaster, said Pavel Molchanov, an energy analyst at Raymond James. A wave of bankruptcies is claiming dozens of smaller companies, while today’s drilling activity is “literally the lowest since the days of Rockefeller and Standard Oil a hundred years ago,” he said.

If Biden were to follow through on his promise to spend $2 trillion on a clean energy transition backed by a Democratic Congress pushing bold policies to wean the nation off fossil fuels, advocates say it could begin an orderly shift away from oil and gas production. But those changes could take time, and experts say the transition away from oil is already underway, whether or not the U.S. government supports it.

“The fact of the matter is, yes, the energy transition in the United States would benefit from a Democrat in the White House, all else being equal,” Molchanov said. “But it is not the end all and be all. And the impact of what a Biden administration could do by itself is really quite small.”

Perhaps the most immediate threat that a Biden administration would pose to the industry would come in the form of a promised ban on new permits for drilling on federal land. While that would mark a dramatic break from the Trump administration’s efforts to approve as much drilling as possible, Molchanov said that with activity so low, “the practical impact of that would be negligible for all of 2021, and probably 2022.”

Even if the oil market recovers more quickly, a permit ban would still have a delayed effect, because companies have an abundance of already approved permits that generally remain valid for two years. Molchanov said drillers could also shift whatever activity they can sustain from federal to state or private lands, where most of the nation’s oil and gas is produced and where a federal land permitting ban would have no effect.

It’s also unclear whether a Biden administration could put a halt to new permits on lands that have already been leased. Kyle Tisdel, climate and energy director at the Western Environmental Law Center, said companies have strong legal claims to drill there. Instead, he said, Biden could ban new leases while imposing additional conditions on permits, such as a requirement to study the cumulative effects of drilling on the climate.

A ban on new leases, rather than permits, may rest on more solid legal ground. But that policy’s effect would be even more delayed—oil companies are sitting on a backlog of millions of acres of undeveloped leases, on which they generally have 10 years to drill. The most recent Bureau of Land Management data, which runs through September 2018, shows that only about 12.8 million acres were producing oil and gas, out of a total 25.5 million acres leased.

Bottom line: even if a Biden administration halted or significantly constrained oil and gas drilling on federal lands, the effect on the nation’s overall production would be limited, and may take years to show up.

Still, any ban would represent a wholesale break from the nation’s long history of promoting drilling that would carry enormous symbolic weight, said Jeremy Nichols, climate and energy program director at WildEarth Guardians, an advocacy group.

In addition to halting new permits, Biden has said his administration would reinstate regulations to limit methane emissions from oil and gas development that the Trump administration has stripped away and modify royalty rates to reflect climate costs. His plan also says he would create an economy-wide enforcement mechanism to help the nation reach net-zero greenhouse gas emissions by 2050 that “will be based on the principles that polluters must bear the full cost of the carbon pollution they are emitting” and “will achieve clear, legally-binding emissions reductions with environmental integrity.”

These policies could restrict drilling somewhat, but there’s no consensus on what that would mean for production in the near term.

The American Petroleum Institute published a report in September showing a steady decline in oil and gas production on federal lands through 2030 under Biden’s plan. But it included no information about state and private lands, which could see an increase in drilling.

Another analysis, by the Rapidian Group, looked at what might happen to U.S. onshore production outside of Alaska if oil prices recover from their current lows. The report said a Biden administration could mean 1 million fewer barrels produced per day by 2023 compared to a second term for Trump—production now stands at about 9 million barrels per day. But a large part of that difference has nothing to do with energy policy. It is based on an assumption that Biden would renegotiate a nuclear deal with Iran, causing oil prices to fall when a flood of Iranian crude hit international markets.

But Rapidian also modeled what might happen if oil prices do not recover. In that case, it said there would be hardly any difference in production no matter who is elected.

Artem Abramov, head of shale research at Rystad Energy, a research and consulting firm, said Biden could even help the nation’s oil and gas industry by ending Trump’s trade war with China and taking more aggressive steps to combat the coronavirus pandemic. The result, he said, could be a quicker global economic recovery and a corresponding climb in oil prices.

“This is the most important driver of activity in the U.S.,” he said of oil prices. “So I think it is very possible that if Biden becomes president we will see these positive impacts which will result in increased oil activity.”

The common thread is that markets, far more than policy, determine when and how much the industry drills.

The Trump administration has enacted policies that have likely made it cheaper to drill.  Abramov said the reduction of the corporate income tax rate helped push down operating costs across the industry—he estimated it saved ExxonMobil $193 million in 2018.

But experts say the effects of those policies are not likely to be nearly as significant as the bigger, global economic pressures the industry is facing: the coronavirus pandemic and a transition to cleaner sources of energy.

The people who run the oil industry do seem to have a preference, though, if you follow the money. Oil companies and their employees have contributed nearly three-times as much to Trump’s campaign as Biden’s so far, according to the Center for Responsive Politics, about $1.64 million compared to about $624,000. 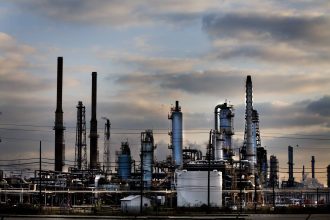 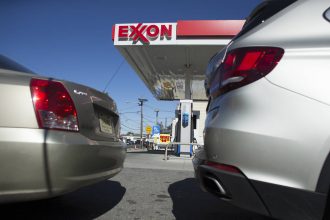 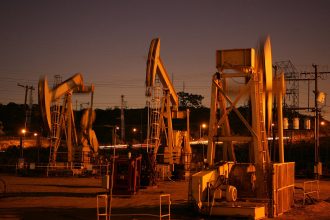 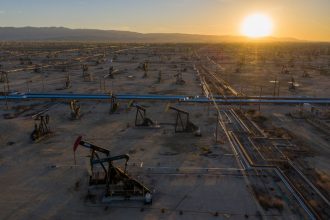