Pennsylvania has drawn a flurry of attention from both presidential candidates during the final days before the election, and Donald Trump and his campaign have focused on the state’s natural gas industry as critical to his chances there.

Trump spent the weekend hammering his claim—refuted by his opponent—that Joe Biden would ban hydraulic fracturing, the technology that has unleashed vast quantities of oil and gas from deposits across the country, including in Pennsylvania.

But many of Trump’s claims about fracking are either false or exaggerated. And it remains unclear whether the issue will help decide who wins Pennsylvania, or is even a top concern for voters in the state. Here are five things to know about the debate over fracking in this critical battleground state:

Biden Does Not Support a Ban on Fracking

Trump’s entire attack stems from three words that Biden uttered at a March debate with Bernie Sanders, when the former vice president said “no new fracking.” He was responding to a charge from Sanders that he supported fracking, but his campaign quickly clarified that the comment applied to federal lands only—Biden’s climate platform includes a plan to end new oil and gas development on such lands. Biden has since said repeatedly he would not ban fracking on private or state lands in Pennsylvania, Texas and other states, where the vast majority of the nation’s oil and gas is produced.

Trump Is Trying to Make a Big Deal of it Anyway

Biden’s denials haven’t stopped Trump and his campaign from accusing him of planning to end the process altogether. Trump spent the weekend traveling across Pennsylvania, where he pushed the claim that Biden would ban fracking “and eradicate your great economy.” On his way to one rally, Trump signed a memorandum that would purportedly protect jobs “by ensuring appropriate support of hydraulic fracturing and other innovative technologies.” But in reality the directive only calls on the Energy Department to issue a report within 70 days that assesses “the economic impacts of prohibiting, or sharply restricting, the use of hydraulic fracturing and other technologies,” along with a similar report on the impacts to national security.

Fracking Doesn’t Support All That Many Jobs

Trump’s claims of the economic benefits are greatly exaggerated. There’s no doubt drilling and fracking wells has sent an influx of money into the state’s economy, as gas production has soared over the past decade. But the industry doesn’t actually employ very many people. In fact, fewer than 33,000 people were employed in the oil and gas sector in Pennsylvania last year, while an additional 7,000 were employed in the pipeline sector, according to data collected by BW Research Partnership. Trump claimed at a rally on Saturday in Bucks County outside Philadelphia that the energy sector was responsible for “probably a million” jobs in Pennsylvania. Thousands of jobs related to fracking were lost earlier this year as the coronavirus pandemic cratered the economy and energy use. By comparison, more than 71,000 people were employed in the energy efficiency sector. The largest number of jobs is in education and health services, which employs more than 1.2 million people across the state, according to the federal Bureau of Labor Statistics.

Biden’s plan to halt fossil fuel development on federal lands would have very little impact in Pennsylvania, because the vast majority of the state’s fracking occurs on private and state lands. Even if a Biden administration tried to ban fracking on private land (and, again, he has said he would not), a nationwide fracking ban would likely require Congressional action, and even then could be vulnerable to legal challenges from drilling companies or landowners.

Kevin Book, an analyst at ClearView Energy Partners, said that an end to fracking on federal lands, which are concentrated in the West, could actually benefit drillers in Pennsylvania by cutting off a portion of new supplies from elsewhere in the country that would compete with them.

That said, Biden has announced a range of other policies that could affect drilling in Pennsylvania. Biden’s platform includes a requirement that federal permitting decisions account for effects on the climate, reinstates limits on methane pollution from oil and gas development and, more broadly, states that “polluters must bear the full cost of the carbon pollution they are emitting.”

The methane regulations could impose new costs on drillers and frackers, while the permitting decisions might apply to interstate pipeline projects that carry the state’s gas to power plants and cities across the region, as well as potential export facilities that would send the gas overseas.

Per Magnus Nysveen, head of analysis at Rystad Energy, a research and consulting firm, said more stringent regulation under a Biden administration could slow the construction of some of this infrastructure. But he added that years of intensive development has led to a surplus in pipeline and processing capacity, so the impact of any slow-down in building more would be limited, particularly with the pandemic continuing to drag on economic growth.

Book added that the biggest impact could come from Biden’s promise to raise the corporate income tax rate and end subsidies and tax incentives for the industry, which would drive up costs for producers across the country.

Bottom line, Biden’s policies wouldn’t end drilling in Pennsylvania, and it is difficult to say how they would affect the state’s natural gas development, or whether they’d have much impact at all.

Fracking May Not Be Decisive in Who Wins Pennsylvania

We won’t know for sure until after Tuesday, of course, but there are a number of reasons to think that fracking might not be as big an election issue as Trump is trying to make it seem. An ABC News/Washington Post poll found that likely voters are split equally between the candidates when it comes to who they trust more to handle fracking in the state. And in general, the poll found 51 percent of likely voters in Pennsylvania favor Biden, compared to 44 percent for Trump.

“I think fracking matters as an issue to the people who are directly affected by it, but then after that I don’t think it’s a really big issue,” said Larry Ceisler, who runs a public affairs company that he said has worked for gas companies and environmental groups. “For every person who’s bothered by Biden’s comments about fracking, I think there are a lot of people that welcomed them.”

While fracking has brought economic benefits, it has also brought pollution that has harmed people in some of the communities that are home to drilling. In June, a two-year investigation by Attorney General Josh Shapiro, a Democrat, found that the state had failed to protect its residents from the health and environmental impacts of the drilling.

Ceisler, a Democrat who grew up in western Pennsylvania, which is home to much of the drilling, said he thinks Trump’s image of the region is disconnected from reality, pointing out that many more people are employed by universities, hospitals and the technology industry than in drilling.

“That’s where the jobs are there,” he said. “I think the Trump administration wants to build this image that western Pennsylvania is just a lot of people working on natural gas pads.” 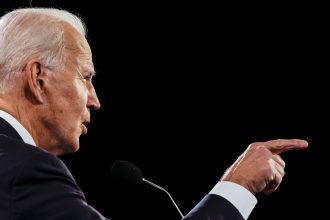 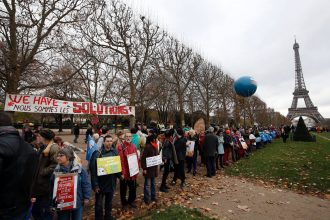 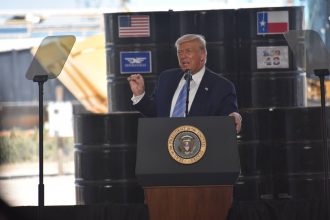 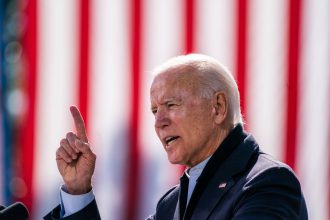