Air pollution, mainly from burning fossil fuels, reduces life expectancy worldwide by an average of almost three years, an impact greater than smoking, HIV/AIDS, vector-borne diseases such as malaria, and violence, according to a new study in Cardiovascular Research.

Relying on recent modeling methods developed by a separate team of researchers, the study, published on Tuesday, examined global mortality data from 2015 and estimated that air pollution led to 8.8 million premature deaths. That translates to an average shortening of people’s lives by 2.9 years, the study concluded. Residents of East Asia experienced the largest curtailment of life expectancy, by 3.9 years, according to the study, and people living in Australia the least damage, or 0.8 years lost. In North America, lives were shortened by 1.4 years on average because of air pollution.

By comparison, smoking, one of the leading causes of death worldwide, was responsible for about 7.2 million premature deaths in 2015, and shortened lives by an average of 2.2 years, the researchers found. The study estimated that HIV/AIDS reduced life expectancy by 0.7 years, and diseases such as malaria, transmitted by parasites and insects, by 0.6 years. War and violence cut life expectancy by an estimated 0.3 years, according to the study.

The findings point to a vast level of threat to human lives from air pollution, according to the study’s authors. “Since the impact of air pollution on public health overall is much larger than expected, and is a worldwide phenomenon, we believe our results show there is an ‘air pollution pandemic,’” said Dr. Thomas Münzel, a cardiologist at the University Medical Center of the Johannes Gutenberg University in Mainz, Germany, and an author on the study. “Policymakers and the medical community should be paying much more attention to this. Both air pollution and smoking are preventable, but over the past decades much less attention has been paid to air pollution than to smoking, especially among cardiologists.”

Jonathan Buonocore, a research scientist with the Center for Climate, Health and the Global Environment (C-CHANGE) at Harvard University, who is unaffiliated with the study, called the new research “exciting.”  The study relied on the Global Exposure Mortality Model (GEMM) to ascertain the health effects of air pollution exposure, an approach that Buonocore said is “the latest and greatest” method. Since GEMM’s development a few years ago, other scientists have said they welcomed the higher accuracy that the model brings.

About 70 percent of worldwide deaths can be attributed to non-communicable diseases such as heart and respiratory ailments, cancer, complications from diabetes and stroke, according to the World Health Organization. The study examined how long-term exposure to air pollution causes or exacerbates the most prevalent non-communicable ailments.

The study found that generally, the older people were, the more vulnerable they were to premature death fueled by air pollution. The exception was death due to lower-respiratory infections, such as pneumonia, among children younger than 5 years old in Africa and South Asia.

The researchers focused on people’s exposure to ground-level ozone, or smog, and PM2.5, tiny suspended particles that are smaller than 2.5 micrometers in diameter, or 30 times finer than the width of a human hair.

Both pollutants have long been known to damage human health. In particular, studies have shown that PM2.5 can induce inflammation, and that it plays a role in worsening a range of illnesses, from heart disease to kidney ailments to blood poisoning.

The study looked at natural sources of air pollution, such as wildfires and dust storms, and also man-made ones, such as burning biomass. But the study pointed out that the largest contributor to air pollution is fossil fuel use by power plants, industry, transportation and the residential sector. If there were no more fossil fuel emissions, average life expectancy around the world would increase by 1.1 years, the study found. If all man-made air pollution sources were eliminated, life expectancy would rise by 1.7 years.

“We show that about two-thirds of premature deaths are attributable to human-made air pollution, mainly from fossil fuel use,” Münzel said. “Five and a half million deaths worldwide a year are potentially avoidable.”

The proportion attributable to fossil fuel use goes up to 80 percent in industrialized countries, the study said, since indoor air pollution from using biomass as a cooking fuel is not an issue in those places.

The new assessment of harm caused by fossil fuel pollution comes as the Environmental Protection Agency readies a new rule that would curtail the use of scientific research to support public health standards such as limits to PM2.5, part of the Trump administration’s efforts to loosen pollution rules. 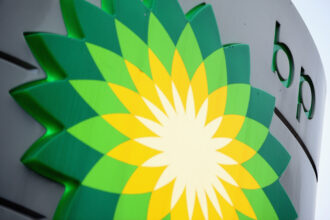 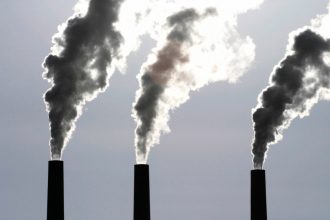 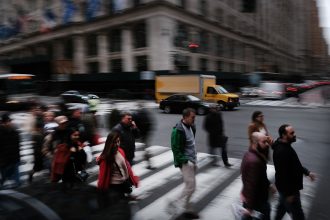