After killing it back in December, West Virginia Sen. Joe Manchin is resuscitating President Biden’s signature Build Back Better Act, giving environmentalists some hope that a national climate policy may yet be reached this year ahead of a consequential midterm election. But the likelihood of Manchin’s version of the bill looking anything like Biden’s $2 trillion package are slim, and the tradeoffs will likely threaten Biden’s environmental agenda and global climate efforts at large.

Manchin, who has been pivotal in passing any budget legislation in the 50-50 split Senate, expressed this week that he was interested in reopening negotiations on the legislation and suggested that some of the previous climate provisions in the original bill may still be on the table. But the West Virginia Democrat also made it clear that he wants to boost production of U.S. oil and gas on public lands as part of a larger effort to boycott Russian fuels, a move that could complicate negotiations over a future Democratic spending bill.

Russia is one of the world’s biggest producers of fossil fuels and its unprovoked invasion of Ukraine has sent prices of oil, gas and coal skyrocketing as nations seek ways to punish President Vladimir Putin’s aggression.

At a Natural Resources Committee hearing on Thursday, Manchin criticized the Biden administration, saying it “continues to drag its feet” on domestic production of oil and gas on federal lands. And at a news conference that same day, he said that while he supports Democrats’ efforts to advance clean energy, supplying Europe with natural gas amid the Ukraine war was a higher priority.

“The bottom line is the production of fossil fuels right now,” Manchin said at the press conference. “Wind and solar [are] not going to put natural gas over there. We can build a pipeline in two to six months. Basically, the administration needs to step up and help us on that.”

Manchin’s effort to ban Russian fuel in the U.S. is gaining some traction among Democrats, but the idea of increasing oil and gas drilling on public lands runs counter to the Biden administration’s climate agenda, including reducing U.S. emissions by 50 percent below 2005 levels by 2030. While Biden has failed to live up to his promise to halt drilling on federal lands, a dramatic increase in production could push up U.S. emissions and jeopardize the administration’s larger climate aspirations. On Tuesday, Biden announced he is releasing 30 million barrels of oil from U.S. strategic reserves in an effort to curb rising gas prices associated with the Russian invasion.

The prospect of increased domestic fossil fuel production also sets up what will undoubtedly be a heated fight between Manchin and staunch climate hawks in Congress.

Progressive Senate leaders, like New York’s Sen. Chuck Schumer and Vermont’s Sen. Bernie Sanders, have been some of Manchin’s harshest critics, frequently pushing back against the West Virginia lawmaker’s attempts to whittle down spending in Build Back Better and nix provisions he believed would hurt the natural gas industry. In an interview with the Associated Press, however, Sanders said he would at least entertain new negotiations with Manchin.

Last year, Manchin was heavily criticized for his ties to the fossil fuel industry as public pressure increased on passing Biden’s massive social spending package. In 2020, Manchin made nearly half a million dollars from a coal brokerage firm he founded and received another $400,000 from fossil fuel interests. And in the current electoral cycle, Manchin has received more in political donations from the oil and gas industry than any other senator.

Nonetheless, some climate campaigners have welcomed the news from Manchin, saying any step toward national climate policy is better than nothing at all.

“We should give Joe Manchin the pen so we actually know where he stands, and then we should negotiate and come to an agreement,” Jamal Raad, executive director of climate group Evergreen Action, told CNN. “If we are looking to lower costs and stop enabling fossil fuel fascists like Putin, we actually have a policy prescription on the table. That’s the climate investments in Build Back Better.” 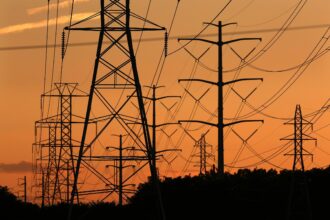 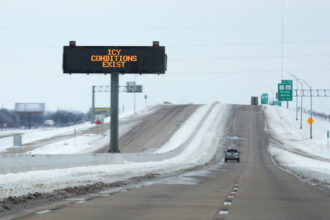