Florida’s largest utility has a lot of explaining to do after news organizations revealed some unseemly conduct.

The reports show that Florida Power & Light hired a political consulting firm that engaged in dirty tricks to harm or otherwise neutralize the company’s perceived opponents, including elected officials and journalists.

Some of this—like turning a news website into a mouthpiece for the utility or surveilling a newspaper columnist in the hopes of catching him doing something embarrassing—sounds like the stuff of conspiracy theories.

FPL has said it was not fully aware of what its consultant was doing, and it has cast doubt on some of the reporting. But the company is limited in what it can do to defend itself because of reams of evidence, in leaked emails and texts, showing that company executives were aware of at least some of what was happening.

I’m interested in what happened with FPL, but I’m also looking at whether this cascade of revelations could harm the utility’s parent company, NextEra Energy, which happens to be the largest generator of renewable energy in the United States, and maybe the world.

NextEra, also based in Florida, has become a giant by racking up profits from its regulated utility business at FPL and using that as a foundation to build wind, solar and battery projects across the United States and Canada. Other utilities have tried similar strategies, but none have done it on the scale of NextEra.

Last month, I attended a public hearing for a NextEra solar proposal in central Ohio, and I saw how several backers of the project talked about the company’s involvement as a good thing. (Here’s the hearing transcript.)

“I believe that NextEra is a respectable developer,” said Jeremy Welch, testifying at the hearing on behalf of a union that supports the project.

I also saw how opponents of renewable energy development rarely miss an opportunity to sow distrust in the developer, with talk of how wind or solar would be an eyesore and potentially harm property values. But nobody brought up FPL’s alleged skulduggery during the hearing.

I wonder if NextEra’s problems in Florida may eventually affect the perception of the company in other places. To help figure this out, I reached out to David Pomerantz, who makes a living investigating utility companies as executive director of the Energy and Policy Institute, a nonprofit watchdog organization.

He started by questioning my premise that NextEra has a good reputation while its subsidiary, FPL, has taken some serious hits. He pointed to some of NextEra’s conduct outside of Florida, like its opposition to a power line in Maine that would have delivered renewable energy from Canada and harmed the market for a nuclear plant co-owned by the company.

That said, he acknowledges there is a “cognitive dissonance” between NextEra’s status as a major player in the transition to renewable energy and FPL’s status as a utility that relies heavily on fossil fuels, with a reputation for fighting dirty in defending its interests.

FPL this year announced a plan it calls “Real Zero” to completely eliminate carbon emissions from its operations by 2045. One part of that is to convert gas-fired power plants to run on hydrogen. Pomerantz said the goal of moving to zero emissions is a very good one, but he questions the feasibility of using hydrogen as a major part of generating electricity.

To the larger question of NextEra’s public image, Pomerantz answers with a question:

“What happens when the company’s reputation as an unethical actor … extends to their clean energy efforts?” he asked. “If you are somebody who maybe is on the fence about whether a wind farm should come to your community, and you see all this about what NextEra has done—and it’s true, (the company) really has behaved terribly—then, does that make you more or less trustworthy of them?”

NextEra’s executives and shareholders have reason to worry, but it’s too soon to know how much. A lot will depend on how FPL conducts itself moving forward.

Contacted for a response, a NextEra spokesman did not address the issues at FPL or the potential for blowback for the parent company, but he did point to recent comments from Kirk Crews, NextEra’s chief financial officer. Crews said last month in a call with analysts that he is confident in the company’s long-term plan to continue increasing development of wind, solar and batteries.

We know about FPL’s actions thanks to reporting by the Orlando Sentinel, Miami Herald and The Florida Times-Union, some of it in partnership with the nonprofit Floodlight. I’m eager to see what’s yet to come, and whether it leads to changes in the way FPL does business.

Deep in the Democrats’ Climate Bill, Analysts See More Wins for Clean Energy Than Gifts for Fossil Fuel Business: U.S. Senate leaders have included plenty of favors for the fossil fuel industry in the big climate package they hope to advance this week, but most analysts have concluded these concessions amount to consolation prizes in a deal where clean energy is the clear winner. A team of ICN reporters led by Marianne Lavelle examined the bill and spoke with outside experts to get an idea of its implications. “The numbers really are very, very clear here,” said Anand Gopal, executive director of strategy and policy for the think tank Energy Innovation. “This is a very good deal for the climate.”

Resistance to Renewable Energy Is Growing in America’s Farm Country: The need to build vast amounts of solar power is colliding with local concerns about how the projects will affect the look and feel of home. I’ve been spending time in Williamsport, Ohio, to look at the debate over the solar proposal. In this first story in a series, I look at how the plan has divided the community and strained relationships between longtime friends and neighbors. “I don’t have very many neighbors talk to me anymore,” said Mark Schein, a retired farmer who upset people by leasing his property for the project, along with about a dozen others in the community. I reported this story with Tracy Wholf, coordinating climate producer for ABC News, and we also worked together on a special episode of ABC’s podcast Start Here that delves into the nuanced concerns on both sides of the conflict.

Siemens Gamesa, a Leading Maker of Wind Turbines, Is Struggling: Wind turbine maker Siemens Gamesa lowered its financial outlook for 2022 and said it expects to lose money this year and next as it deals with high costs of raw materials and tough competition. The company, which has its main office in Spain, is hinting at job cuts, as Isla Binnie reports for Reuters. “In some parts of our organization there are capacities way beyond their need and that needs to be rectified,” CEO Jochen Eickholt said in a conference call with analysts.

In California, Wait Lists for EV Rebates Are Long and Some Programs Have Shut Down: California needs to ramp up sales of electric vehicles to take on climate change and reduce air pollution, but consumers are having trouble navigating the state’s incentives and rebates, as Nadia Lopez reports for CalMatters. “We got into this program and it’s not helping like it’s supposed to,” said Quintin Nelms, who has faced a long wait for his rebate. “It’s useless at this time because there’s nothing out there and the cars that you do find, everything’s gone up in price.” 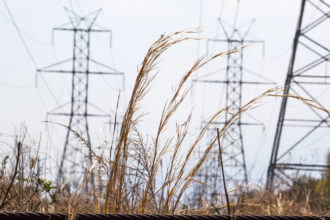