On Sunday, Chile declined the opportunity to become the second nation in the world to constitutionally recognize that nature and all of its constituent parts, such as water, forests and wildlife, have inherent legal rights.

But Chileans voted not to adopt one of the world’s most ecologically-focused constitutions. Nearly 13 percent of the 388-Article document touched on environmental issues like climate change, water and biodiversity. If adopted, analysts said the new governing framework would have replaced the country’s dictatorship-era charter and steer the world’s largest copper-producing country in a more environmentally friendly direction.

Ratification of the draft document would also have been a crowning achievement for lawyers, environmentalists and Indigenous groups behind the global rights of nature movement, a campaign aimed at using laws to move humanity away from the dominant human-centered worldview that sees other life forms and parts of nature as “things” and “property.” Instead, those groups advocate for a new paradigm where humans align their legal and economic systems within the ecological limits of the Earth.

Article 103 in Chile’s draft constitution recognized that nature has “the right to respect and protect its existence, to the regeneration, maintenance and restoration of its functions and dynamic balances, which include natural cycles, ecosystems and biodiversity.”

Other provisions created autonomous governmental bodies to safeguard the rights of nature and give individual Chileans the right to bring lawsuits enforcing nature’s rights.

If Chileans had approved the draft constitution, the Latin American nation would have joined 37 other countries and Indigenous nations that have some form of law—judicial rulings, national or subnational legislation—recognizing that nature has rights. Those laws largely draw on the worldview and cosmovision of Indigenous cultures, which see all living beings as interdependent and view nature and the Earth as sacred.

Chile’s draft constitution also declared the country a “plurinational” state, recognizing the semi-autonomy of Indigenous peoples, and enshrined the Indigenous concept of Buen Vivir, which roughly translates into “good living,” and describes a societal paradigm focused on community and living in harmony with the natural world. Buen Vivir rejects the dominant capitalist and socialist systems around the world and instead envisions a new way of living that is mutually beneficial for humans and nature.

The concept is included in Article 8 of the draft which read: “Individuals and peoples are interdependent with nature and form with her an inseparable whole. The State recognizes and promotes Buen Vivir as a relationship of a harmonious balance between people, nature and the organization of society.”

Vanessa Hoppe, a Chilean lawyer and a member of the Constitutional Assembly, called that article “fundamental” because “it changes the relationship that we will have with nature…establishing Buen Vivir as a principle of balance and understanding that people and peoples relate to nature in a symbiotic relationship of dependence that is indissoluble.”

While Indigenous groups and other Chileans had celebrated the inclusion of these ideas, the provisions have also drawn the ire of industry and some in the right wing of Chile’s political spectrum.

Natalia Greene, a dual Chilean and Ecuadorian citizen and an executive committee member with the Global Alliance for the Rights of Nature, said that while most of the resistance to the new constitution opposed its new rights for Indigenous peoples and because it opened the door to legalizing abortion, pushback against the environmental provisions it enshrined—particularly with regard to water—had focused on how those laws will affect Chile’s mining, agriculture and other industries.

Chile is responsible for nearly a third of global copper production and is the world’s second-largest producer of lithium, two minerals critical to the electrification of energy systems around the world. The country’s mining sector alone accounts for just over 10 percent of Chile’s gross domestic product.

Hoppe, who represents District 21 around the city of Concepción, views much of the resistance to the draft constitution’s environmental provisions as alarmist and said opponents of those provisions haven’t made an effort to engage in a substantive debate about the ideas. Some Chileans have said they don’t understand the rights of nature, she said.

“What explain that it is a situation similar to what companies in Chile have today, which gives them the category of legal persons,” she said.

Greene, who was instrumental in getting the rights of nature into Ecuador’s 2008 constitution, also said fears that the doctrine will shut down industry in Chile were overblown.

“Unfortunately, mining and oil drilling haven’t stopped in Ecuador,” she said. “Our economy hasn’t been affected.”

Ecuadorian courts have interpreted the rights of nature doctrine as requiring a higher level of protection compared to standard environmental laws. That means some ecologically sensitive areas in the country are off limits to harmful activities and that extractive companies must use a higher standard of care during their operations. So far in Ecuador, the doctrine has been invoked in dozens of lawsuits, including what is known as the Los Cedros case where it was used to block a mining project in the ecologically sensitive Los Cedros cloud forest.

Along with those legal victories, Greene said the legal doctrine is changing “people’s imaginations” about what nature is and what humanity’s place is within the natural world. “That change is hard to measure but people in Ecuador do think about nature differently now,” she said.

Going into Sunday’s vote, polls had indicated that initial support for the constitutional re-write had waned, with analysts suggesting that cultural issues like abortion, rising inflation and other economic effects of the coronavirus pandemic had spooked some voters.

The interplay between what the law says and how societies conceive of the world around them will be front and center on Sunday as voters go to the ballot box. Cormac Cullinan, a South African lawyer involved with the rights of nature movement, said Sunday’s vote represented a choice between the structure of the past—the worldview of the dictatorship—and a more “expansive” vision for the future.

“Holding on to old ways of being and legal systems based on a project of Earth domination have been proven not to work,” Cullinan said, referring to environmental destruction happening around the world. “People tend to want to hold onto the past out of a desire for security, but the most secure thing to do is to choose a system that aligns more closely with the laws of nature. That is far safer than trying to hold onto a system that is failing all over the world.”

How Rights of Nature Made it Into Chile’s Draft Constitution

The rewriting of Chile’s constitution was triggered in the fall of 2019 by widespread protests over a hike in subway fares—a symptom of long-simmering resentments over the nation’s socioeconomic inequality.

To quell the protests, Chilean political parties agreed to hold a nationwide vote giving citizens the choice of whether to keep the existing 1980 constitution—which was adopted during the dictatorship of Augusto Pinochet and largely influenced by the idea that societies best flourish with limited government and markets that are allowed to operate freely.

Nearly a year after the 2019 protests, Chileans decided with an overwhelming 78 percent of the vote to scrap the 1980 constitution, opting to elect a Constitutional Assembly to draft their new charter. In a separate vote, Chileans selected members of that Assembly, electing a majority of independent candidates. In July 2021, the Assembly began its work drafting the new charter from a “blank slate.” The inclusion of articles in the new constitution required the support of two-thirds of the full Assembly, roughly 103 votes.

Support for recognizing the rights of nature came out of both the Assembly’s Environmental Commission (one of the Assembly’s 10 specialized committees) and from nonprofit organizations that gathered more than 15,000 signatures from Chileans in favor of the idea. In the lead-up to the full Assembly’s vote on whether to include the rights of nature in the final draft, the Global Alliance for the Rights of Nature, a coalition of lawyers, Indigenous peoples and environmentalists, sent a delegation to Chile to advocate for the idea.

The delegation—representatives from three South American countries, including Greene from Ecuador—met with convention delegates, members of the media, lawyers, environmentalists and youth groups like Fridays for Future to build support.

On March 16, 2022, the Constitutional Assembly approved the inclusion of the rights of nature with 104 votes in favor, 35 against and two abstaining.

Beyond the rights of nature, the new constitution’s other environmental provisions included: 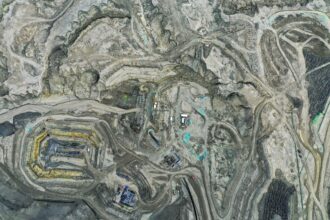 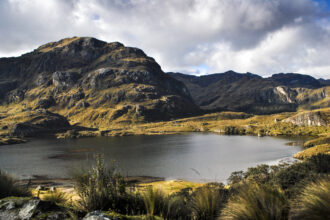