White-Newsome, a Detroit native, has a long history of fighting for environmental justice and racial equity, mostly through nonprofits and other philanthropic institutions. She founded the equity-focused consulting firm Empowering a Green Environment and Economy, and also led the Washington office of WE ACT for Environmental Justice, a grassroots organization that lobbies for progressive federal policies—including strengthening national standards for fine soot pollution, or PM 2.5.

“Jalonne is a strong and effective champion for communities that have been overburdened by pollution and subjected to decades of environmental injustice,” Brenda Mallory, chairwoman of Biden’s Council on Environmental Quality, said in a press release. “Jalonne’s ability to listen deeply, bring people together, and find creative solutions will be invaluable as we work to deliver on President Biden’s promise of environmental justice for all.”

Many activists embraced the announcement, calling it a positive step forward. They have been calling for increased staffing at the council and other federal agencies to carry out the Biden administration’s ambitious climate and equity goals, wondering who would replace Martinez, a key architect of Biden’s environmental justice agenda. The Council on Environmental Quality coordinates the federal government’s environmental efforts and advises the president on the environment, climate change, environmental justice and conservation efforts.

Some activists reacted more skeptically, however, to White-Newsome’s appointment, saying far more resources, planning and staff were needed to accomplish the kind of sweeping promises Biden has made. They favor greater focus on Biden’s “all-of-government” approach to tackling climate change and environmental injustice. They also want to make sure Biden delivers on his promise that 40 percent of the “benefits” of federal climate and clean energy investments go to disadvantaged communities.

“It’s great, but it’s one person,” Maria Lopez-Nunez, a longtime activist and member of the White House Environmental Justice Advisory Council, said about White-Newsome’s appointment. “We need real resources for this endeavor. It can’t just be one person in one agency that doesn’t have an accountability lever—I want to see teeth, not symbolic gestures.”

She and other activists said that, thus far, coordinating Biden’s environmental justice agenda has been too big a responsibility for CEQ to handle. While some agencies, like the Environmental Protection Agency or the Department of Transportation, have thousands of employees, CEQ has just 17 full-time employees. The $1.5 trillion spending bill that President Biden signed in March will allow the agency to increase that number to 22 this year, CEQ confirmed in an email.

Mustafa Ali, the vice president of environmental justice, climate and community revitalization at the National Wildlife Federation, and a former career staffer at the Environmental Protection Agency, said in an interview that CEQ would need at least three times its current staff to properly carry out its work under Biden’s executive orders.

Some observers have blamed inadequate staff and resources for CEQ missing several key deadlines last year, including the release of a beta version of the “screening tool” meant to identify which neighborhoods would qualify for federal funding filtered through the Justice40 initiative. That program directs federal agencies to align their funding related to environmental cleanup, clean energy and climate mitigation so that at least 40 percent of the “overall benefits” of that spending goes to “disadvantaged communities.”

CEQ released an early version of the tool in February, opening it up to public comment. But the current version excludes race as a criteria for identifying which communities count as “disadvantaged,” a move that prompted widespread criticism among environmental justice advocates.

By removing race from the tool, the Biden administration hopes to avoid legal challenges, such as it faced in April after a former aide to President Trump successfully sued to block a provision in Biden’s American Rescue Plan aimed at helping Black farmers on grounds that it discriminated against white farmers. But activists say leaving race out of the equation ignores decades of racist practices and laws that helped to form the foundation of the nation’s current economic and public health disparities.

“Without question, race and racism are factors that have contributed to where pollution has been concentrated in this country and in determining which communities have been left behind by government investment, enforcement and help,” a CEQ spokesperson said in a statement. “The environmental and socioeconomic data we are using in the tool endeavor to reflect this reality and legacy of injustice.”

Still, the move frustrated several members of the White House Environmental Justice Advisory Council, or WHEJAC. In April, three prominent members of the council announced they were launching their own privately-funded $14 million program to ensure Justice40 is properly executed and to build a separate screening tool that they said would more accurately identify the communities most in need.

“Middle-income African-Americans who make $50-60,000 a year are more likely to live in neighborhoods that are more polluted than whites who make $10,000,” Robert Bullard, a WHEJAC member and founder of the Bullard Center for Environmental and Climate Justice at Texas Southern University, said at an April 12 press conference. “The CEQ screening tool would miss those Black middle-class communities that have to live with flooding that was caused 100 years ago by racial redlining in the ’20s.”

Activists credit Biden for taking “unprecedented steps” to elevate the idea of environmental justice, which purports that race and income shouldn’t play a role in the environmental hazards people face or determine how capable they are at dealing with the consequences.

Justice40 is a clear example of that. Unlike President Bill Clinton’s 1994 executive order that directed federal agencies to consider the environmental and human health effects of federal actions on minority and low-income populations, Biden’s order creates a program that can redirect federal money to communities that need the extra help.

“I think they are doing their level best to meet the moment,” Vernice Miller-Travis, executive vice president for environmental and social justice at Metropolitan Group, said about CEQ and other Biden agencies working to carry out the administration’s agendas. “The question is, will this outlive this administration?”

Measuring Biden’s success in advancing environmental justice, in many ways, falls on how the administration implements Justice40, said Lopez-Nunez. “There’s been a tension between trying to believe that this is a pivotal moment,” she said, and “flowery words that lead to nothing—the promises that have been made that then get rolled back right afterwards or get compromised.”

Lew Daly, deputy director of climate policy for the Roosevelt Institute, a progressive think tank, said the lead agency in implementing Justice40 is not CEQ but the Office of Management and Budget, an agency with hundreds of employees and the authority to direct federal dollars.

Last summer, OMB released interim guidance to help federal agencies comply with Justice40, including requirements to identify programs covered by the initiative, how to distribute benefits for covered programs, and how to calculate and report on subsequent progress. The guidance also gives suggestions for how agencies can define what makes a “disadvantaged community” and what counts as “benefits.”

But a report published last month by the Roosevelt Institute found that several serious challenges remain for the OMB’s work on Justice40, particularly when it comes to how federal agencies are accounting for spending.

The report examined the budgets of about 21 programs that OMB identified under its interim guidance as being covered by Justice40 and compared them to federal funding available under the bipartisan infrastructure bill, as well as potential funding if Congress passed Biden’s Build Back Better Act. The report found that more money could be spent on things harmful to communities of color than those that would benefit them.

For example, the 21 federal programs OMB identified as subject to Justice40 would account for about $80 billion that would go to disadvantaged communities, according to the report. But it found nearly $160 billion in funding or tax subsidies authorized or proposed for solutions that are considered harmful by WHEJAC and many other advocates, including carbon capture technologies, hydrogen, bioenergy and nuclear power. It also found that roughly $27 billion in fossil fuel subsidies, spread out over a decade, could expand infrastructure that would exacerbate pollution in low-income neighborhoods and communities of color.

“Some advocates feel strongly that Justice40 is deeply compromised by these investments, and tension has grown around this question as the larger [Build Back Better] proposal has faltered,” the report said.

Lopez-Nunez said that’s why the Biden administration should require “full accounting” from federal agencies to make sure that everyone is starting from the same baseline, and that there will be a transparent and standardized process when it comes to measuring exactly how the 40 percent threshold is met.

How OMB decides to apply Justice40 to federal spending could also make a huge difference in the program’s outcomes, said Adrien Salazar, policy director for the Grassroots Global Justice Alliance.

It’s still unclear exactly which kinds of federal funding will be filtered through Justice40, even if that funding has a direct impact on minority communities. One example is how the Department of Transportation has allocated its current budget for 2022. On April 21, the agency announced a new program that makes available $6.4 billion in formula funding for states and localities over five years to go specifically toward reducing greenhouse gas emissions from the transportation sector.

That money would likely be filtered through Justice40, Salazar said, since it’s aimed at advancing Biden’s climate goal of slashing U.S. emissions in half by 2030. But it’s less clear if Justice40 would apply to the $28 billion sitting in the agency’s National Highway Performance Program, which is mostly used to build and expand the country’s highways, he said.

“As we’re talking about targeting at least 40 percent of the benefits of this spending to disadvantaged communities, we are also seeing continued investment in programs and infrastructure and technologies that would actually produce harm in communities,” Salazar said. “Like expanding highway infrastructure increases pollution, and it particularly increases pollution in communities that are already overburdened by highway pollution and multiple other sources of pollution.”

It’s a point that the Roosevelt Institute report made as well, identifying nearly $430 billion between the infrastructure bill and the Build Back Better proposal that are relevant for disadvantaged communities but are not yet codified under Justice40. That funding is related to investments in grid resiliency, transportation and state carbon reduction plans.

For Daly, the findings show how the Biden administration could benefit from putting more resources, including increased staffing at OMB and CEQ, into the Justice40 effort to ensure proper accounting and compliance is being practiced.

“Justice40 is a budget program, it really does focus on the competition for resources and the fight over resources,” Daly said. “It’s really not a question of vision and potential. It’s really, I think, increasingly a question of commitment, and then execution.”

Ariel Gans contributed to this report. 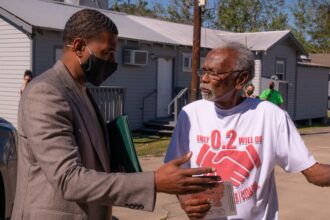 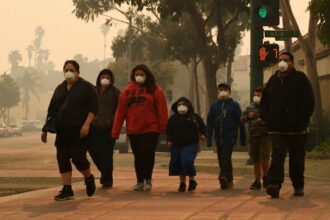