Global action to reduce carbon dioxide has produced at least $60 billion in economic benefits to the U.S. in the last five years, according to a new analysis. It also concludes that current rates of  emission reductions worldwide could contribute another $2 trillion in the next 15 years.

The report was published Thursday by by the Institute for Policy Integrity, a think tank and advocacy organization at the New York University School of Law, and concluded that the U.S. will gain far more from global efforts on climate change in damages avoided to the economy, public health and the environment than proposed regulations would cost.

“A lot of people have advocated for climate action based on moral and environmental reasoning,” said Peter Howard, the institute’s economics director and co-author of the report. “This demonstrates there’s an economic sense to agreeing to reaching a climate agreement.”

International cooperation for  climate action is essential because carbon pollution isn’t contained by national borders. Excessive coal use in China and India will be felt globally through higher temperatures and more frequent extreme weather events, but as the report’s authors point out, the converse is also true with the benefits of emissions reductions being felt worldwide.

The report counters arguments often used by opponents of climate action in the U.S. that taking the lead in reducing carbon emissions will allow developing nations to continue to pollute with few consequences.

In response to China’s recent cap-and-trade policy announcement, Senator Jim Inhofe (R-Okla.), the head of the Senate Environment and Public Works Committee, said, “The Obama administration will use regulatory overreach to claim our nation’s commitment, while China’s pledge has no guarantee of enforcement. This is a great deal for the Chinese who are slated to continue increasing emissions.”

Republican presidential candidates have echoed these arguments. At a recent debate, Donald Trump said China was “doing nothing” and Sen. Marco Rubio (R-Fla.) said China was “drilling a hole and digging anywhere in the world that they can get a hold of.”

“This argument that the U.S. has the risk of taking action and others not following, it’s a false argument,” said Howard. “Action now does not mean we can’t negotiate in the future.”

If anything, Howard said, the U.S. is the free-rider, enjoying the benefits of global emissions reductions, particularly in Europe.

Howard and co-author Jason Schwartz, legal director at the Institute, relied on four key figures to calculate the past and future benefits to the U.S. from global climate action:

The Obama administration has estimated the social cost of carbon at $41 per ton in 2015. That cost goes up to $79 in 2050 as the effects of adding carbon to the atmosphere become more damaging.

Experts contend that the Obama administration grossly underestimates the current social cost of carbon. The effects of climate change are wide-ranging and difficult to quantify, but economists have theorized the figure could range anywhere between $83 and $220. Similarly, they say the estimates of the U.S. share of benefits from reducing emissions worldwide also comes with a wide range of uncertainty.

“That [social cost of carbon number] is a lower-bound estimate. These are ballpark estimates and the benefits could be much larger,” said Howard.

A recent study by researchers at Stanford University and the University of California, Berkeley found that warming beyond a peak temperature of 55 degrees Fahrenheit reduces economic productivity. Global incomes could decrease by 23 percent in comparison to a world without climate change by 2100, they predicted.

Although the full extent of climate change’s damage is unknowable, Howard said his report and research by others help policymakers and the public understand the scale of the economic risks of not taking action.

“We’re leaving a lot of benefits on the table,” he said. 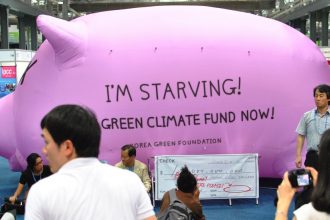 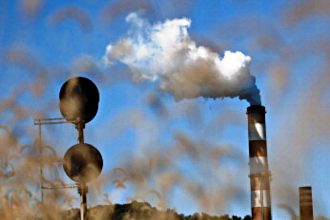 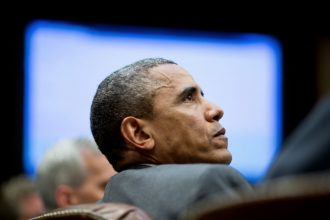