Columbia Riverkeeper and Friends of the Columbia Gorge asked a Multnomah County court on Monday to review a “grievously” unlawful decision by the Oregon Department of Energy to allow construction of the controversial Perennial Wind Chaser Station power plant. If built, the plant would be one of the state’s largest stationary sources of greenhouse gas emissions.

The nonprofit environmental groups alleged that the state allowed developers to avoid required stormwater and air pollution permits and meet a Sept. 23 construction deadline by breaking the construction into “phases.” They claimed that grading the site in preparation for an access road represented “phase 1” of the plant construction in a way that was never approved by a state siting panel.

If completed, the 415-megawatt, natural gas-fired power plant, near Hermiston in rural Umatilla County, 160 miles east of Portland, would provide additional power to the power grid to complement intermittent renewable sources, like wind and solar, at times of peak energy demand.

According to Columbia Riverkeeper, the plant would generate more than 1 million tons of carbon dioxide pollution annually, in addition to increased air pollution linked to cardiovascular and respiratory illness.

J.J. Jamieson, vice president of operations and development at Perennial Power Holdings Inc., said in an email that the company “is pleased to move forward in the next steps of the Wind Chaser Station project, on our way to providing the Northwest with reliable energy that will set the stage for sustainable energy technologies in the future.”

He called the project “an ideal energy solution for the state of Oregon and greater Northwest region.”

After years of opposing the project, environmental groups now hope a combination of legal action and grassroots organizing can help them shut down Perennial’s construction.

A Power Plant With No Customers

The plant was first proposed six years ago by a subsidiary of one of Japan’s major industrial conglomerates, Sumitomo Corporation. That was well before Oregon adopted ambitious statewide goals for carbon emissions and greater offset payments for mitigating greenhouse gas pollution that would make the natural gas-burning electric utility considerably more expensive to operate.

But since the adoption of such goals, environmentalists have only found it harder to stop the proposed plant as it moved through the state regulatory process.

The plant’s developers envision operating it no more than 4,400 hours per year at full load by burning natural gas delivered via the nearly 1,380-mile-long Gas Transmission Northwest pipeline. The existing pipeline, owned by TC Energy, transports Canadian natural gas to communities in Washington, Oregon and California.

Five years out from the plant’s initial approval in 2015, developers have yet to secure a buyer for the electricity the plant would produce, though they remain in dogged pursuit.

Finding a market for the plant’s output in Oregon, where hydropower and other renewable energy sources account for a majority of the state’s utility-scale net electricity generation, has probably become more difficult amidst stricter statewide energy standards and a pandemic that has depressed overall natural gas demand.

Environmentalists contend this lack of a market should be proof enough that the plant need not go forward. Still, they say, they find themselves having to use every legal device at their disposal to keep it from proceeding.

The latest court action on Monday came days after activists sent a letter to Gov. Kate Brown and Janine Benner, head of the Energy Department, asking them to terminate the plant’s permit and investigate the department’s approval process.

Nathan Baker, a senior staff attorney for Friends of the Columbia Gorge, said that the petition filed Monday seeks “a judicial determination that the Perennial site certificate is expired and must be terminated” and that prohibits “any further site work on this project unless and until a new site certificate is issued.”

Dan Serres, Columbia Riverkeeper’s conservation director, said he found it baffling that Oregon has allowed Perennial to move forward with the plant despite its apparent violations of state law and amidst concerns over its impacts on the global climate, local environment, and nearby communities.

It is astonishing, he said, “for Oregon, which prides itself on trying to address climate change, to be holding the door open for this very large polluter.”

If the state had found that developers missed their Sept. 23 construction deadline and required them to apply for another site certificate extension, Perennial would have been subject to an updated offset rate of $2.85 per ton of carbon emitted by the plant, rather than the $1.90 per ton rate in effect when it received its amended site certificate in November 2019.

Allowing the plant to proceed under its current certificate saved developers as much as $11 million a year “at much greater harm to the environment,” Columbia Riverkeeper said in a statement.

How Green is Oregon?

Oregon has sought to brand itself a climate leader under Gov. Brown’s administration.

The state’s Renewable Portfolio Standard also commits Oregon to sourcing 50 percent of its electricity from renewables by 2040, while legislation has also committed the state to phasing out electricity generated from coal by 2030.

But constructing a new gas power plant, one that would join the state’s top greenhouse gas polluters, seems to directly contradict those goals.

Despite the state’s progressive reputation on climate, some environmentalists suspect the state’s relationship with developers may help explain Perennial’s progress.

Dineen O’Rourke, campaign manager of 350 PDX, which is part of the Pacific Northwest-based Power Past Fracked Gas coalition, said the group was concerned that staff from the Oregon Energy Facility Siting Council were “a little too cozy with the developers of the project,” adding, “We see that as a possibility for why this is moving forward so quickly.”

Jennifer Kalez, a spokesperson for the Department of Energy, sharply disputed the contention that state officials had been in any way co-opted.

“Oregon Department of Energy staff are dedicated public servants, who work hard to ensure the laws and rules for siting large energy facility projects in our state are followed, regardless of the type of facility being built,” she said in an emailed statement, adding that the efforts of siting council members “are also focused on making sure proposed, approved, and operating facilities follow their standards.”

‘A Disaster for Oregon’s Climate Goals’

While natural gas offers a cheaper and cleaner alternative to other fossil fuels like oil, it’s far from climate-friendly.

Serres of Columbia Riverkeeper said Perennial’s projected carbon emissions represent only “a slice of the pollution” it entails.

Methane, a primary component of natural gas, is a greenhouse gas 84 times more potent over a 20-year period than carbon dioxide. On top of emissions, the process of hydraulic fracturing, or “fracking,” to extract natural gas raises numerous environmental concerns, including contamination of local water supplies.

“This entire project is a disaster for Oregon’s climate goals,” said O’Rourke, of 350 PDX.

Lisa Arkin, executive director of the nonprofit, statewide environmental justice organization Beyond Toxics, also raised concerns about the potential health harm to communities where the fracked gas fueling Perennial, which would be delivered via a natural gas pipeline lateral tapping into the existing Gas Transmission Northwest pipeline, is being mined.

Baker, Friends of the Columbia Gorge’s senior staff attorney, said Perennial failed to comply with numerous preconstruction conditions of its site certificate and state regulation necessary to lawfully start construction on any part of the project.

“What they’ve done by conjuring up this legal fiction of starting construction by only building a road is to extend their time by which they can build the project,” said Baker.

Such action, he said directly contradicts the Oregon’s Legislature’s intent to prevent developers from “site banking,” or locking up sites for state-approved energy facilities they may never complete.

Kalez, the Energy Department spokesperson, said Perennial satisfied its phase 1 pre-construction conditions with the siting council on Sept. 18 and that those conditions did not include the stormwater permit referenced by environmental groups.

She also said the DOE had inquired with Oregon’s Department of Environmental Quality about Perennial’s stormwater permit requirements and could initiate enforcement action if there was evidence that the developers “failed to obtain a necessary permit or to comply with an applicable site certificate condition at any time during the construction or operation of a facility.”

But environmental advocates, in their Oct. 30 letter to Gov. Brown and Energy Director Benner, called the Energy Department’s position “erroneous” and maintained that the DOE staff “not only failed to ensure that the site certificate conditions were being followed, but in fact facilitated Perennial’s law-breaking actions.”

Serres called on Gov. Brown to hold DOE and Perennial accountable for actions that he said violate the Clean Water Act, jeopardize state climate goals, and “fundamentally undermine the public’s trust in our agencies’ and leaders’ commitment to protecting Oregon’s climate and upholding the law.”

If the legal case against Perennial fails, pure economics may yet succeed in shutting the plant’s construction down and delivering opponents an environmental victory.

Baker said “it’s at best unclear whether the Perennial developers actually intend to build this project,” given that they still lack a power purchaser. 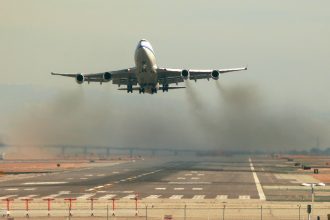 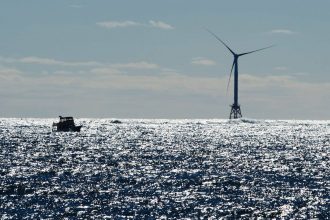 An Offshore Wind Farm on Lake Erie Moves Closer to Reality, but Will It Ever Be Built? 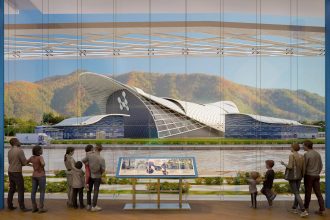 Small Nuclear Reactors Would Provide Carbon-Free Energy, but Would They Be Safe? 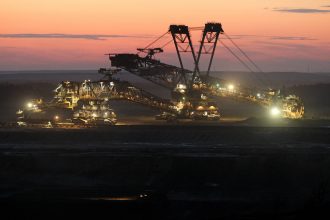