In the weeks since the Obama administration decided to delay its decision on the Keystone XL oil pipeline, TransCanada has said repeatedly that it could build the southern segment of the project without waiting for State Department approval.

“We believe we can start building now,” Howard said.

But six environmental law and policy experts interviewed by InsideClimate News say that building the southern segment would violate the National Environmental Policy Act (NEPA), which applies to federal projects that have “significant” environmental impacts.

“Case laws are pretty clearly defined. [You’re] not supposed to get around NEPA by breaking up a project,” said Susan Casey-Lefkowitz, director of the international program at the Natural Resources Defense Council (NRDC).

The 1,700-mile Keystone XL would carry heavy tar sands crude oil from Alberta, Canada to Texas. The southern leg represents about a quarter of the project and could be used to reduce the current glut of oil in Cushing by transporting it to the Gulf Coast.

Lena Moffitt, a Washington, D.C. representative for the Sierra Club, said section 1506 of NEPA prohibits TransCanada from taking any action—such as construction—that would “have an adverse environmental impact” before the NEPA process is officially complete. That won’t happen until the State Department issues the Record of Decision—a document that either approves or denies the overall pipeline permit.

The State Department had been expected to make its decision by the end of this year, but the original pipeline route, which would have passed through the Nebraska Sandhills above the Ogallala aquifer, caused so much outrage among Nebraskans and environmentalists that the agency recently announced that it would delay its decision until early 2013 so it could study alternative routes through the state. A group of Senate Republicans including Indiana Sen. Richard Lugar and Kentucky Sen. Mitch McConnell, is trying to speed up the process. Last week they unveiled two pieces of legislation that would force federal agencies to make a final decision on the Keystone XL within 30 to 60 days.

What would happen if TransCanada went ahead and built the southern leg without waiting for the State Department’s decision?

The answer, the experts say, is unclear, because the pipeline has entered tricky legal and political territory. Any attempt to build the southern segment without federal approval of the entire pipeline would likely lead to a lawsuit, they agreed. But several said it’s unclear how NEPA would be interpreted if the issue goes to court.

Zygmunt Plater, an environmental law professor at Boston College who isn’t involved in the Keystone debate, said that even though NEPA has an anti-segmentation principle to prevent companies from breaking projects into pieces, the ultimate verdict will depend on the judge who hears the case.

A number of judges might rule in favor of allowing construction to begin, he said.

The overall pipeline project consists of two sections. The northern portion would extend from Alberta to Steele City, Neb., just north of the Kansas border. The southern segment would run from Cushing to refineries on the Gulf Coast. The sections would be connected by part of a separate pipeline that TransCanada opened last year—simply called Keystone—that runs from Steele City to Cushing.

Because the route crosses an international border, the State Department is the lead agency in charge of approving or denying the permit needed for construction.

But Howard, the TransCanada spokesman, said that since the Cushing-to-Gulf section crosses neither an international border nor Nebraska, where the route has caused so much controversy, the company believes it has all the necessary permissions to begin work.

The State Department has sent mixed signals about whether TransCanada can go ahead with the southern leg.

Two weeks ago, Chris Wilson, an independent environmental consultant from Texas who opposes the pipeline, asked a state department official if TransCanada needed additional permits to build the Cushing-to-Texas segment. She said the official told her that TransCanada might need approval from the Army Corps of Engineers and other agencies. But he also said that the southern leg wouldn’t require a major environmental review or further public hearings, because it would connect to the existing Keystone pipeline. Last Thursday, Wilson spoke to that same official again. This time she said he was more guarded, saying the pipeline situation is “a moving target” and that “there are many actors involved.”

Carroll Muffett, president of the Center for International Environmental Law (CIEL), said TransCanada has another option. It could abandon the northern section of Keystone XL and pursue the Cushing-to-Gulf segment as a separate, stand-alone project.

In that case, said Earthjustice attorney Sarah Burt, the company would have to withdraw its permit application for Keystone XL and file a new application for the southern leg. The experts said it’s unclear if the State Department would still be involved, but TransCanada would need approval from the Army Corps of Engineers and regulatory agencies in the states the pipeline would pass through. Several experts said the pipeline might also need approval from the Department of Transportation and other federal agencies.

The review process would require a new environmental assessment, Muffett said, although TransCanada might be able to draw from the part of the Keystone XL environmental study that applies to the southern segment.

Muffett said that this approach would also likely open the door to litigation, because pipeline opponents could say that TransCanada is trying to circumvent the review process.

Some of the experts think TransCanada may be floating the idea of building the southern segment to gauge public reaction, or to reassure the company’s financial backers.

“I think that TransCanada is trying to make it seem that [Keystone XL] is still viable, when in fact it’s not as viable as it used to be” due to the State Department delay, said Casey-Lefkowitz of NRDC.

If approved, the $7 billion pipeline would be a considerable addition to TransCanada’s assets, which currently amount to $53 billion dollars. In the meantime, however, the project is costing the company at least a million dollars per day, Howard said, because it must continue paying for personnel and construction equipment while it awaits the State Department’s decision.

Howard said TransCanada will consult with the State Department before deciding whether to start work on the southern segment.

“The last thing we want is to have that challenged,” he said. “We’ve had enough surprises, we don’t want any more.” 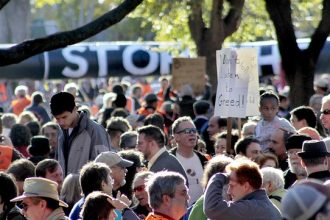 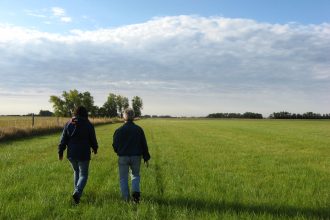 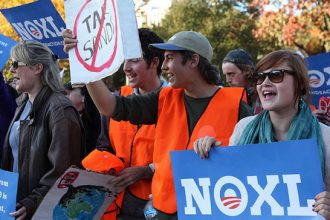