The bill is in response to several pipeline accidents in the last year that killed more than a dozen people, destroyed homes and polluted land and water.

The regulations would be enforced by the Transportation Department’s Pipeline and Hazardous Materials Safety Administration, which the bill reauthorizes through 2014.

The measure must still pass the full Senate and then clear the House of Representatives, before it could be signed into law by President Barack Obama.

This was the first of two energy bills acted on in Congress on Thursday. The House voted later in the day to approve legislation to reinstate drilling opportunities off the coast of Virginia and the Gulf of Mexico that were pulled by the Obama administration after the BP oil spill. (See a rundown of energy bills moving through Congress)

Democrats were blocked from offering amendments to the House bill that would have stripped billions of dollars in federal tax breaks from big oil companies.

The House will vote next week on separate legislation to set a 60-day deadline for the Interior Department to decide on new offshore drilling permits.

The White House said on Thursday it opposed both House bills, because they would undermine drilling safety regulations imposed after last summer’s oil spill in the Gulf of Mexico.

The United States has about 2.5 million miles of pipelines that move oil, natural gas and other hazardous liquids. The death toll from pipeline safety accidents rose from nine in 2008 to 13 in 2009 and reached 22 last year.

Most recently, a natural gas explosion on a pipeline operated by UGI Utilities killed five people this past February in Allentown, Pennsylvania.

Several leaks last year on the Enbridge pipeline system collectively spilled thousands of barrels of oil in the Midwest. 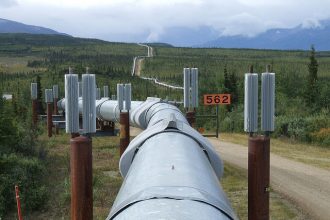 Why the Confusion over Keystone XL's Capacity?