KNIGHTS LANDING, Calif.—On a warm, sunny afternoon in late November, Roger Cornwell stopped his pickup near the edge of a harvested rice field to avoid spooking a great blue heron standing still as a statute, alert for prey. He pointed to a dozen or so great egrets at the opposite end of the field as a chorus of killdeer sang a high lonesome tune in the distance.

“We started bringing in the water this morning,” said Cornwell, general manager of River Garden Farms, which grows rice, alfalfa, corn, walnuts and other crops on 15,000 acres just west of the Sacramento River, in California’s Central Valley. “When we push water across a field, we’ll have tons of egrets in it because the mice and moles are being flushed.”

In the Central Valley, where agricultural and urban development have claimed 95 percent of the region’s historic wetlands, flooded croplands provide food and habitat that help egrets, sandhill cranes and other iconic water birds get through the winter. Inundating fallow fields mimics the way rivers breached their banks 150 years ago, before engineers built thousands of miles of levees, and funneled Sierra Nevada snowmelt through a vast network of aqueducts and canals to farmers and more than 27 million Californians.

But many farmers are moving toward wine grapes, olives and other “permanent crops” that don’t provide the same habitat benefits as row crops. And now these land use changes, combined with the uncertain effects of a warming world, have left scientists scrambling to safeguard critical habitat in one of most important wintering regions for water birds in North America.

“Our wetland birds are among those showing the biggest declines,” said Khara Strum, who works with Cornwell as conservation manager for Audubon’s Working Lands Program.

Rising global temperatures have placed two-thirds of North American birds at risk of extinction, Audubon scientists warned last year. Some 3 billion birds have vanished from the continent since 1970, another team of scientists reported in the journal Science. Avoiding the collapse of bird populations, they said, requires urgent action to mitigate ongoing threats like habitat loss and agricultural intensification, “all exacerbated by climate change.”

With most historic wetlands now on private agricultural land, conservation groups are partnering with farmers to develop wildlife-friendly practices. In the Sacramento Valley, which produces 95 percent of California’s rice, farmers started flooding their fields to decompose postharvest stubble in the 1990s, after the state restricted traditional straw burndowns to protect air quality. Water birds soon took to the flooded fields as if they were wetlands, speeding stubble decomposition in the process.

Climate change models predict decreased precipitation in the Central Valley and the Sierra, which could reduce spring snowmelt and water flows for irrigation. So scientists are experimenting with ways to use less water more strategically to provide maximum benefit to water birds as well as the state’s critically endangered salmon.

“We’ve long realized the benefits these rice fields provide to water birds,” said Strum. “We’re using these fields as insurance that they won’t get as imperiled as our salmon.”

An hour’s drive south of River Garden Farms, a patchwork of protected sites in the Sacramento-San Joaquin Delta support millions of wintering waterfowl and thousands of sandhill cranes. Widespread habitat destruction and overhunting nearly wiped out these long-lived stately waders. Greater sandhill cranes are listed as threatened in California, while lesser sandhills are a species of special concern.

A hotspot for cranes in the network of islands and connecting waterways that makes up the Delta is Staten Island, managed by The Nature Conservancy for the past two decades as a proving ground for wildlife-friendly agriculture.

Before the conservation nonprofit took over the 9,200-acre island, farmers had already determined what conditions cranes need, including optimum water depths for nighttime roosts, said Dawit Zeleke, associate director of the California Land Program at the conservancy. “The managers at the time really fell in love with the cranes and started tailoring their practices to make sure the cranes would come back,” he said. “When the property came on the market, we saw a great opportunity to show that you can have agriculture and wildlife.”

But they quickly realized how vulnerable Delta islands are to rising sea levels. So they flood strategically, both to create crane roost sites and to improve water quality by flushing out saltwater, which can reduce grain yields for farmers and birds. And unfortunately, corn, a favorite crane food, contributes to another risk of Delta agriculture: soil subsidence.

Oxidation decomposes the island’s peat soils and releases carbon dioxide. That makes growing corn in the Delta unsustainable, said Dennis Baldocchi, a professor of biometeorology at the University of California, Berkeley. Staten and other Delta islands face the double whammy of sea level rise and soil subsidence, which increases the risk of levee failure, he said. Plus, water comes in under the levees to create extended wet spots. “Farmers are not going to be able to farm the land indefinitely because there’s going to be a breakpoint, where the soils can’t dry out to cultivate and produce the corn.”

Growing rice would help reduce carbon emissions and protect the soil. But right now rice is concentrated in the Sacramento Valley, Baldocchi said, and it’s not easy to simply switch crops, given market demands.

“Rice had been tried on Staten in the 1990s, but it was too cold and never formed a seed head,” Zeleke said. “Now there are varieties that are more tolerant to cold, and we’re not having the cold mornings we used to. We just harvested our second crop.”

They’re also following experiments on other Delta islands that are attempting to create wetlands that stop oxidation and rebuild soil, a process that can take decades. The conservancy aims to have all the peat soils on Staten Island underwater as wetlands or rice by 2025, Zeleke said. “We’ll see if we can produce as many calories in the wetlands for the cranes as we do in the cornfields and rice fields.”

Planning for an Uncertain Future

California experienced a historic drought and two of the hottest years on record between 2011 and 2015, leading to a severe water shortage. “It was tough on everybody,” said Cornwell. “There wasn’t winter water for refuges and getting water for rice decomposition was a struggle.”

Droughts have traditionally pit farmers against conservationists in a state with a history of water wars. But Cornwell saw an opportunity to work with scientists to find better management practices that benefit birds and other species.

Greg Golet, a Nature Conservancy senior ecologist, works with Cornwell and other farmers to do just that. The biggest challenge is having enough flooded landscape at the right time of year, he said. Drier winters can lead to water shortfalls in the early fall and late spring, when shorebirds need to rest and replenish energy reserves exhausted on long-distance flights between Alaska and Patagonia.

These shoulder seasons are getting increasingly drier with rising global temperatures and creating a mismatch with the birds’ schedules, Golet said. “We’re really focused on trying to identify ways to make up for lack of habitat at these critical times.”

The effects of drier winters are compounded by the loss of habitat to wine grapes and almonds, the most rapidly expanding crops in the Delta. Permanent crops aren’t like field crops, which you can decide to sacrifice for a year, Golet said. “So when you get drought, trees get water before the birds do.”

Matt Reiter, an ecologist with the conservation science nonprofit Point Blue, studies the likely impacts of changing crop patterns, changing sea level rise and other climate change scenarios on migrating water birds. “One of the things we find hardest to deal with is cropland conversion,” he said. That’s because it’s so hard to predict human behavior and an individual farmer’s decision-making process.

The expansion of crops incompatible with cranes in the Delta is a major concern for Gary Ivey, a researcher with the International Crane Foundation. “A lot of the favorite crane spots are lost already,” he said. “That’s an alarming trend.”

Conservation groups have considered getting funding for a greater sandhill recovery plan that restricts farmland development to row and grain crops, Ivey said. But that won’t reverse rising temperatures in crane breeding grounds.

“In the Intermountain West, where the greaters are breeding, we’re getting drier summers and less wetland habitats,” Ivey said, referring to the cranes. And in dry years, they don’t reproduce as they should. Plus, the permafrost is melting in the Arctic, where lesser sandhills breed. Once they lose the ice that supports summer wetlands, he said, they’ll have to crowd into remaining habitats, which increases disease risk. “That won’t work very well.”

That’s why conservation scientists like Reiter keep running different scenarios of land use changes, sea level rise, subsidence and levee failure to predict what the birds will need. They’re trying to find “no regrets” solutions that keep farmers in business without harming birds.

“We need to figure out where we can start developing new roost sites on the periphery of the Delta that may be less likely to be impacted by these large climate drivers,” Reiter said.

It’s an open question whether the birds will switch to new sites, but history suggests there’s a good chance they will if the conditions are right. The challenge will be to identify places and practices that will be resilient to climate change over the long term. “If we do it that way,” Reiter said, “it will provide benefits today but it will also provide benefits a hundred years from now.” 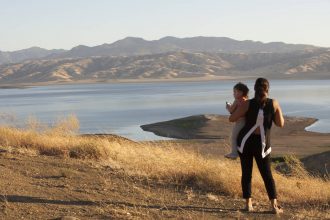 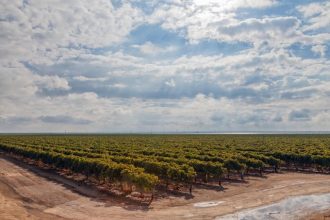 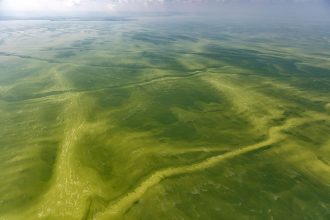 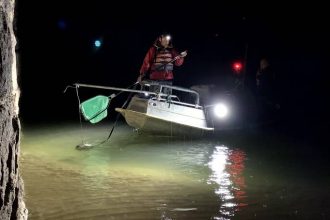