WASHINGTON—When chief executives at electric utilities brief Wall Street investors this winter about the upcoming energy outlook, natural gas and wind will shade out coal by hogging the limelight.

That’s one in a string of predictions for the new year that think tank insider Jonathan Lash offered Thursday during his eighth annual crystal ball session at the National Press Club.

Accompanied by his trusty PowerPoint, the president of the influential World Resources Institute highlighted which energy and environment stories could—or should—dominate global headlines during 2011.

In addition to the lack of potential for significant energy policy because of a hamstrung Congress, he also touched on: the re-emergence of the dispute over how to fairly allocate land and water for food and biofuels; infrastructure shortcomings for electric vehicles and high-speed trains; how China, Brazil and India are outmaneuvering the United States in the clean energy sector; and why agreements resonated at December’s United Nations climate negotiations in Cancun, Mexico.

Congress’s failure to act on global warming legislation, the hottest year on record, the BP oil spill in the Gulf of Mexico and the deadly disaster at the Upper Big Branch coal mine in West Virginia combined to make 2010 “a tough year for the environment and a tough year for environmentalists, especially in the United States,” he explained.

Success in Cancun offered a bright spot in an otherwise glum year because delegates from 193 nations made progress on measuring emissions, financing for developing nations, transferring technological know-how and slowing deforestation.

“It was very important not to fail,” Lash said about the event he refers to as “Copencun” because it essentially finished business initiated in Copenhagen in 2009.

What does that mean when reading the tea leaves for 2011?

“Pay attention to the range of energy choices the nation will be making in what is essentially a policy vacuum,” continued the man Rolling Stone magazine called a “climate warrior and hero.”

While his expectations for the 112th Congress are low, he issued high praise to the Environmental Protection Agency for trying to forge ahead with regulations on pollutants to provide utilities with the certainty they say they need to plot future fuels and technologies.

Powerful leaders in the newly aligned Republican-majority House are fuming about what they call over-regulation. They are threatening to stymie the EPA’s efforts by crafting moratorium legislation, slicing appropriations or deploying a mechanism called the Congressional Review Act.

After a six-month shakedown to separate bluster from real action, Lash said he wouldn’t be surprised to see ever-more-desperate electric utilities enter the fray to demand specific directives from the House and Senate.

Utility investors, he noted, are in a bind because coal prices are rising while prices for natural gas from all sources are dropping. Plus, a mish-mash of state energy policies just adds to the confusion.

Though he chided Congress for flailing, he tossed out “attaboys” to states such as Colorado, North Carolina and Massachusetts for boosting legislation that will encourage a shift from fossil fuels to wind, solar and other renewables.

Now, he added, it’s up to the Federal Energy Regulatory Commission to plow ahead on beefing up transmission lines that can efficiently deliver electricity from renewable sources.

Another source of fodder for trends to track during the next 12 months comes from corporate America. They continue to tout their “greenness” because customers tell them being environmentally responsible matters, Lash said, as he held up a series of full-page newspaper advertisements.

“What will they do in the coming year” on their own to tackle global warming?” he asked. “That’s something to watch.”

Clearly, the forecaster with the wonkish distinction of being named to Treasury & Risk Management magazine’s worldwide “Top 100 Most Influential People in Finance” thinks his home country could benefit from an infusion of overseas ingenuity.

Pushing this nation to shoulder its responsibility for reining in heat-trapping gases isn’t just an EPA effort, he stressed. Dropping emissions to 17 percent below 2005 levels by 2020 will remain a pipedream unless agencies such as the Departments of Energy and Agriculture are fully engaged.

“If there isn’t a government-wide push,” he noted, “the United States will be one of the countries that doesn’t meet its commitments.” 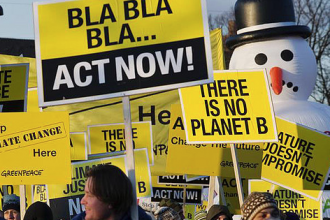 Activists to Tone It Down in Cancun 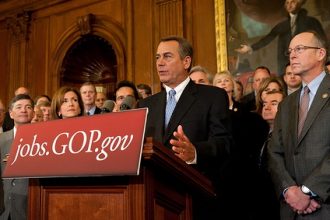 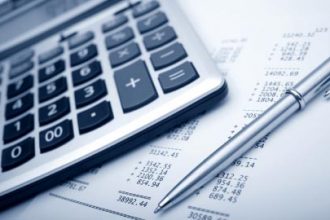 23 Energy Policies That Could Save Americans $5 Billion a Year